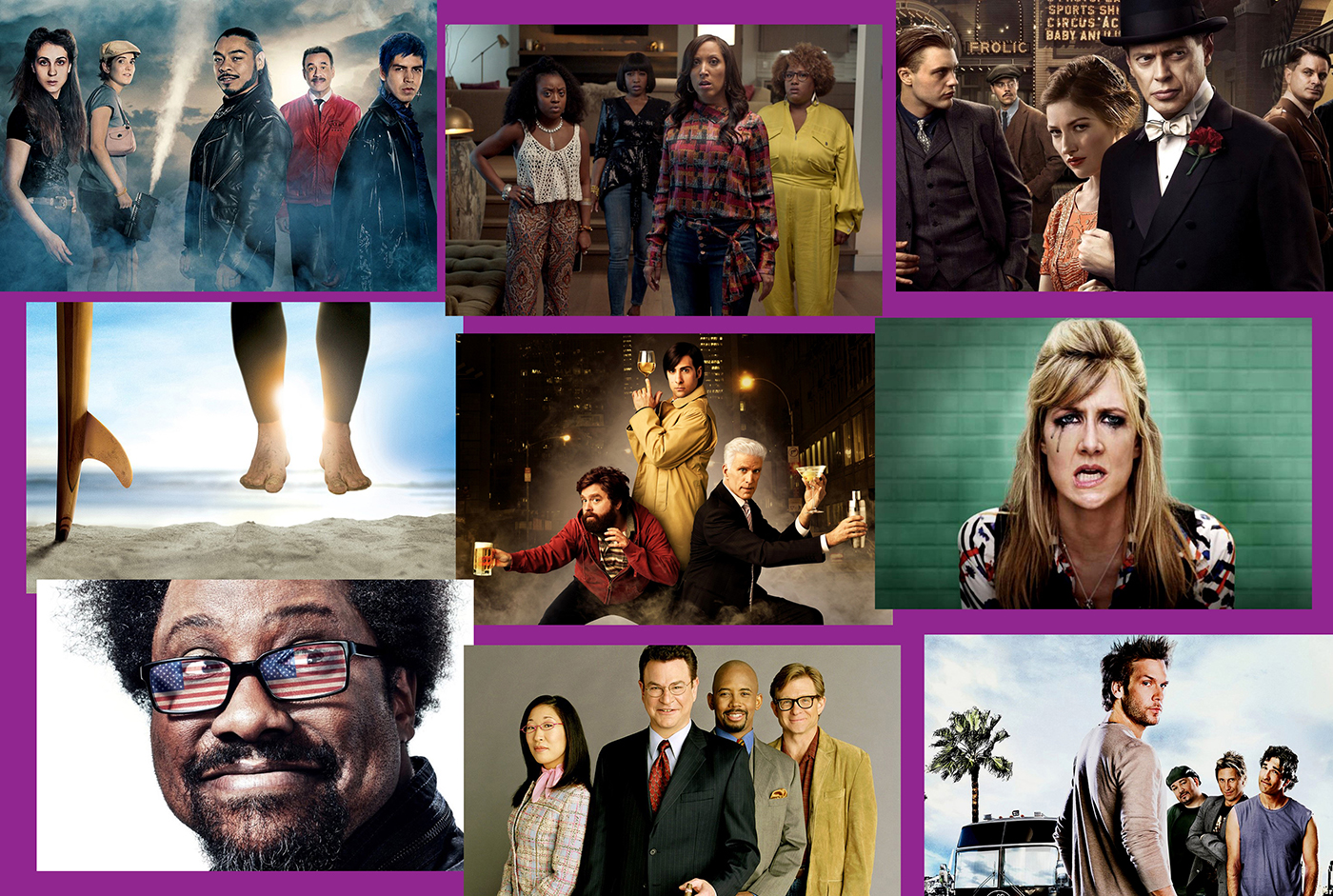 If you were an HBO Now subscriber prior to last month, you may have noticed that it somehow became HBO Max overnight. Or not—it’s a flaming clusterfuck in the land of HBO streaming. Maybe you still have HBO Now, which is just HBO … now, or HBO Go, which is HBO Gone.

Anyway: HBO Max is the “New Hotness,” because it streams all the HBO shows, plus some exclusive originals. However, the only one worth mentioning is Doom Patrol, the greatest series ever—seriously, you need it in your life. The rest are just HBO Meh.

The real draw of HBO Max is its deep library of classic shows from HBO and corporate parent WarnerMedia, which is owned by AT&T, which in turn is owned by … 5G Satan? Could be, but they don’t pay me enough here for that kind of investigative journalism. We’ll never know.

Here are nine series from HBO past and present worth discovering, or revisiting, on HBO Max (or regular ol’ HBO). Then watch Doom Patrol—have I mentioned how fan-fucking-tastic Doom Patrol is? 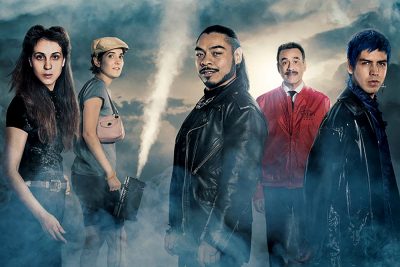 A group of 20-something friends run a business staging supernatural illusions in an undisclosed Latin American country, with support and wisdom from their stateside uncle (show co-creator Fred Armisen). Los Espookys is a loveable, weird comedy that packs 60 episodes of story and dialogue (almost entirely in Spanish) into six, immediately establishing a distinct set of quirky characters. Don’t be put off by the subtitles; you’ll be laughing too hard to notice. 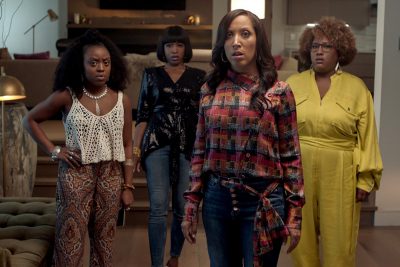 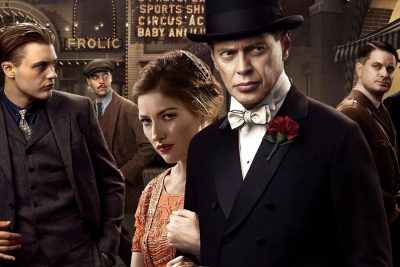 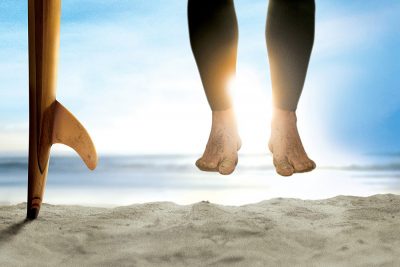 Speaking of acclaimed showrunners, David Milch closed up Deadwood and jumped right into John From Cincinnati, a single-season “surf noir” series that immediately confused the shit out of everyone. JFC is more of a “vibe” than a coherent drama, like Twin Peaks set against the backdrop of Imperial Beach. Is mystical newcomer John an alien? Jesus? Insane? Doesn’t matter. The scenery is stunning, as is the surfing—just go with the flow, bro (yeah, sorry). 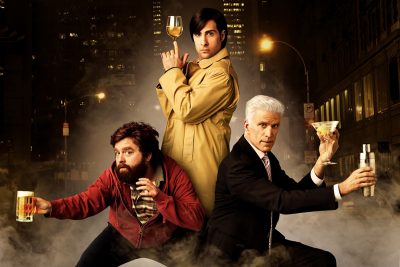 Before he stole the show in The Good Place, Ted Danson swiped Bored to Death from Jason Schwartzman and Zach Galifianakis. A Brooklyn writer (Schwartzman) begins moonlighting as an unlicensed private eye, occasionally dragging his editor (Danson) and comic-artist friend (Galifianakis) along on cases. Bored to Death is charming, smart, droll and all the other adjectives that get series canceled, but these actors have yet to top it. Where’s the movie? 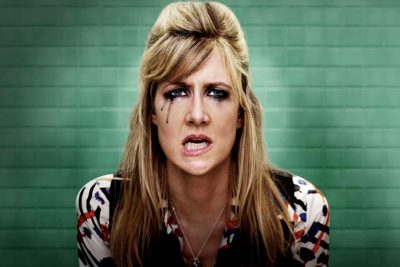 Another lauded actor who arguably peaked with an HBO series, Laura Dern absolutely owns every second of Enlightened, even if no one noticed. Dern plays Amy, an office drone whose destructive lifestyle leads to an ugly meltdown and a stint in a holistic therapy center. She emerges ready for positive change, but her world is still negative AF (we’ve all been there … or currently reside there). Enlightened isn’t really a comedy or a drama, but it is all heart. 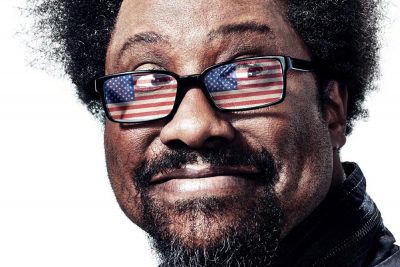 Comedian W. Kamau Bell was on the journalistic racism beat four years ago—the first episode of United Shades of America was a friendly-ish hang with the KKK! Bell’s docuseries also places deep focus on prisons, gangs, gentrification, megachurches, gun owners, LGBTQ+ rights (in SLC) and, in a prescient 2016 episode, policing tactics. But United Shades isn’t a downer, thanks to Bell’s quick wit and hopeful outlook—good luck the next couple of seasons, W. 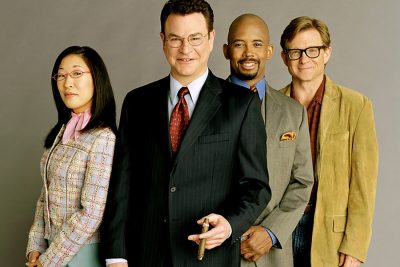 The Sopranos wasn’t the first HBO original, and neither was Oz: In the olden days of 1996, there was Arli$$. HBO funded 80 episodes of sports agent Arliss Michaels (Robert Wuhl) sitcomming it up with real-life jocks and celebrities, and at least half of ‘em turned out funny—not a bad return. Arli$$ is mostly notable for being an already-sharp Sandra Oh’s (Killing Eve) first steady gig, as well as calling out Donald Trump’s bullshit before it was cool/civic duty. 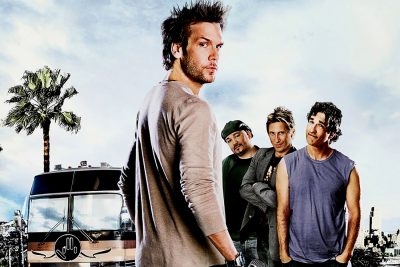 Just a sobering reminder that Dane Cook was once a thing.