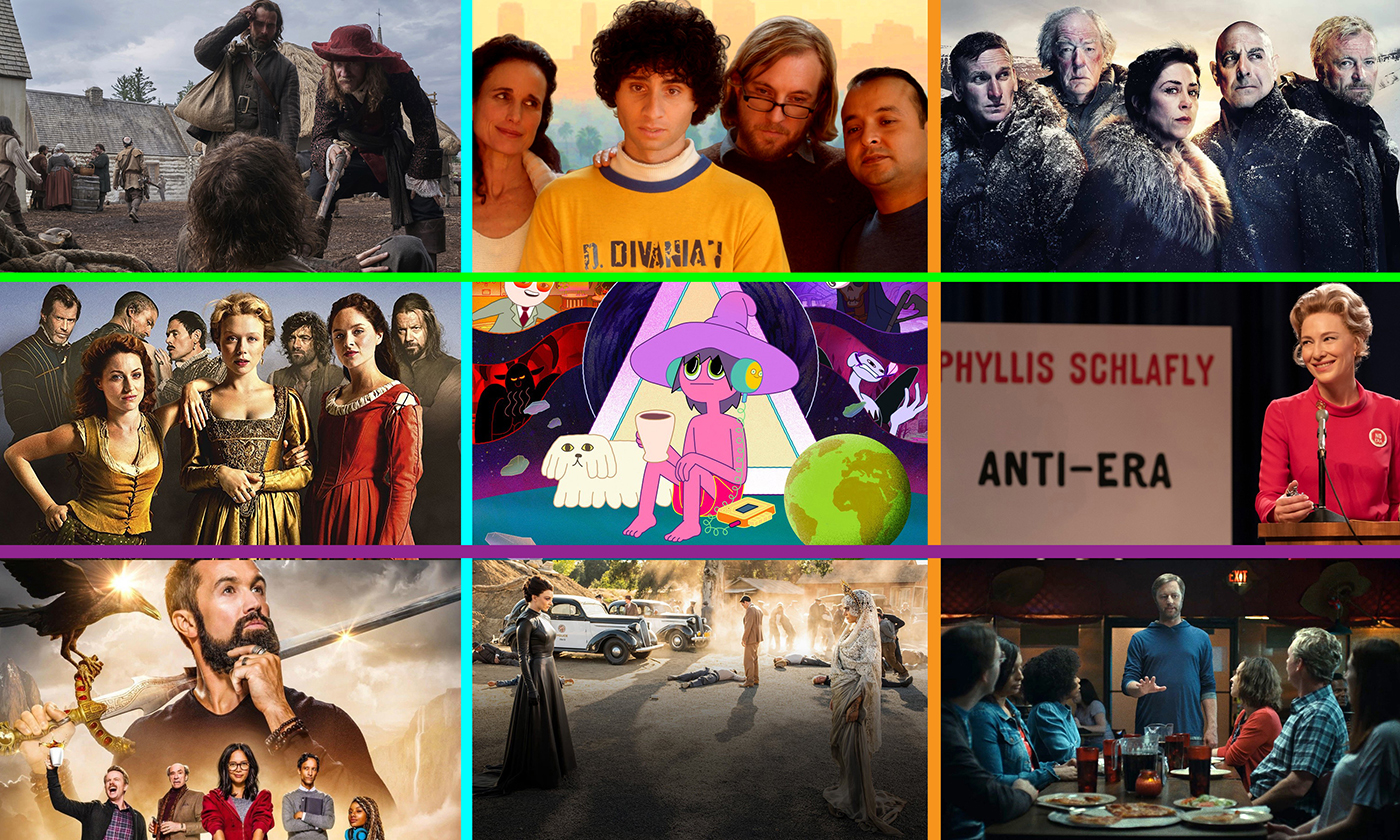 Perhaps the biggest tragedy of These Uncertain Times™ is the plight of our precious film critics: With no movies in theaters, they’re reduced to covering new releases debuting … on TV. The horror—reduced to the level of a common television critic! Thoughts and prayers.

Meanwhile, over here in the TV streamverse, business is booming. You may think you’re caught up on all the shows, having been stuck in lockdown for months with nothing but a remote and your own existential dread, but no—there’s always more (TV, that is … well, existential dread, too).

Here are nine series that debuted recently that you might have missed, a couple of which were brought to my attention by listeners of my podcast, TV Tan. They’re a sharp dozen. 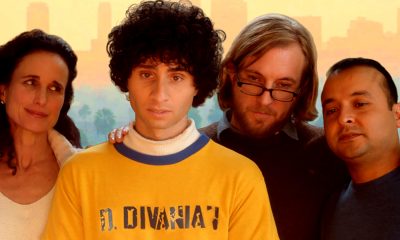 The Dress Up Gang (Season 1 on TBS)

L.A. roommates Donnie (Donnie Divanian) and Cory (Cory Loykasek) have a squirmy, surreal dad/son dynamic straight out of the “very special episode” trope of family sitcoms—and that’s the least weird aspect of The Dress Up Gang. Like a low-key Tim & Eric, their daily courtyard mundanities are hysterically high-stakes (like the terror of a doorbell ditcher, or new white sneakers). Also, for no reason, their apartment neighbor is Andie MacDowell (as herself). 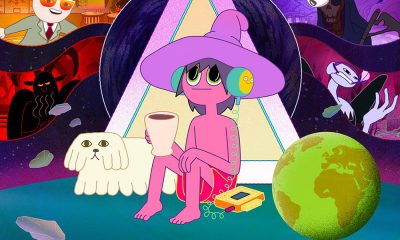 The Midnight Gospel (Season 1 on Netflix)

Mashing up the deep-think interviews of The Duncan Trussell Family Hour podcast with fantastical animation (by Adventure Time’s Pendleton Ward), The Midnight Gospel is utterly unique. Trussell voices Clancy, a “spacecaster” who visits apocalypse-bound worlds through the multiverse for enlightenment, kicks and content. The combo of intellectual dialogue and acid-trip visuals should be overwhelming, but The Midnight Gospel is actually soothing. 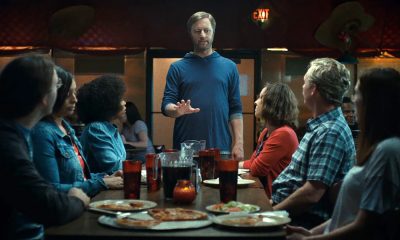 Backed by a killer cast that includes Sasheer Zamata, Mary Holland and even Beau Bridges, comedian Rory Scovel turns what could have been a throwaway movie plot (small-town youth basketball coach dreams of glory) into a charming, eight-episode series with subtle, bizarre twists. Scovel’s Robbie comes off like a detached Kenny Powers (Eastbound & Down), but the show keeps the Southern stereotypes to a minimum (only one KKK-founded ice cream shop). 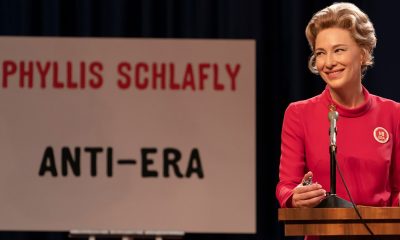 A miniseries based on the true, dark political story of the ’70s battle for the Equal Rights Amendment shouldn’t be this fun. Likewise, ERA opponent Phyllis Schlafly (Cate Blanchett) shouldn’t be this sympathetic, but Mrs. America pulls it off. The real-life feminists (played by Rose Byrne, Margo Martindale, Uzo Aduba and more A-list actors) didn’t win on every front, but Mrs. America is a colorful and firm reminder to keep kicking against the patriarchal pricks. 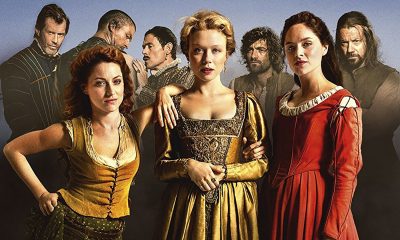 In 1619, over a decade after establishing a colony in America, the men of Jamestown are finally sent British women to marry (they purchased them like livestock, more accurately). Jamestown is a soap opera with beaver pelts and bonnets, a period piece that favors glossy drama over historical veracity, which is what you’d expect from the production company behind Downton Abbey. Jamestown is an engaging watch, as long as you don’t think too hard about it. 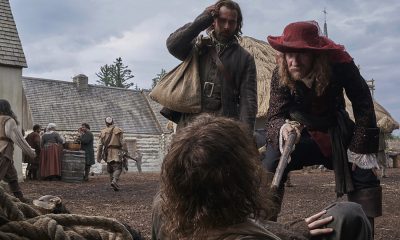 For a slightly more historically accurate dramatization of young America (1690s French-colonial Canada, that is), there’s Barkskins. Leaning more Deadwood than Downton Abbey, Barkskins juggles multiple storylines of frontier intrigue, most notably those of a hard-nosed innkeeper (Marcia Gay Harden) and a gonzo land baron Claude (David Thewlis, chewing all of the scenery). It’s a dark, strange, and occasionally funny saga—from NatGeo, of all places. 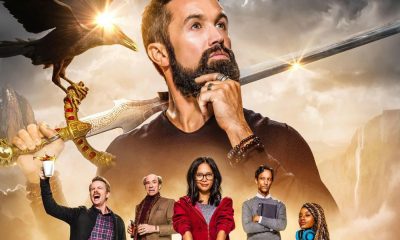 Not that there’s much competition, but Mythic Quest: Raven’s Banquet is the best show on Apple TV+ (yes, it’s still a thing). Co-created by and starring Rob McElhenney (It’s Always Sunny in Philadelphia), the smartly-scripted MQ:RB is set behind the scenes of a video game company that makes the titular multiplayer, and the workplace is (barely) controlled chaos. What Veep did for politics, Mythic Quest does for gaming, just less profane and with far more positivity. 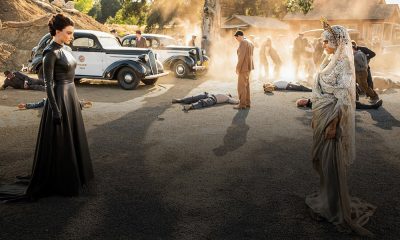 Remember 2014–16 gothic horror series Penny Dreadful? Doesn’t matter; Penny Dreadful: City of Angels is related in name only. The story is a sun-saturated tangle of Mexican folklore, crime noir, Christian evangelism, Nazi conspiracies, and racial tensions (whew) in 1938 Los Angeles, but the players sell it. Nathan Lane’s LAPD cop and Kerry Bishe’s radio preacher are on-point, but Natalie Dormer’s demonic Magda (among three other roles) is the reason to watch. 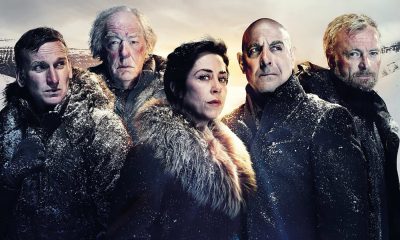 The icy beauty of Fortitude, a small Norwegian Arctic island populated with fishermen, scientists and polar bears, could carry Fortitude on cinematography alone. But, there’s also a murder thriller at play here that becomes more eerie and X-Files–anomalous by the episode. Everyone in Fortitude has a secret—or, at the very least, a charming accent—and the investigation shifts focus on a dime. A tidy conclusion isn’t coming, but the ride is a rush.