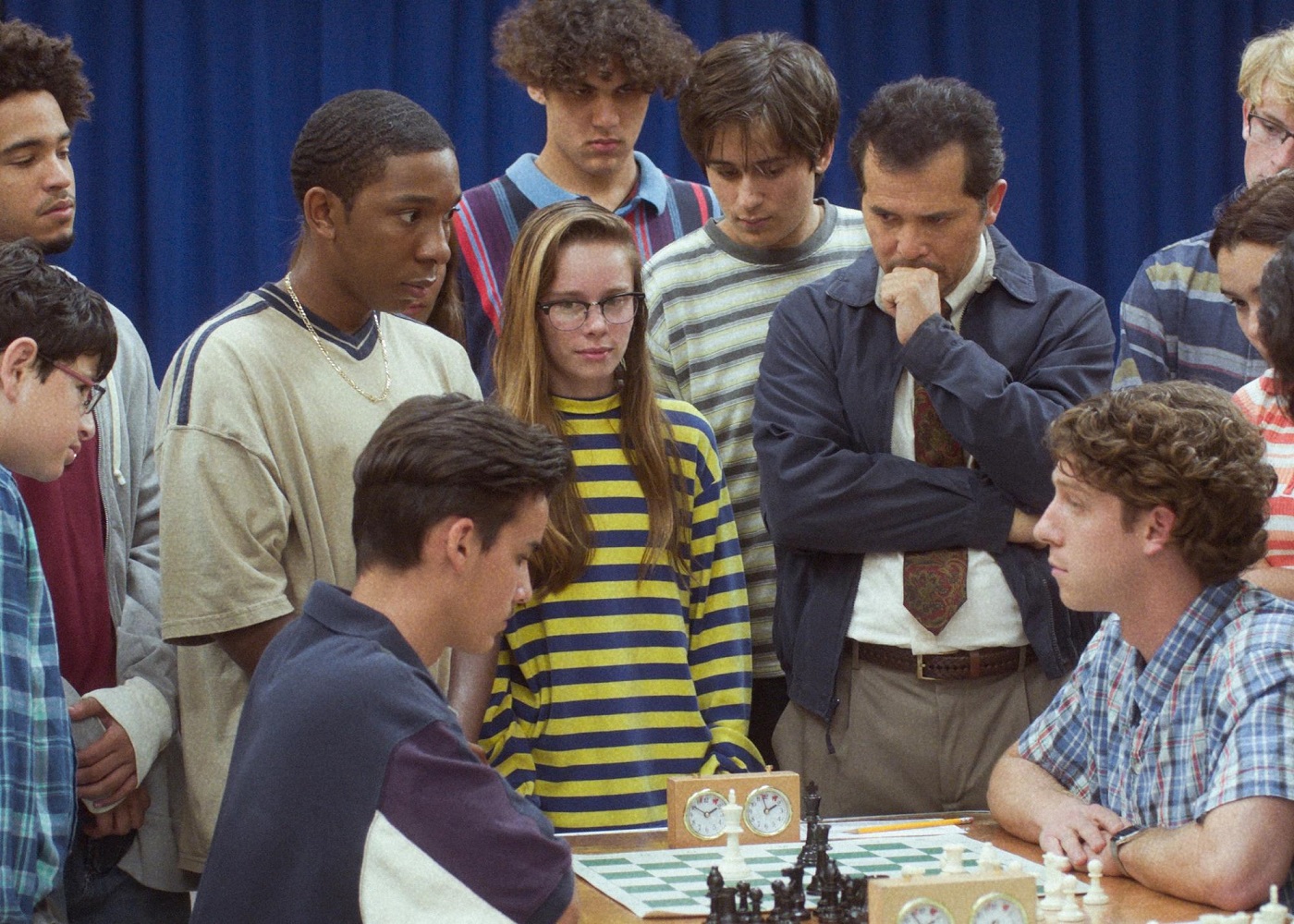 Chaplin/Berkowitz Productions
In Theaters and Streaming on Video on Demand: 09.04

There’s something intangible about actor John Leguizamo that often leaves me not just appreciating his performances, but wishing I could literally thank him for them. My awestruck admiration goes all the way back to 1995 and his astonishing work in To Wong Foo, Thanks For Everything! Julie Newmar, and only grew with his performances for Baz Luhrmann in Romeo + Juliet and Moulin Rouge!, Leguizamo’s love of what he does and tendency to bring his A-game no matter how silly the film or how small the role tends to leave me feeling enriched by the opportunity to watch him act. Call it a man crush if you want, I don’t care—I like the guy.

Based the true story of Cuban-American teacher Mario Martinez (Leguizamo) and his national championship–winning chess team at Miami Jackson High School, Leguizamo’s sophomore directorial effort, Critical Thinking, is sort of Dead Poets Society mixed with Welcome Back, Kotter, where an inner-city teacher inspires his students to rage against the dying of the light, Dangerous Minds–style.

Martinez is hired essentially to fill a quota, working as an elective chess teacher and with minority students. The class is seen by the Principal (Rachel Bay Jones) as almost a soft version of detention, but things start to change when one student decides he wants to take competition season seriously: Sedrick Roudtree (Corwin Tuggles), a young African-American, lives with his emotionally abusive, jobless father (Michael K. Williams, who appeared with Leguizamo in When They See Us), recruits Ito (Jorge Lendeborg, Jr, Bumblebee), a smart but angry teen who lives in a neighborhood run by gangs; Gil (Will Hochman), a charismatic boy of Spanish descent who left the class after a fight with Sedrick, and class clown Rodelay (Angel Bismark Curiel). The underdog team must overcome a system that keeps them down and a total lack of support from anyone but Martinez, but against all odds they keep going until they find themselves going to state championships and beyond.

This may all sound pretty formulaic, and frankly, in many ways it is. But much like the kids it portrays, it rises above a preconceived notion of limitations through tenacity and passion, and Leguizamo the director is as driven as Leguizamo the actor. It’s plainly obvious that he’s emotionally invested in the story and on a mission to make a statement about not writing off inner city teenagers who have been pushed down by a system that writes off anyone of certain races and economic classes.

Leguizamo’s performance is energizing and always grounded in the moment. I’ll jump back to the previous comparisons: this is like watching Gabe Kotter if he’d been played by Robin Williams instead of a mediocre comedian with no acting experience. Michael K. Williams takes a character who is easy to hate and plays him so starkly human that I felt empathy for the devastating sorrows that turned him into the man he is, and it’s a performance that deserves recognition. Tuggles—I now want to get a dog just so I can name it Tuggles—and Lendeborg are both powerful, Hochman is natural and very likable and Curiel is effectively obnoxious but surprises in a few moments with his layered intensity.

The tight pacing and understated, skillful visual style makes Critical Thinking easy to get swept up in. If I have any major criticism it would be the failure to truly wrap up one particular plot thread, but other than that, the film works on just about every level. It’s a triumph for Leguizamo and his team, and anything that can bring an honest sense of hope in these times is something I fully and enthusiastically embrace. Thanks, John. –Patrick Gibbs