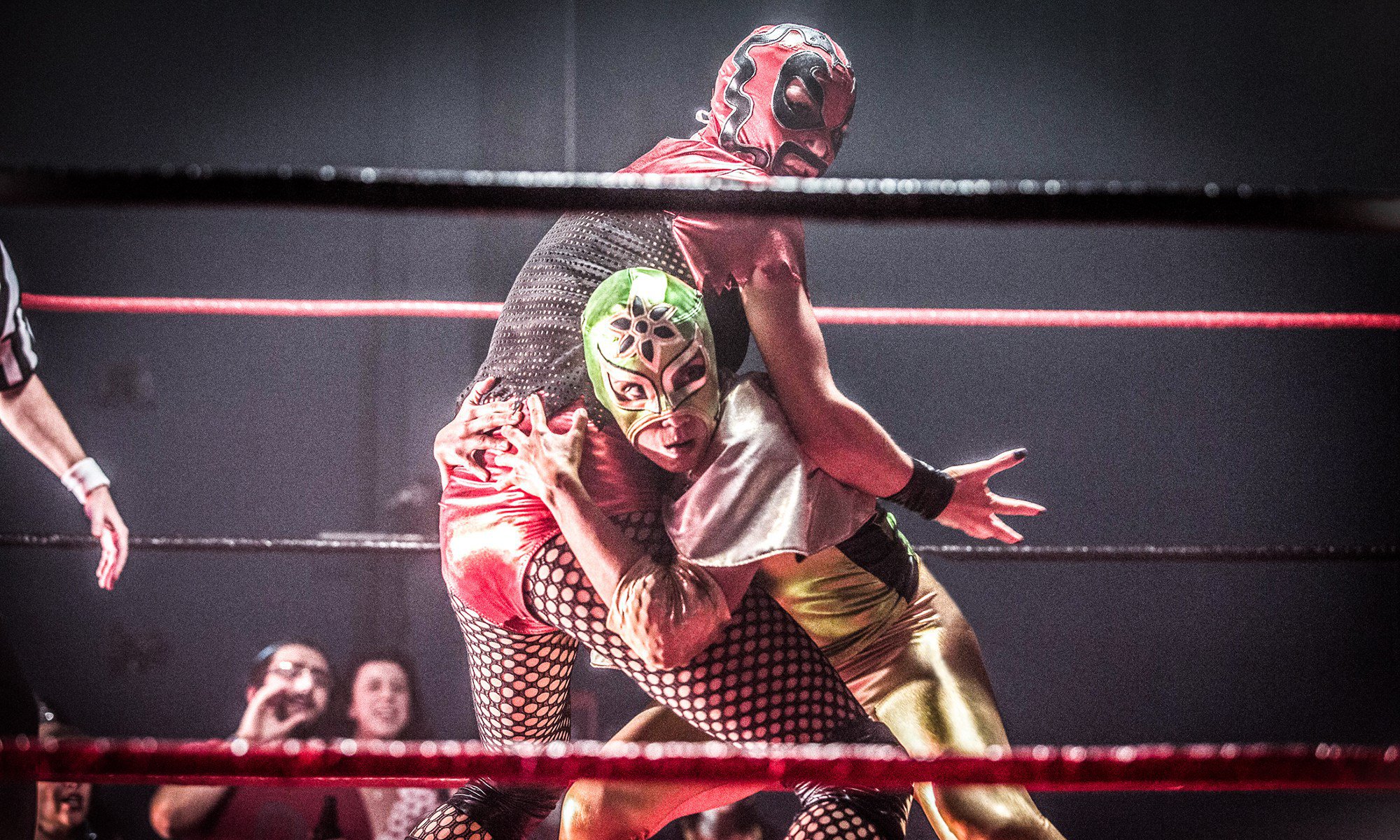 Director Jennifer Reeder’s Signature Move is a light and heartfelt indie film that combines queer love with coming-of-age and mother-daughter relationships. It’s not an uncommon storyline, two women meeting and falling in love and learning from each other, but Signature Move celebrates a breadth of identities, experiences and cultures. Set in Chicago, the film shifts the spotlight from the queer stories we’re often used to seeing onscreen—white and Eurocentric—for a sweet and earnest romantic comedy.

Zaynab (played by Fawzia Mirza, who co-wrote the script with Lisa Donato, is a semi-autobiographical role) is a Pakistani-Muslim lawyer who works in immigration issues. Early on in the film, she takes up her client Jayde’s (Audrey Francis) offer for an alternative form of pay: wrestling lessons, a subplot/device that comes up throughout Signature Move. At home, Zaynab lives with her recently widowed mother Parveen (played by Shabana Azmi, star of the 1996 Fire). Loving but conservative, Parveen spends her time watching TV dramas, trying out deep-red lipsticks when Zaynab isn’t home, and looking for male suitors for her daughter with binoculars through her windows.

At a bar, Zaynab meets the dynamic Alma (Sari Sanchez), a Mexican-American bookstore owner. The two hook up and, bit by bit, a relationship ensues. Things get tricky when family comes in. Zaynab and Parveen share a mutual respect in their more typical South Asian mother-daughter relationship, but Zaynab fears that her mother won’t accept her queerness. Alma, on the other hand, is close friends and confidants with her mother, Rosa (a former luchadora who went by Luna Peligrosa, played by Charin Alvarez). Alma is completely open with her mother about her sexuality and her dating life, and feels that being with the closeted Zaynab would be a step backward. When she gives Zaynab an ultimatum, Parveen catches the moment through her binoculars.

While Signature Move is certainly about Zaynab and Alma’s romance, it more resonantly explores the relationship between Zaynab and her mother from a multicultural lens, framed by Zaynab’s queer identity. Zaynab and Alma find several common grounds with one another, from language—they speak Urdu and Spanish at home, respectively—to an appreciation of women’s lucha libre (in one scene, they kiss in a grocery store while wearing the bright wrestling masks). But when Alma presents the coming-out ultimatum to Zaynab, Zaynab pushes back, wanting to navigate her relationship with her mother, as well as her identity, on her own terms. That’s the most crucial and moving element of Signature Move: The film never decries any of its characters. It doesn’t uphold one mother, parenting style, expression of outness, or culture above another. Instead, the film deliberately avoids adhering to more dominant queer coming-of-age or coming-out narratives, choosing instead to focus on its characters’ individual and cultural, familial and intergenerational experiences.

At times, some of Signature Move’s dialogue feels unnatural, with a couple of the scenes coming off as little more than plot device. Other themes and points of interest felt glossed over, like the recent death of Zaynab’s father, or the less in-depth character development of Alma’s relationship with her family. That said, the film’s more lightweight tendencies still add to its charm. With so many white-centric narratives in queer cinema (and so many others that exoticize narratives of queer people of color), Signature Move’s funny, upbeat storyline and likable characters—and its ability to embrace every one of its characters’ identities—are a breath of fresh air. –Kathy Rong Zhou