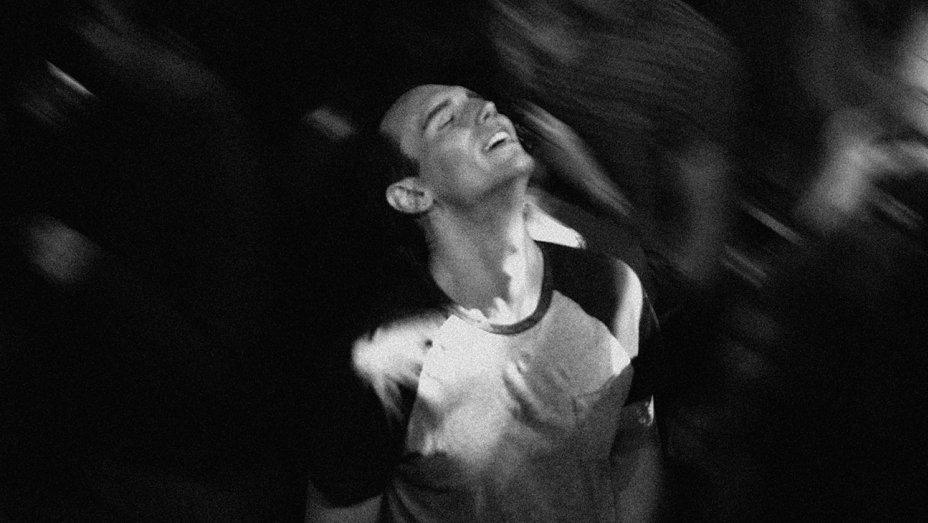 It’s 1985 and Adrian (Cory Michael Smith) has returned home to Texas. It’s Christmas. His mother, father and younger brother still live in this town, and they’re delighted to see him after he’s been away in New York for years. In the kitchen, Adrian is chopping onions—slowly, as though his mind is elsewhere, and suddenly he cuts himself. As he recoils in pain, his mother turns to help him, and he reacts harshly, in deeper pain than we can see. He demands she go get a first aid kit, and in the few moments she is gone, he quickly cleans, scraping not just the bloodied onion into the trash but the knife and the whole cutting board. He scrubs the area around it meticulously. As his mother returns, offering to help, he snatches the first aid away from her. “I’m fine, Mom. I’m not a child.”

1985 is Adrian’s story of moving through his hometown one last time. Having contracted HIV from his now-deceased boyfriend while living in New York, Adrian struggles to reconcile his relationship to his god-fearing family with his knowledge that he is sick, that he will almost certainly die, that in 1985 he is a victim of a virus whose eradication might as well be a million years away. As Adrian goes through the motions of being home again—bonding with his younger brother, helping his mother do groceries and reconnecting with his high school love interest–turned–best-friend—his resolve wears down. What he hoped would be a chance to see his home one last time turns into a reminder of what it feels like to be an outsider, how your own home can feel like a different country.

One of the most relatable motifs of stories like Adrian’s is the sense that as a queer person you are marked, destined for an early exit. You are society’s weeds. Thirty-three years after the first wave of the AIDS epidemic, it’s easy for us, even young queer people, to forget or not realize how social dynamics played into stigmatizing gay men and women who were sick and needing help. In 1985, there is the increasing sense that although the people in Adrian’s life love and appreciate him, they are so distant from the social paradigm required to confront homosexuality that they feel incapable of grappling with seeing Adrian for who he is, and from Adrian’s point of view, you can understand the reluctance to be honest. In 1985, you cannot expect anyone to be on your side. Even when Adrian’s mother reveals she voted democrat this year, citing equal rights as a factor that swayed her, her solidarity feels theoretical. You can’t blame Adrian for increasing his distance.

When there is nothing to be done, nothing to lose, the tendency is to hang on to what feels normal, if only for minutes at a time. It’s a way to cope, to navigate a reality where no one will help you, and God has long abandoned you and the people who could help you have already died. 1985 is the kind of movie where you know what will happen, the cards are on the table, but it’s the marination of each scene that matters. As the film nears its end, Adrian tells his childhood best friend what’s happening, begging her to someday tell his little brother “what actually happened.” To some degree we are a part of that secret, and this story will continue to be an important one to tell for a long time to come. –Parker Mortensen