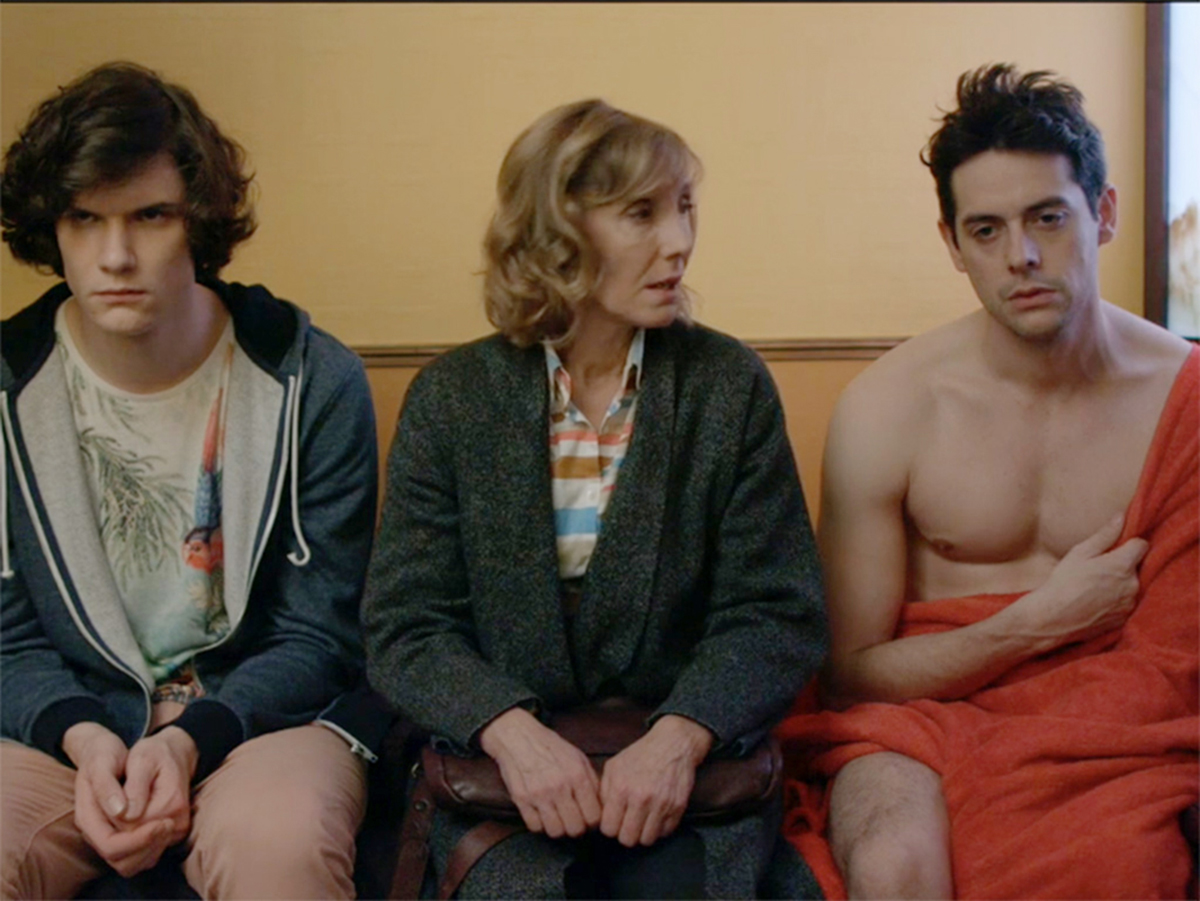 My Life With James Dean is charming, funny and sweet. The slow pace, small-town setting and care with its characters work together to give this film an atmosphere of kindness as aspiring indie filmmaker Géraud Champreux (Johnny Rasse) befriends the people he meets in the coastal town where his new film is being shown for the first time.

Things begin poorly for Géraud when his phone is stolen by a child on the bus into town. They continue in a similar fashion when there is no one there to greet him once he finally arrives at the theater, which—to the knowledge of the staff—is not actually scheduled to play his film. Adding insult to confused injury, when they do show it, only one ticket is sold. The morning after his poorly attended screening, and the night at the bar that followed it, Géraud wakes up in his hotel room. He has been carried there by Balthazar (Mickaël Pelissier), the projectionist from the theater, and Gladys (Juliette Damiens), the hotel receptionist. There, he is greeted belatedly by Chairwoman Sylvia van den Rood (Nathalie Richard), who invited him to show his film, and who explains over breakfast that she is currently going through a bad breakup that caused her to forget about his film entirely.

At this point, My Life With James Dean becomes a rom-com of sorts with trains of people all following each other around town, sudden declarations of love and tirades against the idea of happiness in life when it doesn’t work out, with Géraud right in the middle of everything.

My Life With James Dean’s strongest element is how well it approaches its tropes, particularly that of the film within a film. When creating an homage of any kind, it can be easy to fall into tired clichés or mere repetitions of past work. This film doesn’t waste time trying to explain Géraud’s film to the audience—or worse, showing it. Instead, we see enough to get the idea—an artsy romantic drama that the locals classify as difficult cinema—before shifting focus back to Géraud, his artistic journey and his relationships with the people around him. Similarly, the sillier elements aren’t painted with the broad slapstick comedy strokes often seen in rom-coms, though they still maintain many of the better elements of romantic comedy. And finally the characters are well-written and fully rounded. Each character is odd enough to be funny but small enough to feel real. They all have their little eccentricities, but they don’t fall into the trap of coming off as superficially charming and quirky one-liner machines—they feel like people with real feelings and desires, even when those desires lead them to do ridiculous things. The overall effect is a film with a uniquely sweet story and a cast of characters who—though strange—are relatable and fun. –Lois Brady