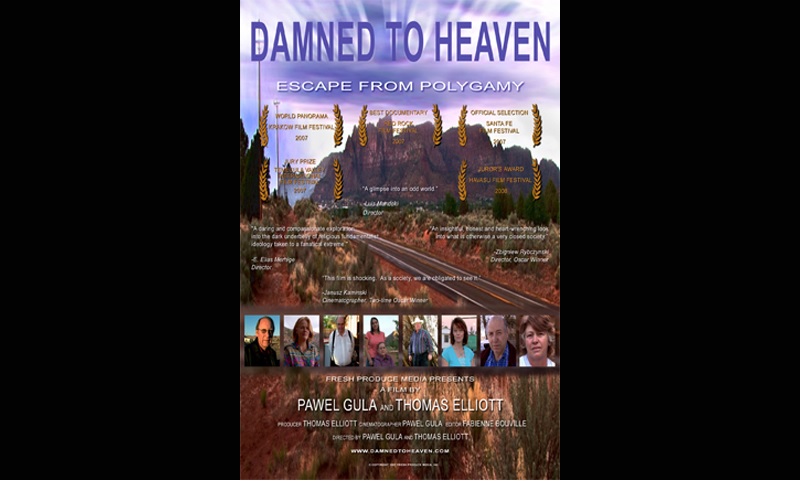 This film started making the festival circuit last year and will soon be released on DVD. It follows the story of several former FLDS members and the hunt for their fugitive leader Warren Jeffs. Interviews with members and audio clips from sermons given by Jeffs paint an eerie picture of the goings-on of this apostate group of fundamentalist Mormons. Much of the story revolves around the high rate of sexual predation among FLDS families, proof that when men are encouraged to take multiple brides, and when women are compelled to believe that this is what God wants for them, it becomes very difficult for healthy sexual relationships to develop. Stories of statutory rape, molestation and community silence show exactly how far gone this community really is. The saddest part, though, is how many of the exiled members cited here still feel like polygamy is how God wants them to live, it is their own weaknesses that keep it from working properly. And while this outlook shows just how deeply engrained the polygamist lifestyle is in their communities, it also shows how manipulative and genuinely evil Jeffs and his colleagues really are. Hopefully his recent conviction on accomplice to rape charges will keep him locked up for a very long time. –James Bennett