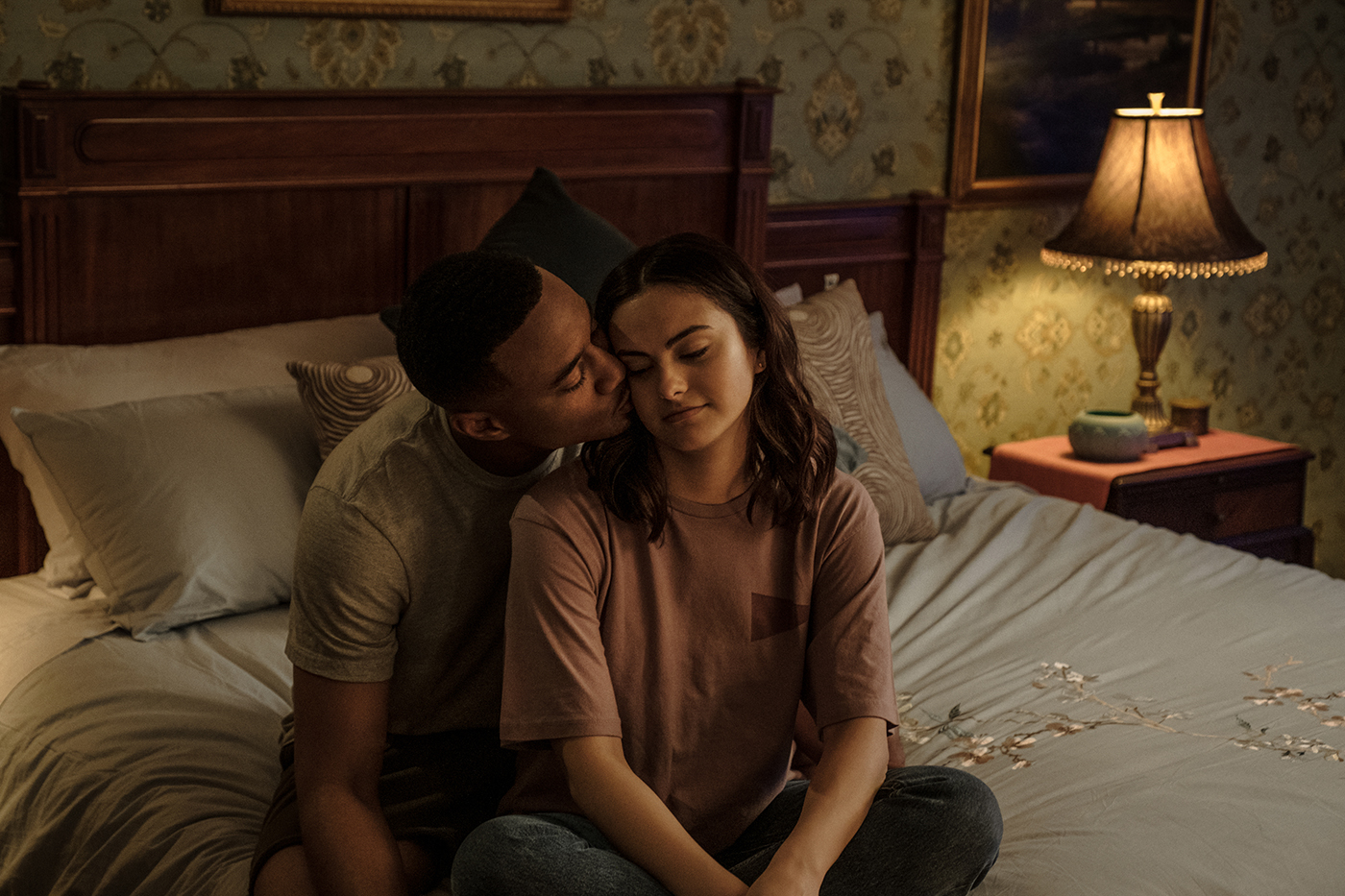 Sometimes, a really bad film can be almost as entertaining as a really good one, in the same way that one sometimes enjoys eating a couple of Hostess fruit pies more than they would something resembling food. Sadly, Dangerous Lies is not such a film. It’s more like leftover takeout sitting at the back of the fridge: It’s not even worth thinking about long enough to go to the effort of tossing it in the trash, even if it’s really starting to stink.

After losing her waitressing job, Katie Franklin (Camila Mendes) takes a job as a caretaker for Leonard (Elliott Gould), a wealthy elderly man who lives alone in a sprawling Chicago estate. The two grow close, but when he unexpectedly passes away and a lawyer (Jamie Chung) names Katie as his sole heir, she and her husband Adam (Jessie T. Usher) are pulled into a complex web of lies, deception and murder. If she’s going to survive, Katie will have to question everyone’s motives—even the people she loves.

There’s simply no excuse for how lazy and halfhearted this movie is, and I found myself seriously wondering if anyone involved cared about it all. Camila Mendes made no impression on me one way or the other, but Jesse T. Usher is a very talented and charming actor whom Hollywood cannot seem to write a decent role for, and it’s really starting to make me angry. The lovely Jamie Chung brings enough of an appealing presence that she made Dragonball Evolution and Sucker Punch mildly enjoyable, a quality she replicates here. As for Elliott Gould, I’ve loved him since I was a kid, and it’s something of a relief to watch this and think maybe he wasn’t even alive while he was shooting this—and he’s not even dead yet.

This is a prime example of good actors being given nothing to work with and just giving up. It’s the kind of insipid thriller where the characters make one almost comically asinine decision after another until you start rooting for them to get physically injured. Worst of all, while I give the filmmakers the benefit of the doubt that this was not their intent, it is hard to escape the feeling that the message here is “white girls are sweet but stupid, and they should never trust people  of color because that will always get them into trouble.”

Director Michael M. Scott—no, he didn’t make Threat Level Midnight—has a lot of Hallmark and Lifetime movie credits to his name, and that is the level of quality we’re getting here. The only production company listed on the film is Netflix, and if this is indicative of what we’re going to be getting from in-house productions down the road, they should keep focusing on acquisitions and distribution. I would say that if Dangerous Lies were a dog, you’d have it put down for its own good, but that isn’t strong enough wording. The truth is that you’d go full Old Yeller on its ass, and then feel disturbed by how much you enjoyed pulling the trigger. –Patrick Gibbs