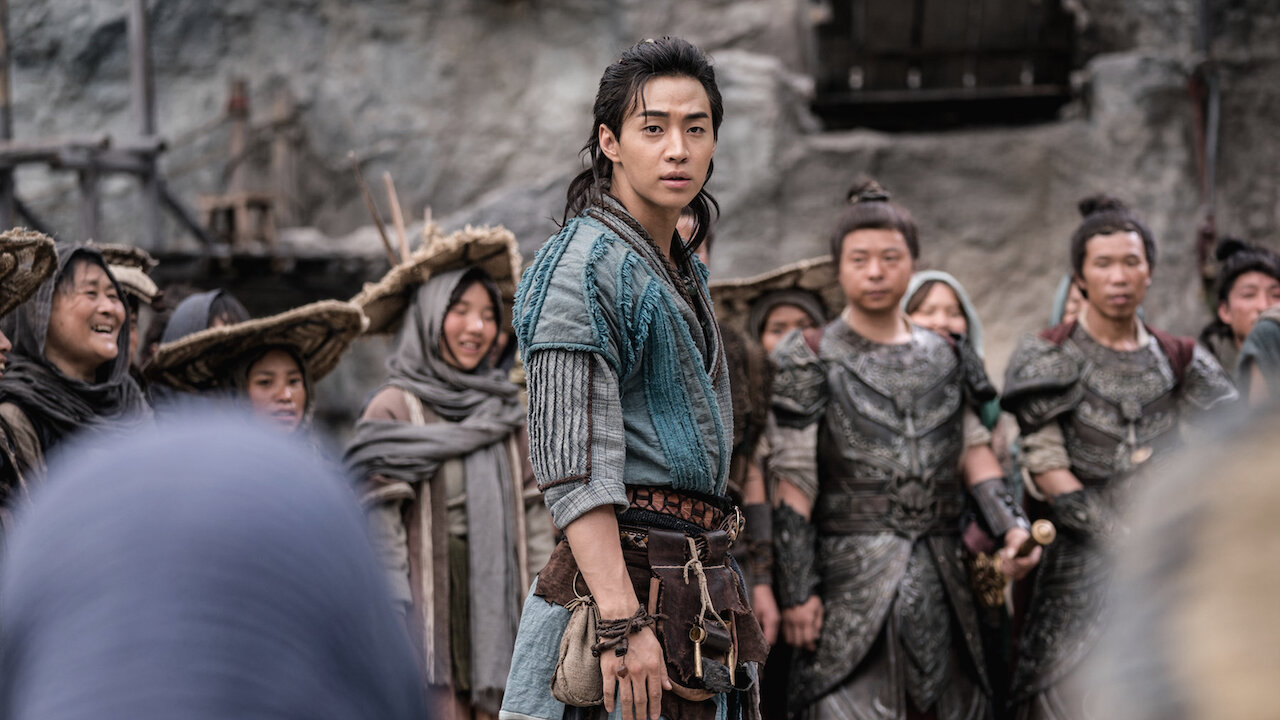 If there is one thing that has sustained me above all else over the past four months, it is my home theater. I would love to tell you that one day, I gave a ride to an old man who told me to buy an HD projector and stereo system before promptly vanishing into thin air, but it was just a fortunate coincidence that I finished up the basics on this just before the pandemic hit. So, while I have not been able to go out to the movies—and believe me, I’m dying for IMAX again—I have been fortunate enough to watch the biggest streaming releases on my own big screen. I was pretty confident in the belief that Greyhound would be the most essential film to have the big screen experience, and it was …. until Double World came along.

This Hong Kong fantasy epic, which is based on a popular online MMORPG game, was intended to be a major theatrical release. But desperate times call for desperate measures, meaning a release on the IQiyi streaming service in China on July 24 and on Netflix everywhere else the following day.

Double World is set in a fictional world called Central Plains, which is made up of 10 kingdoms, with the South Zhao and North Yan regions possessing a long history of conflict. When as assassination attempt is made against The King of North Zao, war becomes imminent. However, the kingdom is minus a Field Marshall, and this being a fantasy film based on a video game, the process to choose a successor involves an elaborate tournament.

When news about the contest spreads to a remote village called Qing Yuan, a humble villager, Dong Yilong (Henry Lau, A Dog’s Purpose) wants to represent the village. On the way, Yilong teams up with two fellow competitors, a warrior named Chu Han (Peter Ho, Sword Master) and a young female warrior, Jianjing (Lin Chen Han). Although the trio each joins the tournament for very different purposes, their fates soon become intertwined, and the fate of a world rests on their shoulders.

While some would rather focus on debating how their government handled the COVID-19 outbreak, I will focus on the positive by giving China credit for doing something this year that America can not: They made a kick ass movie based on a video game. In short, Double World is the biggest, most spectacular and magnificently entertaining action movie of the summer.

Lau, the singer/songwriter/violinist mononymously known as Henry, is something of a sensation in China and Korea, and he makes a great Luke Skywalker type; he’s quite a dynamic presence who has a promising future in film. The main trio here makes for a great team of action heroes, and Luxia Jiang (Once Upon A Time In Shanghai) backs them up with a smoldering performance as a freed slave hell bent on vengeance.

Director Teddy Chan (Bodyguards and Assassins, Kung Fu Jungle) is phenomenally talented, helming this large scale film with grace and expertise. Frankly, I was taken aback to learn that Double World only cost $43 million to make—it has the production value of a $200 million blockbuster, including some truly eye-popping visual effects that compare favorably to the stuff Peter Jackson was doing back when he was still alive. The movie fares better when it’s concentrating on action than on drama—it’s no Crouching Tiger, Hidden Dragon—but it’s not without a few solid emotional moments.

If you are looking for an awe-inspiring and adventurous moviegoing experience, no matter what size your screen may be, I highly encourage you to give Double Word a chance. –Patrick Gibbs