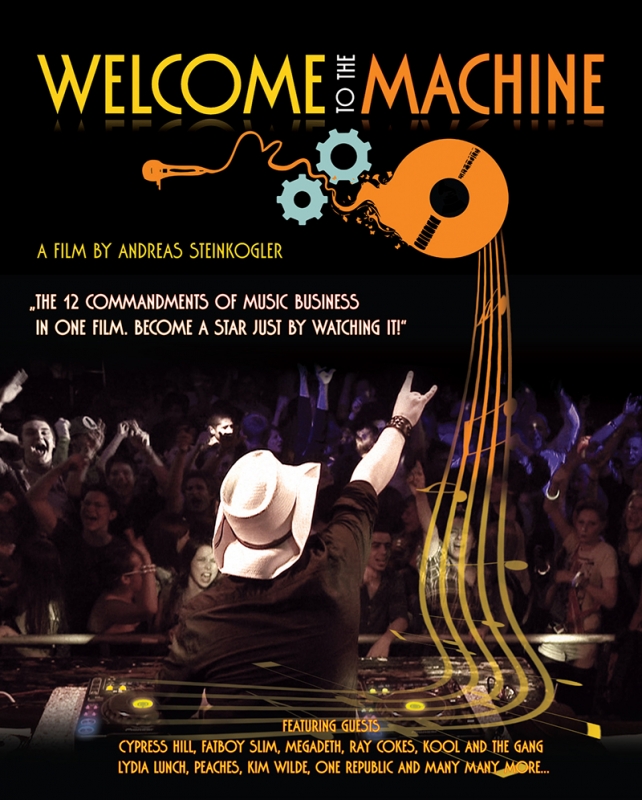 Fugazi’s Instrument this is not. A fundamentally cynical take on the music industry, Welcome to the Machine follows the aspirations of an Austrian Bravery-soundalike band with a DJ called The New Vitamin (to me that reads like parody, but I’m fairly sure it’s not). While you can’t really fault a movie about the music business for being cynical, it’s at best boring and at worst despair-inducing to see musicians ranging from reputable to Buckcherry talking about such things as their image. It’s entertaining to watch someone do something he or she is very skilled at; this movie is like watching a chef talk about rotating his tires. Things like passion and self-expression are tacked onto the end along with a “Be careful what you wish for” shrug. As a result, the movie comes across as the frustrated attention-seeking of a frustrated, attention-seeking band. Their personalities are the best part—one band member tells the audience to suck his nuts after they win a battle of the bands—but Welcome to the Machine focuses on interviews with other artists, depriving us of the guilty voyeurism of their Real World-level arrogance. The movie is appropriately disenchanting for the handful of people not already jaded by the music industry, but it may be more instructive for an aspiring A&R guy than for people who want to make music. -Nate Housley

American Masters on PBS is a series highlighting gods of music throughout history. This episode, focusing on Jimi Hendrix’s life and love––music––is a taste of all things holy for Jimi fanatics like myself. It begins with briefly detailing his childhood and introduction into guitar, facilitated by his father. While the story progresses into his potent performance style, the documentary focuses on interviews with family, friends, media contacts and professional associates, giving an outside perspective on a man everybody honored as a humble spirit and a ravenous devourer of both the blues and psychedelia. Letters written to his father in Hendrix’s own penmanship overlay various applicable photo montages, adding a personal element. Intermittent interview scenes with Hendrix reinforce the dialogue of those close to him, showcasing his enchanting train of thought and aversion to pride. To round it out, an abundance of live performance footage is included from his early days in London to the culmination of his talents at Woodstock. Clear your mind and prepare to let the power of rock’s most intoxicating lefty consume you. The documentary will be airing on PBS November 5, 9–11 p.m. ET. –LeAundra Jeffs