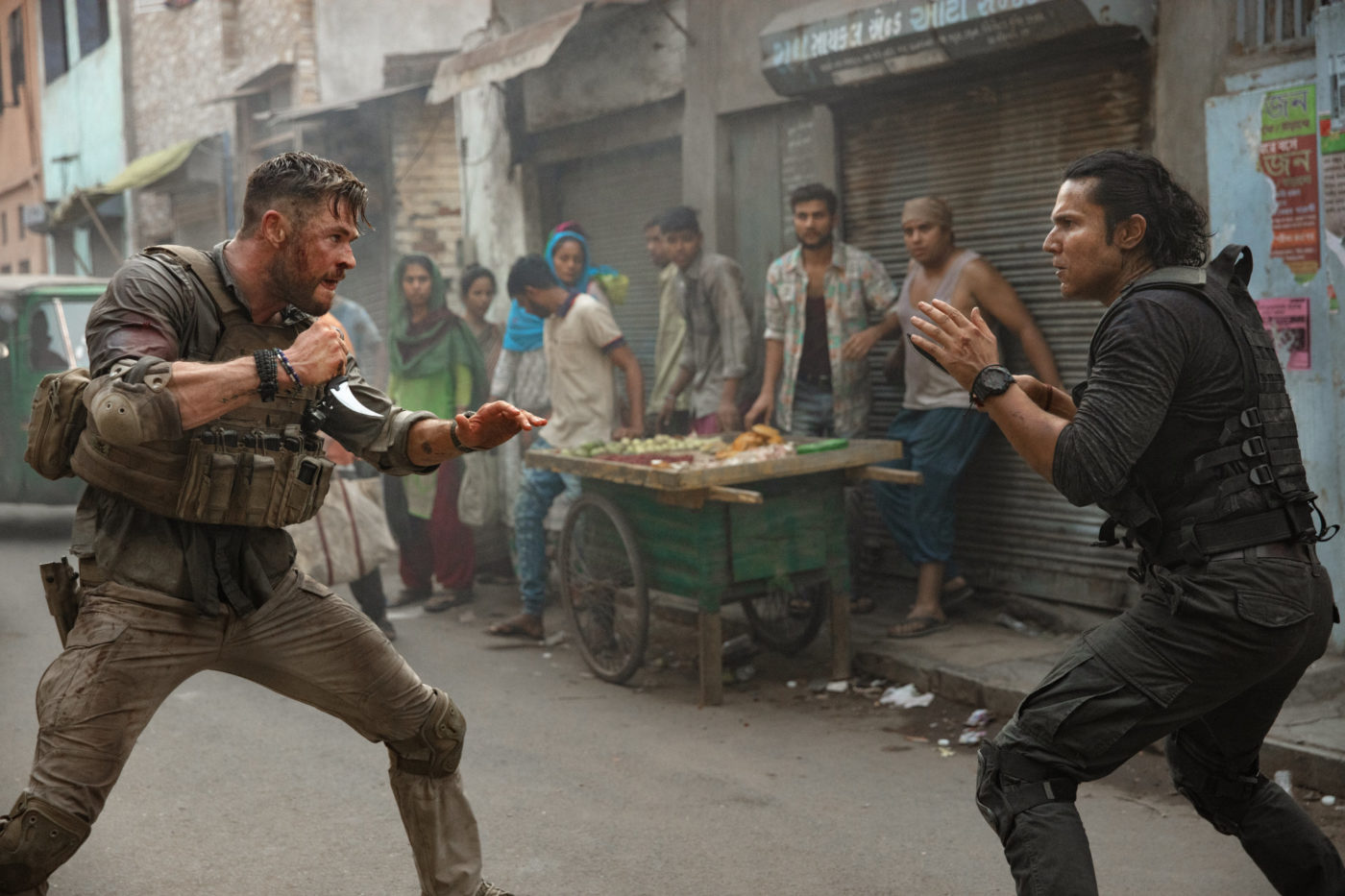 The spring movie season should be upon us. However, as you know, we’re not getting F9 or Black Widow over the next two weeks like we’d planned on, and action fans are starting to get antsy. Luckily, some of the biggest names in the hero business are here to save the day, even if it’s only on streaming.

In Extraction, Chris Hemsworth stars as Tyler Rake—yes, that’s really the character’s name—a hardened, badass black market mercenary with nothing to fear because he has nothing left to lose. When he takes a job rescuing the kidnapped son of an imprisoned international crime lord in Mumbai, he dives headfirst into the underworld of weapons dealers and drug traffickers, and an already dangerous mission becomes a fight for survival for both Tyler and his young charge.

This project comes from the Russo Brothers, the power team that gave us the one-two punch of Avengers: Infinity War and Avengers: Endgame, who produced this action-packed thriller based on their own graphic novel. The directing duties go to Sam Hargrave, who worked as the stunt coordinator and second unit director on some of the brothers’ biggest hits, as well as Deadpool 2 and Atomic Blonde. Hargrave definitely knows action, and he makes a spectacular impression with his directorial debut. The staging is a mix of Jason Bourne and John Wick, and there are a few sequences in particular that are likely to stand out among the best of the year. It also doesn’t hurt that the director is working with seasoned cinematographer Newton Thomas Sigel, who couldn’t make a bad-looking movie if he tried to.

Hemsworth has struggled in finding his place in the action genre outside of the Marvel films, but he’s found a perfect vehicle here and gives us a performance that no one else could have—unless, of course, Russell Crowe and Daniel Craig somehow had a son together. There is strong-enough chemistry between Hemsworth and young Rudhraksh Jaiswal, who plays the boy, and the key to making the movie work is the audience’s investment in the relationship between them. David Harbour and, especially, Randeep Hooda nearly steal the movie as two of the other mercs pulled into the whole mess.

There’s no question that Extraction is a movie where thrills matter above all else, but it delivers on those thrills and feels like it takes place in something approaching the real world. It’s brutally violent, but to a large extent that is necessary to create the sense of danger required to make the story work. That being said, the “kill the cat” sequence that’s meant to establish the nastiness of the villain manages to take things a bit too far, while still feeling like a stock moment. For all of the skill that went into this movie, it’s still pretty routine.

Extraction isn’t quite as deep as it wants you to think it is, but it is certainly a better-than-average action thriller with some actual surprises and engaging situations. It serves its purpose as a very exciting distraction, and it’s entertaining enough to watch more than once. –Patrick Gibbs