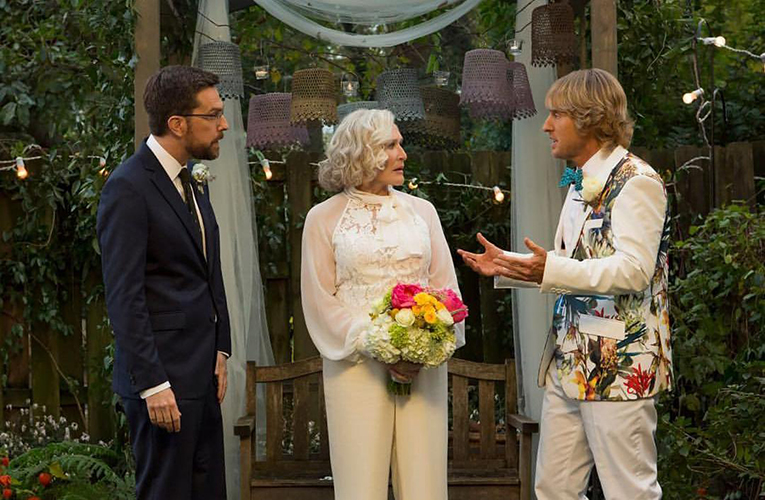 I tip my hat to comedians working in today’s climate. Comedy has become more difficult with recent cultural shifts. First-time director Lawrence Sher attempts to garner audiences’ laughter this holiday season with the story of twin brothers Kyle (Owen Wilson) and Peter (Ed Helms) as they discover that the man in picture on the mantel is not their father, and, to put it simply, their mother (Glenn Close) has no idea who he is. As they follow clues across the county, they meet multiple candidates, including Terry Bradshaw (as himself), Ronald Hunt (J.K. Simmons) and Dr. Tinkler (Christopher Walken). After watching the trailers, I was not expecting much from this R-rated road-trip excursion. Sher definitely uses this rating, sometimes too much. While most of the humor is laced with profanity, there are some scenes that made me clinch up due to the vast amount of awkwardness. Nobody needs to see Wilson in a public restroom urinating on a child after that child urinates on him. The uncomfortable tension in my screening could be cut with a knife. I’m all for adult humor, but have a point to the joke. Is comedy getting so difficult that gross-out humor is now the reigning champion? I sure hope not. The majority of Father Figures’ jokes that do connect mainly work because of the undeniable chemistry that Wilson and Helms have with each other on-screen. I definitely laughed more than I thought I would, which is a plus, but the over-the-top, sappy conclusion is so unwarranted and undeserved (remember that a urine battle was just 60 minutes prior) that I walked away feeling more annoyed than joyous. –Jimmy Martin