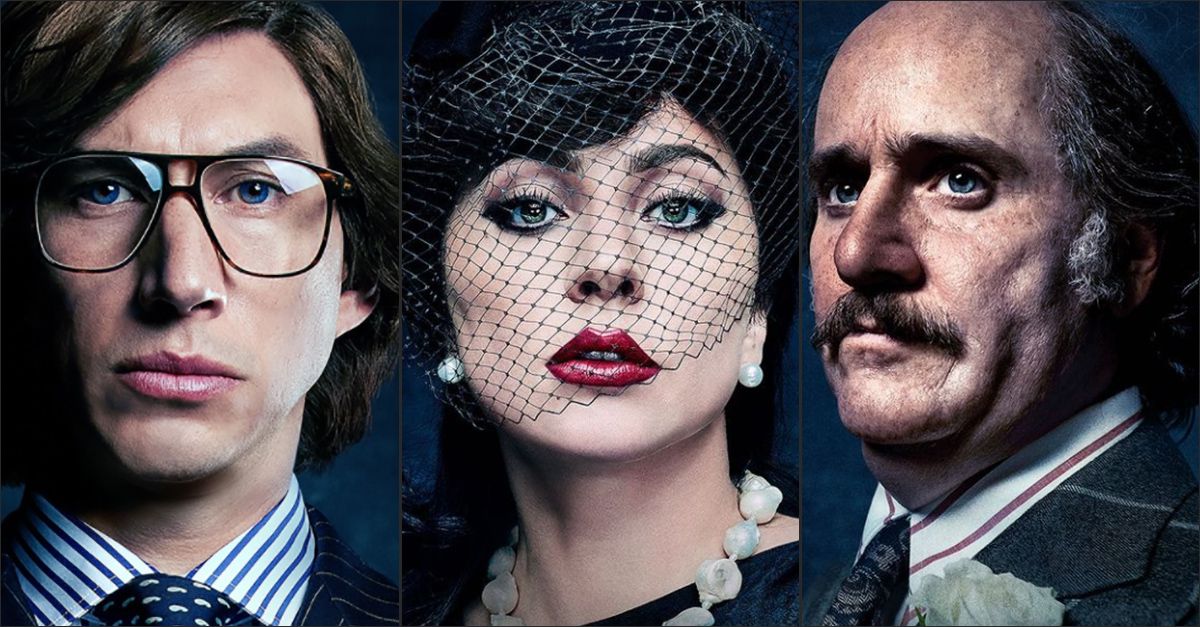 There’s been a debate for years about the use of spanking as a disciplinary tool for children, the biggest question being, does a more effective punishment exist? Ridley Scott may have finally found an answer, at least for kids 5–18: “If you don’t stop this tantrum right now and do what you’re told, you’re gonna have to watch House of Gucci again!”

House of Gucci follows Patrizia Reggiani’ (Lady Gaga), an outsider from humble beginnings, in her marriage to Maurizio Gucci (Adam Driver, Marriage Story, The Last Duel) and becomes a member of the dynasty behind the titular Italian luxury label. Maurizio doesn’t have strong ambitions in the family business, which is run by his father Rodolfo (Jeremy Irons, Reversal of Fortune, Justice League) and his uncle Aldo (Al Pacino). Patrizia has enough ambition for two, however, and she immediately sets to scheming by pitting the rest of the family against each other. But her lust for wealth, power and fame proves to be dangerous not only to her but to the entire family, their legacy and their empire, and the consequences will have unimaginable and lasting ramifications.

Scott is a genuine icon, having made such classics as Alien, Blade Runner, Gladiator, Black Hawk Down and The Martian. Less than a month ago he gave us The Last Duel. Sadly, House of Gucci is more comparable to the worst films of his career, like The Counselor or Hannibal. Gucci’s story plods along at the speed of an asthmatic ant as if Scott is daring the audience to care about anything that goes on in front of them.

The performances are shockingly bad. My five-year-old nephew obsessively mimics the broken Italian one learns from playing Super Mario Bros., and I’m convinced that somehow he was sneaking from us and working part-time as the dialect coach for Scott’s cast (save for Driver, whose accent might pass for Eastern Ukraine). Gaga, who dazzled in her natural performance in A Star Is Born, is so campy that Fran Drescher in her prime would have worked just as well. The wildly miscast Irons embarrasses himself even worse than usual.

When Patrizia first meets the former star of stage and screen Rodolfo, she says, “You used to be an actor?,” which is something I’ve wanted to see somebody say to Irons’ face for decades. Pacino, who has a bit of experience with movies about betrayal within powerful Italian families, seems to be under the mistaken impression that he’s doing a parody, and as such he arguably fares best. But Jared Leto (Suicide Squad, Dallas Buyer’s Club) has to be seen to be believed. Under heavy (and very silly) makeup, Leto seems as if he’s trying to show us what it would be like if Swedish actor Peter Stomare played comedian Father Guido Sarducci. All of this is underscored by an endless barrage of stock opera selections and ’70s rock that seems to have been chosen at random.

The only positive thing I can say about House of Gucci is that the new luxury chairs at the Megaplex Gateway are more comfortable than my bed. House of Gucci might even rival Dear Evan Hansen for the most bewilderingly painful moviegoing experience of 2021, and while I’m very much in the camp that wants to see more variety in blockbusters, to say that Scott picked the worst possible time to lash out at Marvel Studios is putting it mildly. –Patrick Gibbs