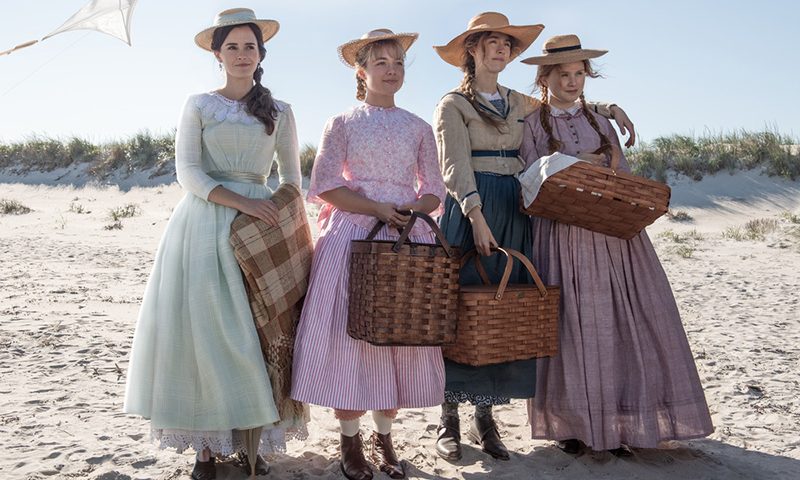 It’s been 25 years since Gillian Armstrong’s beautiful rendition of Louisa May Alcott’s Little Women, and frankly, I never thought I could fall in love again that way I did with that telling, which has been near and dear to me for over half of my life. But I must thank writer/director Greta Gerwig, for proving me wrong, and for making me believe in love again.

It may sound like an odd analogy to compare Gerwig’s film to Christopher Nolan’s Dark Knight Trilogy, but bear with me: Nolan’s films covered ground that I’d seen done quite well before, but it went deep beneath the surface with a new approach that made me feel both that I was seeing the classic story that I knew by heart, and that I was seeing something new, daring and visionary that brought the characters and premise to vivid new life in an amazing and relatable way. This is exactly what the Lady Bird auteur has achieved with her personal and inspired telling of the story of the March sisters.

The story is told in a non-linear style, with the opening scene jumping straight into “Part Two” of the book, with Jo (Saoirse Ronan) trying to sell her stories to a publisher. Jo then learns that her beloved sister Beth (Eliza Scanlen of HBO’s Sharp Objects), and “Part One” is experienced through Jo’s remembrances of her days growing up with her sisters during the Civil War.

Ronan gives a luminous turn as Jo, perfectly capturing the strong will and self-confidence of one of the all time great literary characters and making her vulnerable side play more powerfully by saving it for the moments when it is needed most.  This year’s breakout star, Florence Pugh (Midsommar, Fighting with My Family) still manages to be something of a revelation as Amy, as Gerwig chooses to let her play the youngest member of the clan even when Amy is still a child. It’s a gutsy choice which works because we are seeing this through the mind’s eye of Jo, and as I watched the movie, it struck me that as I look back on my own youth, the siblings of my memories tend to be a mix of who they were then and who they are now. Emma Watson’s Meg is effective, and Scanlen’s Beth is so endearing that if you’re a Friends fan, you will find yourself wondering if it’s possible to put this movie in the freezer at several points. And of course, no version of Little Women can be complete without Laurie, and certified “next big thing” Timothée Chalamet (Call Me By Your Name, The King) makes the beloved character his own in spectacular fashion.  Laura Dern, Bob Odenkirk, Meryl Streep and Chris Cooper offer powerful support for the younger cast, and Cooper especially tugged at my heartstrings.

Little Women is easily one of the best films of 2019, and it’s a Christmas gift that solidifies its director as one the great cinematic voices of our time. –Patrick Gibbs