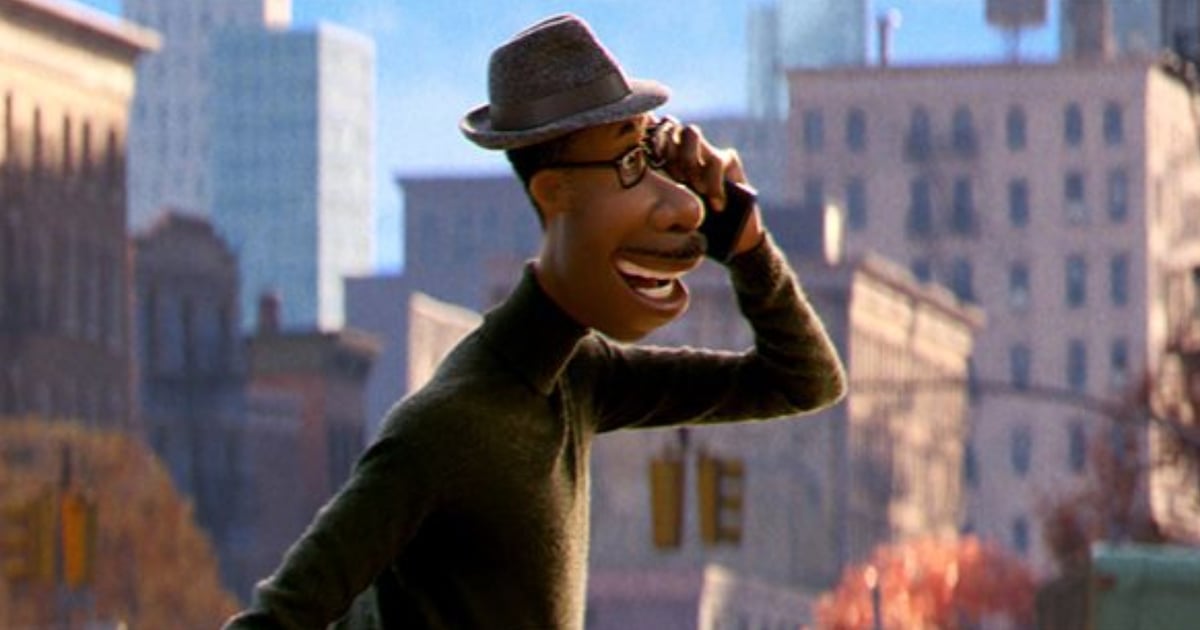 It’s been such a strong year for animation that we frankly didn’t need two Pixar releases to make it feel noteworthy—but they’ve certainly been welcome. While the popular narrative seems to be that Onward was nothing special, or a disappointment somehow, it certainly wasn’t for me. In fact, I found it to be a tough act to follow, and I’ve wondered all year if Soul was going to be up to the task.

Joe Gardner (voiced by Jamie Foxx) is a middle school music teacher who has long dreamed of performing jazz music onstage, and finally gets a chance after impressing other jazz musicians during an opening act at the Half Note Club. However, an untimely accident causes Gardner’s soul to be separated from his body. The soul proceeds to the Great Beyond, and Gardner manages to escape to the Great Before, a world where souls develop personalities, quirks and traits before being sent off to Earth. There, Gardner must work as a Mentor to a soul in training before returning to Earth before his body dies. He’s assigned specifically to 22 (Tina Fey), a soul with a dim view on the concept of life.

Directors Pete Docter (Monsters, Inc, Up, Inside Out) and Kemp Powers (writer of One Night in Miami, and the first Black co-writer and co-director in Pixar’s history) deliver one of the studio’s most experimental and outside-the-box feature films, right down to the character design, with humans that are somehow both the most realistic and most ultra-stylized the studio has ever given us. That being said, Soul takes a more overtly commercial twist in the middle, but it’s such an entertaining one that plays out to be so satisfying that it’s hard to see anyone complaining about it, and it’s the crucial element to interesting kids in what is really a very sophisticated and existential storyline for a family film.

Jamie Foxx plays it fairly straight, which is to say that he doesn’t do an over-the-top comic characterization like he did on In Living Color, but that doesn’t mean he isn’t funny. Joe Gardner is about as straightforward and mundane a lead as we’ve ever seen in a Pixar film, which is entirely a good thing—he’s an everyman that may find yourself relating to in some ways, but not one that you jump to wanting to live through vicariously. He has flaws and attributes that are real, not those of a cartoon character, and getting an actor the caliber of Foxx was essential in pulling that off. Fey is given the overtly comedic role, and she’s sensational as the naïve yet jaded unborn soul, arguably the most complex and layered character she’s ever been allowed to play in a major movie. Fey is also credited with writing additional dialogue, which should come as no surprise.

Soul features the second brilliant musical score from Trent Reznor and Atticus Ross (Mank) in as many months, with this one being remarkably innovative and distinctive, and they may be their own stiffest competition at the Oscars. If you look at the ending credits, Soul is also Pixar’s most diversity-focused film behind the camera, reflecting the conscious effort by the studio to combat the white boy’s club reputation that they’ve built, and this is reflected on screen as well, with some very welcome broadening of representation. In terms of whether it’s better than Onward, that really isn’t part of the equation as far as I’m concerned. They are two very different types of Pixar films, and it’s an apples and oranges comparison that I have no interest in making.

Soul comes with a strong message that life is a gift not to be taken lightly, and also about not just doing what you love, but loving what you do. This is more meaningful than the filmmakers ever could have imagined, coming out on a Christmas Day when a lot of people are struggling just to pay their bills and are sacrificing and forgoing the strong urge to get together in groups. It’s a time for noticing and appreciating things we take for granted, and for recognizing that we make memories every day whether we set out to or not, so we might as well try to find a way to make them as good as we can. –Patrick Gibbs