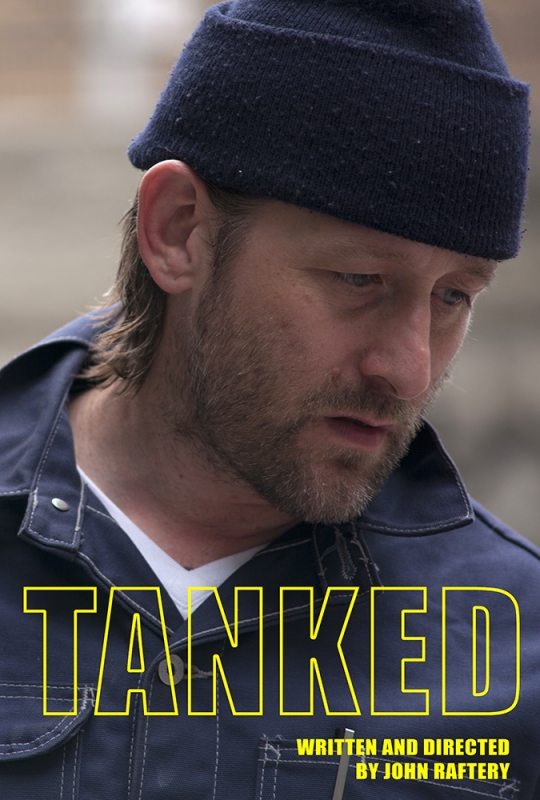 Tanked opens up with stark silence as protagonist Eric (Eric Yevak) works on something mysterious with the help of some PBR and an X-acto knife. As the short film progresses, it is slowly revealed that he is working on an elaborate, homebrewed costume. Things get serious when the power tools come out and the man buckles down with the intent of doing some serious cosplay for All Hallow’s Eve. Director John Raftery seems to be familiar with maker culture and its inherent frustrations, as tightly framed close shots dominate most of the film. This helps capture the intensity and focus of creative effort, though it can be a little disorienting for the viewer. The relative silence is broken by a kick-ass soundtrack by M.A.O.I.—a fuzzy and ethereal backing to the hero’s quest. Like a classic NES boss battle meeting the soundtrack to Ryan Handsome Gosling’s Drive, the music brings a great emotional power to what is essentially a one-scene film. There is a steady rise throughout the film, until a twist takes place that could make M. Night Shyamalan appear out of obscurity to slow clap. The film deserves one and a half thumbs up. Why a half thumb? Because of the PBR and table saw, of course. Check it out at john-raftery.com. –Tyson Call