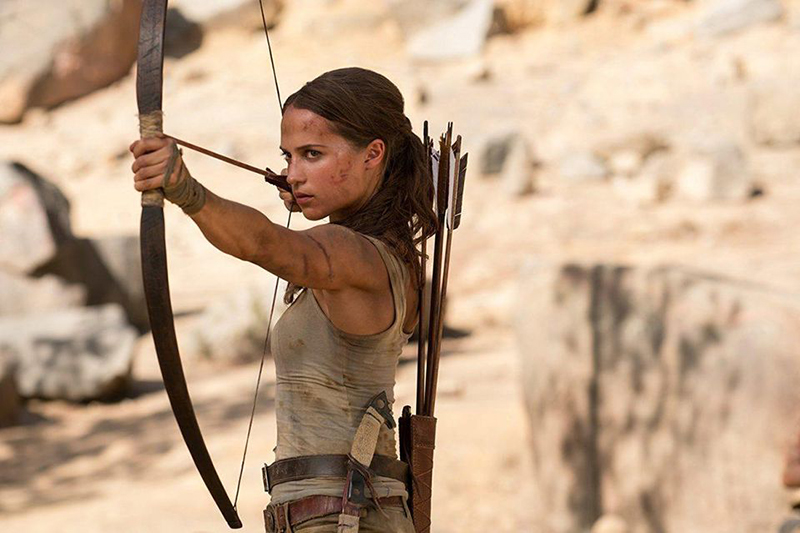 For as long as filmmakers have been trying to successfully adapt video game franchises onto the silver screen, it has become clear the task is much easier said than done. From Super Mario Bros. and Double Dragon to Mortal Kombat and Street Fighter, it appears Hollywood is having massive difficulties with the conversion process, which is disheartening, given that video games have matured exponentially in the past decade. While there have already been two mediocre productions developed for the Tomb Raider series starring Angelina Jolie, this reboot, now starring Alicia Vikander, closely follows the revamped video games’ storyline created in 2014. Rather than being objectified with skimpy clothing and cartoonish body characteristics, the new Lara Croft is more about survival and becoming a strong, leading-woman hero. In the new cinematic interpretation, Lara (Vikander) discovers a lair of secrets from her missing, presumed-deceased father, and decides to locate the mysterious island of his last known whereabouts. Director Roar Uthaug achieves what was once thought impossible and delivers an acceptable version of the genre with a powerful and confident leading character with determination and unbelievable abilities. Vikander gets put through the ringer as she endures one treacherous scenario after another. Sure, any regular individual would be dead 15 minutes into the adventure, but that’s why these exaggerated tales of absurdity are developed. Along with our leading protagonist, gifted character actor Walton Goggins brings his trademark sleaziness to add even more obstacles to the mix. While we haven’t reached a perfect score for this category quite yet, this is a huge step in the right direction. I can feel the tide shifting as the credits roll, and one can only imagine what is in store for future productions if filmmakers can flawlessly harness the talent that is surfacing from their media counterparts. –Jimmy Martin