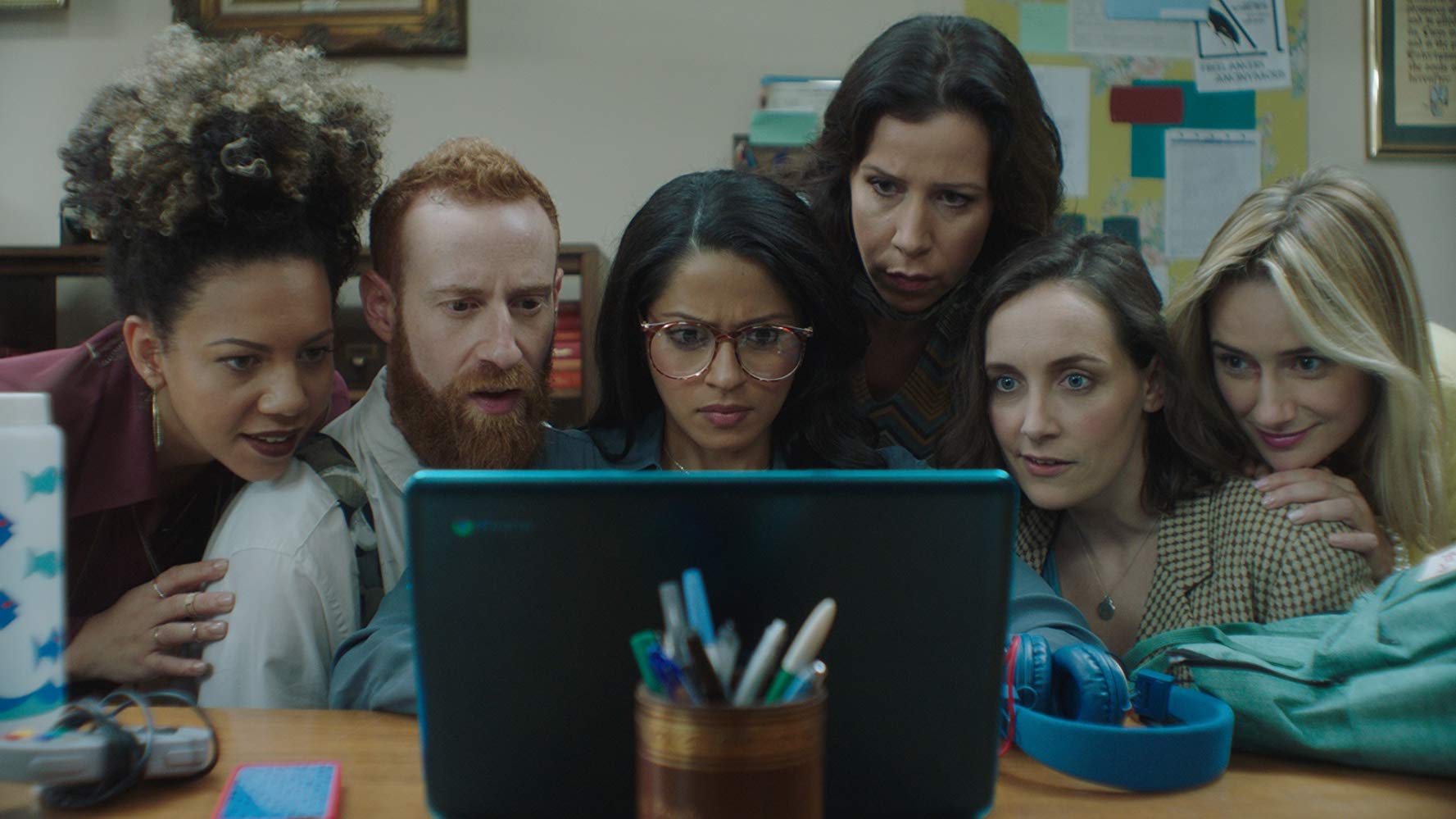 What happens when a millennial gets stuck in an unfulfilling office job? She takes it upon herself to create a startup, of course—but not without some twists and turns along the way.

Billie (Lisa Cordileone) is tired of being treated like a cog in the wheel just to pay the rent. Freelancers Anonymous opens with a monologue as a beleaguered, pantsuited Billie sits outside her office building, pondering her situation: “Work hard. Play hard. Push through. Buckle up. But I’m not going up. I’m just going in a circle. Like a hamster. Or a squirrel. I’m a rodent,” she concludes. There’s gotta be something better than this—and Billie’s going to get it, no matter what it takes.

After a cannabis-related mishap leads Billie to quit in dramatic fashion, girl has got to figure out a plan. After all, she has a wedding to pay for. So Billie hauls herself to her local Freelancers Anonymous group, a ragtag band of similarly jobless and job-searching ladies—plus Joel. (Every group needs a Joel, right?) Although she doesn’t exactly get off on the right foot with her fellow freelancers, Billie has a lightbulb moment that brings her back to the group the next day with donuts, apologies and an idea to harness the freelancers’ untapped talents—an app that will connect freelancers with businesses who need their services.

Meanwhile, Billie’s jobless state is causing tension in her relationship. Gayle (Natasha Negovanlis), a voice actor and internet cabernet wine reviewer, threatens to call off the wedding. “They’re not unemployed, they’re just freelancers,” protests Billie, but when a literal bag of startup money chances its way into Billie’s life by way of Billie’s skeptical teammate, she decides on a new course of action: Use the money to produce paychecks and lie about the startup until it actualizes itself.

Behind Gayle’s back, Billie concocts an elaborate plan to get married and launch her business—all on the same day, in the same place. She just has to figure out how to do two things at the same time. Enter the montage—woman shushing the alarm, flying through city streets via bike, persisting doggedly to meet her business goals—until at last, the big day arrives.

Will Billie be able to resolve the tangled web of lies she’s woven, start a business, find investors, and get married to her one true love? You can probably guess the answer.

Freelancers Anonymous is a lighthearted take on the gig economy. Just take the tagline: “Because your day job sucks ass.” Featuring an LGBTQ leading couple and a diverse cast of characters, the movie attempts to address some of the hot-button topics of the millennial generation. Although the plot mainly skims the surface of the problems that affect today’s workers—and is infused with more than a few deus ex machina resolutions—it’s a quick-paced, amusing way to spend 80 minutes.

Writers Lisa Cordileone, who plays Billie, and Amy Dellagiarino conceived the idea for the movie when they too realized they hated their day jobs. They connected with director Sonia Sebastian to create the film. But Freelancers Anonymous is more than a movie title—it’s also a real, live start-up in progress that aims to offer visibility to women and LGBTQ folk working in STEM industries. Viewers should relish this feel-good film for what it is: a way to support women writers, producers and directors in the film industry, bring visibility to women and LGBTQ actors and freelancers, and get acquainted with the plight of many unemployed and under-employed millennials—that is, if they aren’t already one themselves. –Naomi Clegg