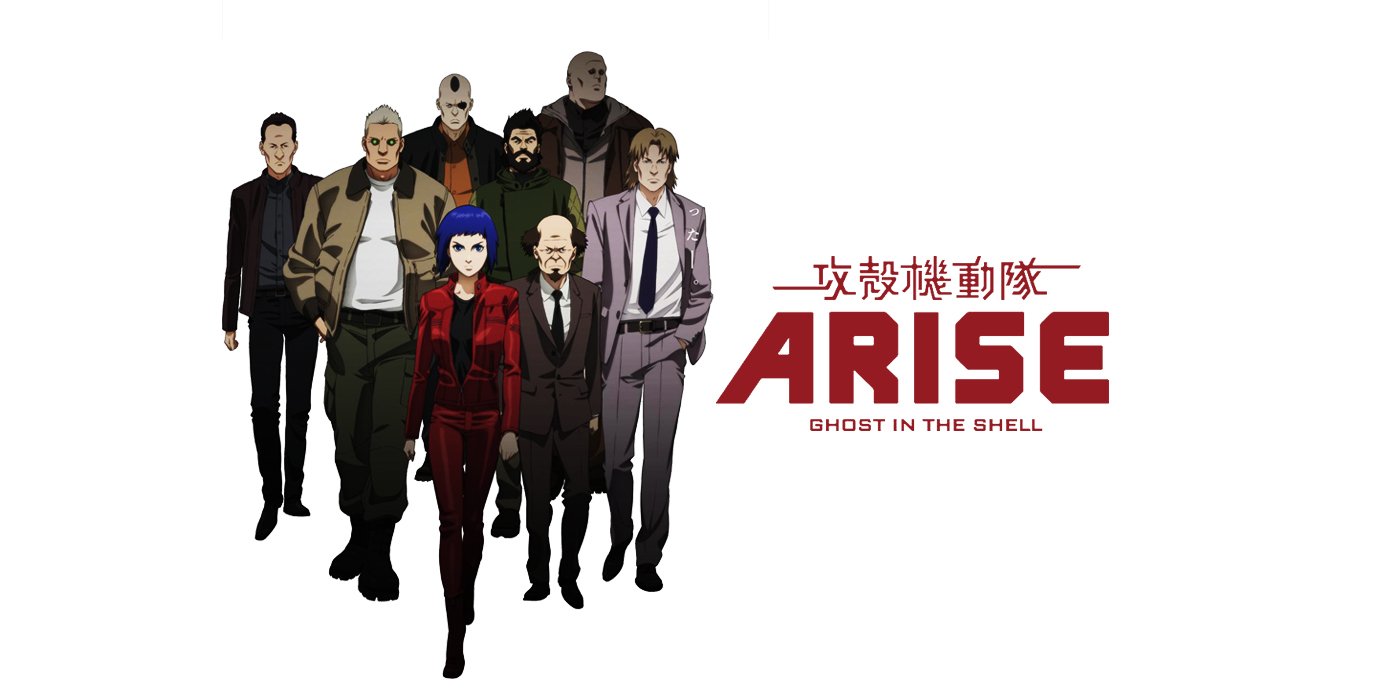 Fans of the popular cyberpunk anime series may have felt their hearts skip a beat earlier this year when plans for Ghost In The Shell – Arise were put on hold just as they made their way into America. The reboot of the series garnered widespread approval from the fanbase, which is an oddity—any time you’re dealing with an entity rehashing old material and making old stories new again, there’s usually a large amount of pushback. This was not so much the case with Ghost In The Shell fanatics, so of course the outcry over the delay was heard quickly by the heads at Funimation. Luckily, things were smoothed over in short order, as we have Borders 3 and 4 in an English dub, and what appears to be 5 and 6 meshed together into a movie playing now.

The third episode, titled “Ghost Tears,” focuses much of the story on Major Motoko Kusanagi, and her personal life as she enters the longest relationship she’s had since entering the private sector. A prosthetic specialist who attended to Kusanagi falls in love with her, but secretly implants a bomb into her prosthetic leg as part of a guerrilla terrorist plot. The plot ultimately serves to help a major company obtain valuable water rights and gain substantial political ground. However, before the plan reaches fruition, the company is crushed by local politics and taxes and foils their plot.

While parts of this episode are fantastic, it falls into some stereotypical police procedure tropes, and also suffers from the inevitable twist where all of the loose ends get tied up. In most other anime series, this would be predictable and laughed away as part of the nature of the universe they live in. But Ghost In The Shell normally sits on a different plane of thinking and real-life rationale that not everything needs to be neatly tied up, and that loose ends are far more compelling. Having an episode like this feels cheap and near unforgivable.

The fourth episode, “Ghost Stands Alone,” has a much more meta-based story that deals with spirituality and the “life beyond the shell.” In the process of closing in on the mysterious virus known as Fire Starter, section 9 find themselves in the middle of a slaughter at a protest outside a major corporate event. In the center of it all is a game programmer. After she pisses off Kusanagi with her spiritual babble, Kusmagi hacks her shell to discover the Fire Starter virus and two ghosts living inside her cyber brain.

After two of the best action sequences the series has produced so far—the first with Batou and Kusanagi taking on an army of brainwashed soldiers, and the second watching the team take down a reinforced prototype tank—the two ghosts make their way as one droid unit toward the ocean. In the process, both of their ghosts slowly dissipate across the net, essentially shedding their mortally constructed coil and spreading themselves into the ether. The episode itself feels convoluted and the major plotline becomes mired and lost. the theme of the current story has too many callbacks and missing elements to make some sort of sense as a whole, and ultimately you’re left with some glaring problems that only lead to confusion.

It’s hard to assess where these two episodes stand in the lexicon of the Ghost In The Shell franchise. There’s so many cool elements to this new series, but they feel married to two mediocre episodes. They’re not terrible by any stretch, but they don’t shine as the first two episodes did when introducing The Major and her soon-to-be team. The visuals are stunning, but even they can’t make up for a lack of story and thoughtful plot construction. Don’t get me wrong, I’m far from disappointed—but perhaps the anticipation for these episodes to finally come out killed some of the impact they may have had on myself as a fan. It’s going to be very interesting to see what film does to tie all of these fragmented elements together, and whether or not the end payout will be worth the long journey Ghost In The Shell: Arise has taken.