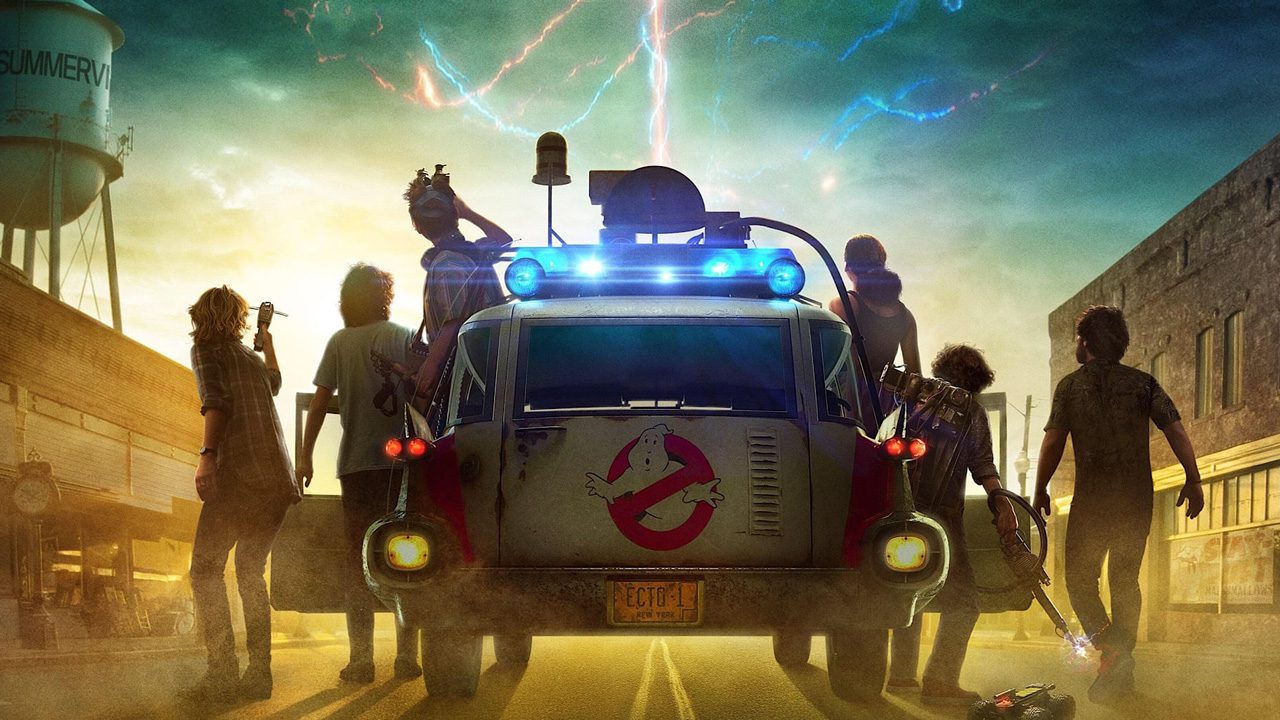 In order to write a review of Ghostbusters: Afterlife that gives an idea of where I’m coming from, I have to be clear that for me, this was an event on the level of The Force Awakens. The 1984 original, the cartoon series The Real Ghostbusters, and the old-school role-playing game were my obsessions, and I still collect toys to this day. The point that I’m getting at is that yes, I’m coming at this from the point of view of a die-hard fan, but also as a film critic who demands a solid movie with a good story.

Ghostbusters: Afterlife is the story of Callie (Carrie Coon, The Leftovers, Gone Girl) and her two kids, snarky teen Trevor (Finn Wolfhard, Stranger Things) and the socially awkward 12-year old science nerd Phoebe (McKenna Grace, Troop Zero). The family has been evicted from their home and is forced to move to a decayed farmhouse in Summerville, Oklahoma, left to them by the children’s late grandfather. A series of unexplained earthquakes are occurring there despite not being situated on any fault—plus, strange things are happening in an old, nearby mine. The children discover the history of the Ghostbusters, and when supernatural phenomena start to occur, Phoebe and Trevor, with the help of their family, friends and the summer school teacher, Mr. Grooberson (Paul Rudd, Ant-Man), must solve the decades-old mystery of the relocation of their grandfather and use the equipment of the Ghostbusters to become their successors.

Jason Reitman (Juno, Up In The Air) may have gone on to become a more serious and critically respected filmmaker than his father, Ivan Reitman (the director of Ghostbusters and Ghostbusters II), but Jason is also the self-proclaimed “first fan” who grew up with it. The younger Reitman, working with Gil Kenan (Monster House) has crafted a great script that pays adoring tribute to the original film and one of its creators and stars, the later Harold Ramis, director of Groundhog Day and Caddyshack. But Reitman also injects a Spielberg-ian element, focusing on a supernatural adventure in addition to comedy, invoking The Goonies, Gremlins and even Back to the Future in its tone. Ghostbusters: Afterlife is funny, exciting, suspenseful, heartfelt and is made with an equal combination of passion and skill. The unnecessarily divisive 2016 reboot did not deserve the hate it got from a very toxic section of the online community, and if you’re a fan, I urge you to remember that Ghostbusters: Afterlife doesn’t undo its existence, just as that film didn’t erase the original or ruin any whiny idiot’s childhood. Still, Afterlife’s course corrects for the elements that I found sorely lacking in that reboot: storytelling craft, a sense of excitement and a basic understanding of the fact that the atmosphere and mythology of Ghostbusters are as important to the property as the laughs. By making Phoebe, a terrific and empowering character beautifully portrayed by an outstanding young actress, the unquestionable protagonist, Reitman sends the statement loud and clear that if you’re a misogynist who is looking for an apology over bringing women to the forefront of the franchise, you’re not getting it from him. The new cast couldn’t be better. Grace and Logan Kim—who plays Phoebe’s only friend at school and who goes by the handle “Podcast”—get both the lion’s share of the laughs and action, but Wolfhard and Celeste O’Connor (Selah and the Spades) as Lucky, the fourth member of the unlikely new Ghostbusters, add a lot. Coon and Paul Rudd (Ant-Man) are both great, but it’s not their movie, and while the return of the original cast is glorious, it’s not theirs, either. Grace owns this one, commanding the screen every step of the way, and Reitman gives her a lot to work with. Lastly, while composer Rob Simonsen is mostly reworking Elmer Bernsteins’s iconic themes from 1984, he deserves a strong shoutout for doing it so well.

Ghostbusters: Afterlife may be a fan service movie in some respects, but it’s a joyous one that I couldn’t have loved more, and its main character makes it quite possibly the most inspired and daring entry in the big screen fan film/reboot genre to date—perhaps the most fun I’ve had at the movies in years. – Patrick Gibbs