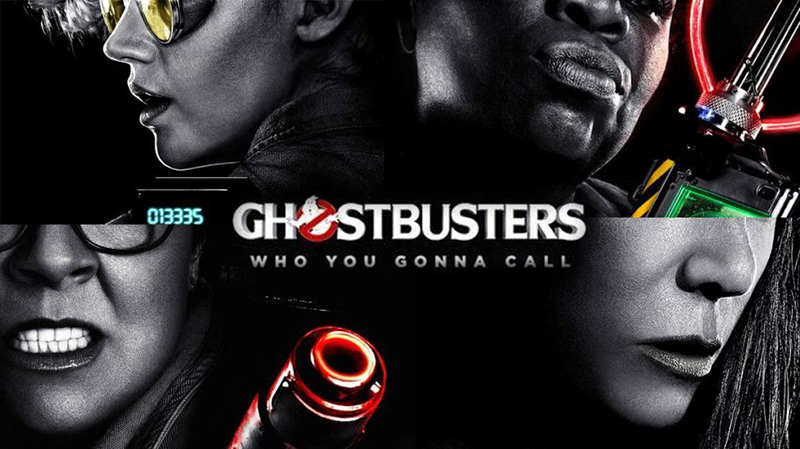 It was disgusting to witness certain people’s reaction when Sony announced a Ghostbusters reboot with four women taking the leads. Why would anyone care? You’ve got director Paul Feig and a gathering of the funniest individuals working in Hollywood today. In this edition, which is a completely separate universe from the first two installments, Erin Gilbert (Kristen Wiig) and Abby Yates (Melissa McCarthy) are former colleagues who believed in paranormal activity. While Erin gave up her passion and went more straight-laced, Abby continued her research with Jillian Holtzmann (Kate McKinnon).

Years later, reports of ghosts begin to emerge, and the gang reunites to investigate the phenomenal sightings and resolve the issue with new technology. Along for the ride is witness/client Patty Tolan (Leslie Jones). The team soon discovers that someone is mechanically elevating the spiritual world’s presence and yearns to open a vortex to the other side, and they must do everything in their power to stop it from happening, with or without the city’s support. Without question, I absolutely LOVED this rendition! I don’t know how any sane person can walk out of that whining about it. Screw the haters! Bravo to Feig, Wiig, McCarthy, McKinnon and Jones! The balance of comedy distributed among the leads is perfect. Unlike the grouches’ claim, your childhood won’t be ruined. In fact, mine was enhanced. The visuals are absolutely stunning with ingenious ghouls and ghosts hovering above the gorgeous skyline of New York City. For admirers of the original, there is a plethora of winks and nods to those films, but not enough to overpower this new undertaking and command the screen. Feig proves that it’s fine to tinker with beloved franchises, and if you’re one of those naysayers who don’t like it, you still have those mesmerizing originals waiting at home for you. –Jimmy Martin