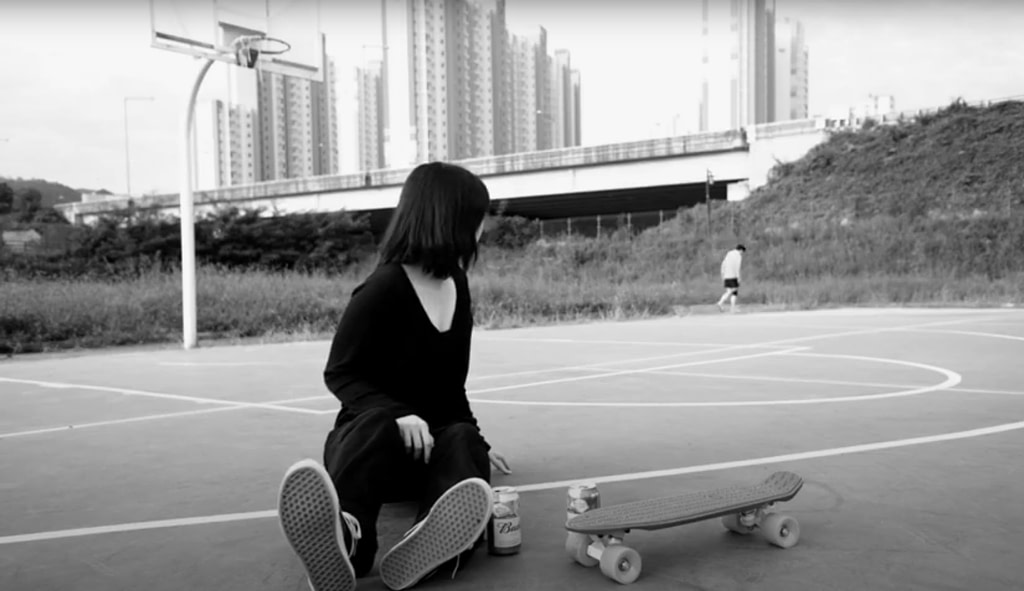 Unfortunately, Goodafternoon Sweetdream makes about as much sense as its English-language title. I say unfortunately because there is clearly a lot of potential here. This Korean submission to Slamdance Film Festival, written and directed by Bang Seung Hyeon, is about a young woman, Ye Won (Son Yewon), who experiences a series of reveries following the sudden death of her father.

The film is ostensibly structured as four separate chapters representing dreams Ye Won is experiencing. Between the intentionally disorienting content on screen (are we in a dream or not?) and the unintentionally poor subtitles for the version of the film I watched, it’s difficult to decipher what is going on.

This is a shame, because the bad translation overshadows what appears to be a strong vision by Seunghyeon, with solid, if imperfect, execution. As mentioned above, the bulk of the film (approximately 59 of its 63 minutes) is divided into four separate dream sequences, each one consisting of a single, static two-shot. Achieving a watchable, 60-minute feature in so few shots is itself notable, though the content of the frame can be hit or miss.

One dream is set on a bus, and the actors’ close proximity to the camera as a result of the cramped setting gives the viewers very little to look at other than the performers trying to not spike the camera. Another dream takes place in what appears to be a funeral home, a picture of Ye Won’s father suspended above her and her boyfriend. As the two engage in awkward dialogue (possibly another fault of the subtitles, though the stilted performances suggest otherwise), a flicker of the picture’s eyes briefly dart to the viewer’s right, highlighting the surreal nature of these dreams; their internal logic—and maybe the film’s—begins to unravel.

By the film’s conclusion, it is unclear what end these dreams serve other than to provide the movie’s loose structure. They could be grief-stricken memories of a time when Ye Won’s father was still alive, twisted and tormented by the dream logic. The scenes all seem to take place after the father’s death, but they reference things that are yet to happen to the man (treatments, surgeries). The film’s first moments make apparent that the father is, in fact, dead, causing these diversions to feel strange.

If the director intended to create a profoundly disorienting viewing experience, they certainly succeeded. This isn’t meant entirely as a dig—I am genuinely unable to determine whether this effect is intentional or not, which I think counts as an achievement. Equally perplexing is whether or not Goodafternoon Sweetdream is a compelling film. –Brandon Ermer