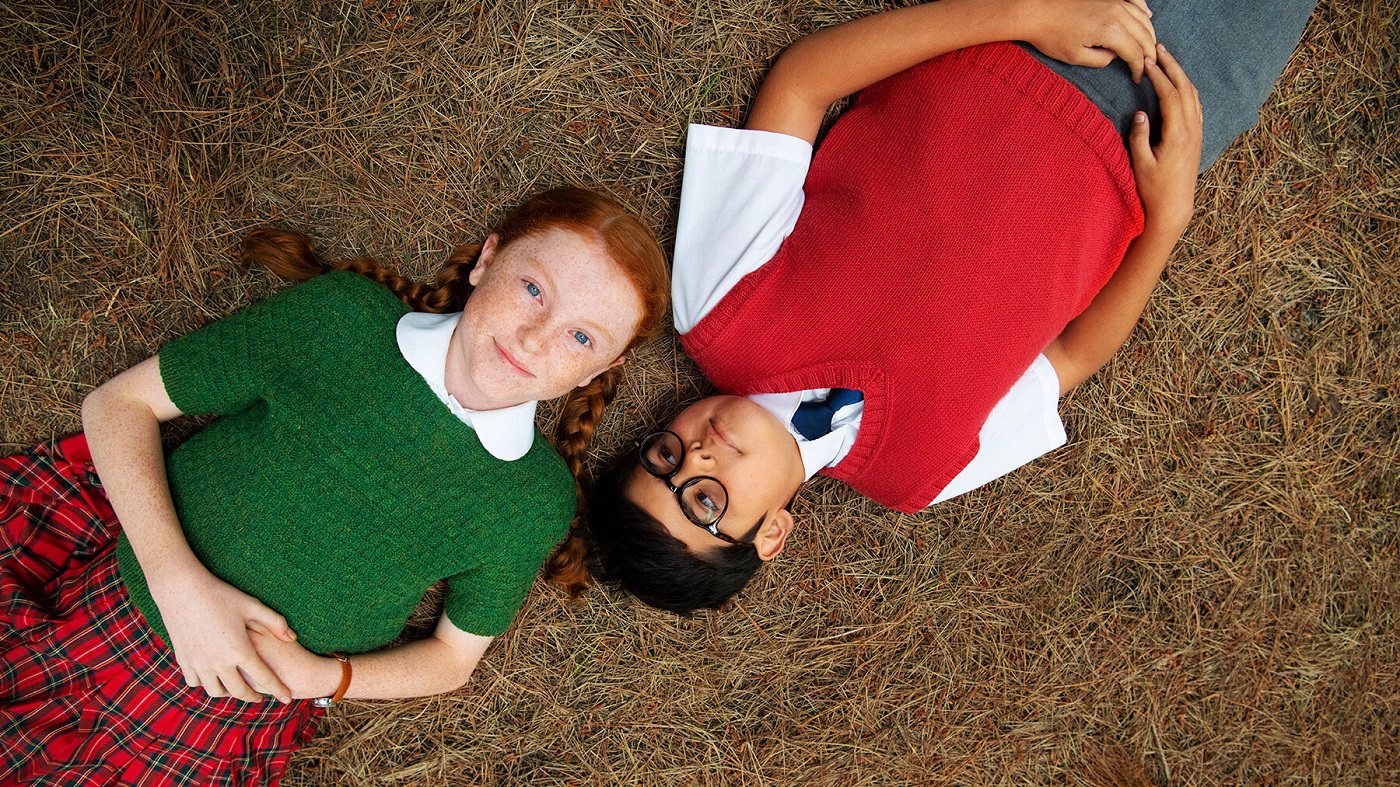 Film Review: H is for Happiness

Cyan Films
In Theaters and Streaming on Video on Demand: 09.18

The themes of teen angst, dysfunctional families, young romance and coping with tragedy are not exactly new territory for indie films. But whether you love it or hate it, you won’t be able to deny that H is for Happiness deals with these subjects in a way that’s quite unlike anything you’ve seen before.

Candice Phee (Daisy Axon, Judy and Punch) is a precocious 13-year-old girl living in Albany, Western Australia. Candice does well with her school studies, but between her flaming red hair, a loquaciousness peppered by a vocabulary that exceeds the rest of the school combined and her seemingly unflappable cheerful disposition, she’s a favorite target for bullies.

When Candice’s teacher, Bamford (Miriam Marogolyes, Harry Potter and the Chamber of Secrets, The Age of Innocence) assigns the students to recount their life stories alphabetically—exploring one detail about themselves for each letter—the plucky young girl throws herself into the task with her usual gusto. She gets little-to-no help from her parents: Her mother (Emma Booth, Gods of Egypt) suffers from severe depression, having barely gotten out of bed for the past four years after the death of her infant second daughter, and her father (Richard Roxburgh, Mission: Impossible II, Moulin Rouge!) is consumed by a bitter falling out with his wealthy brother, “Rich Uncle Brian” (Joel Jackson). Candice is going it alone, as she always does. But she finds a friend in a strange new boy (Wesley Patten), who believes that he is actually from another dimension and has switched places with this dimension’s version of himself. Candice finds someone she can connect with, and his determination to return home mirrors her resolve to fix her family.

Director John Sheedy (Mrs. McCutcheon) approaches the film with the same weird sense of boundless energy and optimism as his protagonist, and there’s a feeling of a personal connection between the two that made the movie work for me. This is despite the fact that the script, adapted by Lisa Hoppe from a novel by Barry Jonsberg, while frequently hilarious, is littered with logic holes, dangling threads and a certain trouble with focusing. Sheedy seems to be going for a mix of early Baz Luhrmann and Taika Waititi, and while he doesn’t always pull it off, he kept me engaged and entertained the entire time.

Axon is wonderful as Daisy, anchoring the film with a surprising ease, and Patten’s goofy performance as “Douglas Benson from Another Dimension” is as endearing as it is odd. Roxburgh is the kind of actor who varies wildly depending on the film, but he reminded here just why I’ve been a longtime fan. Booth is both infuriating and heartbreaking, Margolyes is a personal favorite and Jackson is charming as the devoted uncle.

There’s not a lot to choose from in terms of original, family-friendly movies coming out right now, especially not any with substance. H is for Happiness isn’t perfect, but any film that includes both an unnamed and unexplained Shetland pony that just seems to come and go when it’s convenient to the plot and a running gag about a pair of inflatable breasts that is not only completely tasteful but strangely touching and even empowering … Well, that’s a movie I can’t resist. I give H is for Happiness a passing grade, and I look forward with eager anticipation for John Sheedy’s next assignment. –Patrick Gibbs