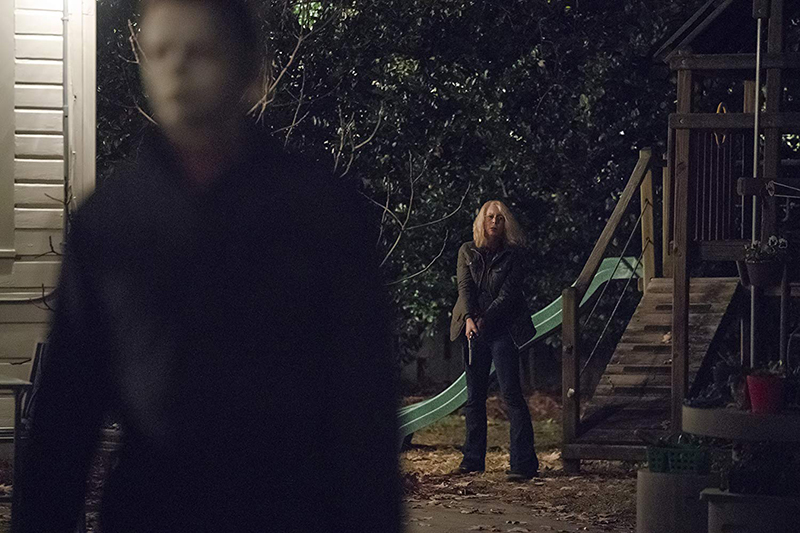 This time around, the boogeyman has been incarcerated for 40 years, but on that special night of Oct. 31, he makes his escape in search of the one who got away along with her daughter and granddaughter. Photo: Ryan Green

Soon after graduating the sixth grade, I told my father that I could barely remember the school year because it went so fast. He said, “Wait until you get older. Life only starts moving faster.” He wasn’t kidding. Such is the case with the ongoing struggle between Laurie Strode (Jamie Lee Curtis) and Michael Myers (James Jude Courtney and Nick Castle) that has now been going on for more than four decades. While the legendary John Carpenter helmed the original production, this rendition—which completely tosses out the incredibly terrible storylines of the sequels after the 1978 launch—is directed and cowritten by David Gordon Green (Pineapple Express) and comedian Danny McBride. This time around, the boogeyman has been incarcerated for 40 years, but on that special night of Oct. 31, he makes his escape in search of the one who got away along with her daughter and granddaughter. Rather than tinkering with a more psychological thriller, Green sticks to the basic style of jump scares. However, times they are a-changing, because the level of violence that is considered acceptable nowadays has certainly been heightened. If there was a drinking game established for every neck broken and knife penetrating a victim’s skin, you’d pass out half way through the flick. If ultraviolent killings make you squeamish, you may want to sit this one out. Curtis definitely brings her game as a badass who has been waiting in the shadows for her revenge moment, but it’s Judy Greer who shows the audience a performance they have not seen from the nonstop busy actress. Was this chapter worth a 40-year pause? Honestly, I was hoping for more due to the waiting period, but the audience still gets a typical horror film with all of goofy tropes and irrational characters with abysmal decision-making skills.