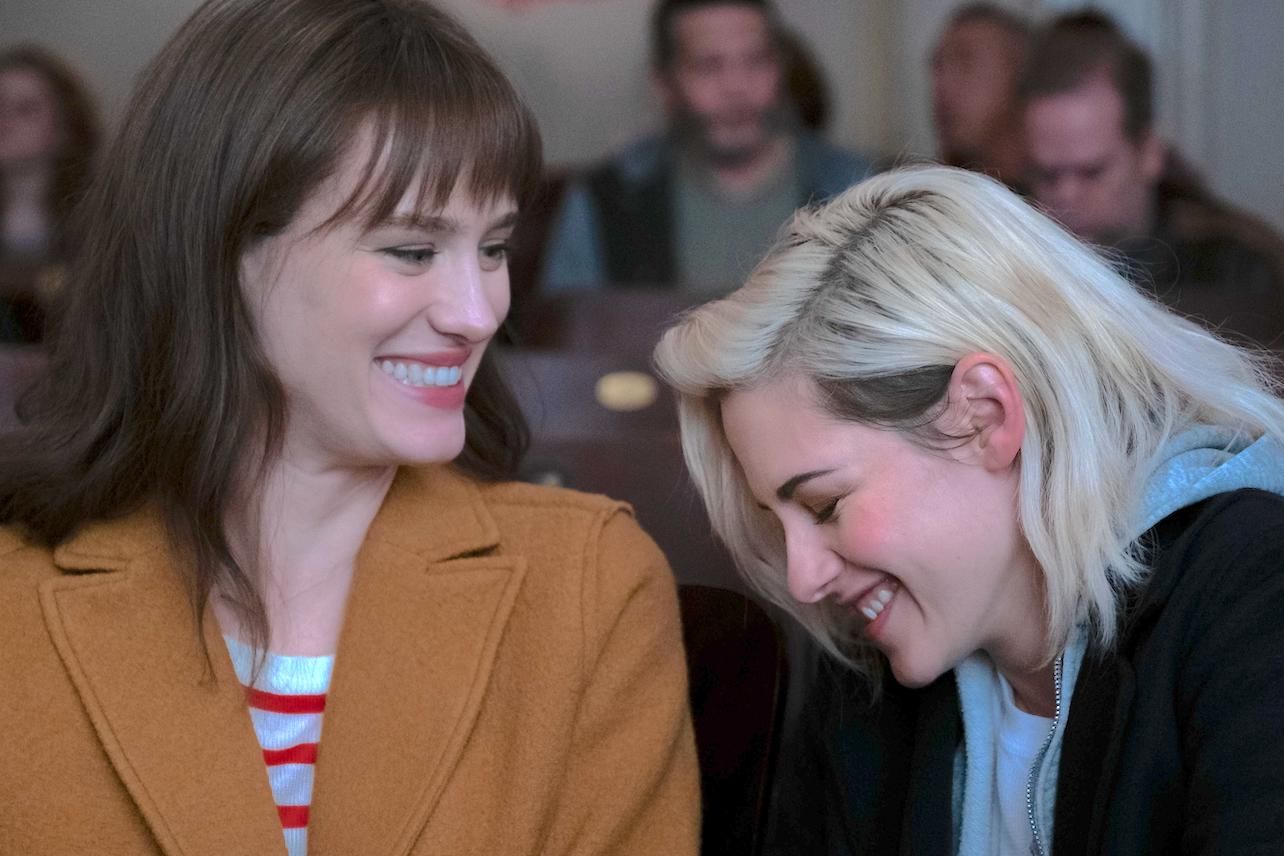 I have always loved the holiday season—including the movies—and there are plenty that I really love that aren’t necessarily great films, some that are barely even good ones. They are the cinematic equivalent of a candy cane or a frosted sugar cookie with sprinkles, but with even less substance.

While the past 20 years have given us Elf, The Polar Express, Arthur Christmas and a few other very beloved, once-a-year Christmas classics, they are very much genre films. There are only a handful of Christmas movies out that are just great films without qualifiers, and from It’s A Wonderful Life to Die Hard, the common thread is that they are set against the backdrop of Christmas but transcend being totally stuck there: they have strong, real-world stories and characters that you can actually picture existing throughout the entire year. If you’re going by that standard, Happiest Season may be the first truly great holiday film of the century.

The film centers on a young couple, Abby (Kristen Stewart) and Harper (Mackenzie Davis), who have lived together for six months and are starting to get serious. Harper loves Christmas, and impetuously invites Abby to come home with her to spend the holiday with her family. Abby, whose parents have both passed on, isn’t exactly the yuletide cheer type, but she loves seeing her girlfriend so happy, so she not only decides to go, but gets a ring and plans to propose on Christmas.

But on the ride up, Harper breaks the news that her family doesn’t know that she’s a lesbian and that she told them Abby was just her roommate who didn’t have anywhere else to go for Christmas. She promises to tell them the truth after the holidays, but until then, she begs Abby to play along for her sake.

Abby is left with no choice but to go along with it, and Harper’s conservative parents, Ted and Tipper (Victor Garber and Mary Steenburgen) are indeed clueless about a great many things. Abby watches from a distance, feeling shut out as Harper becomes someone else, competes with her elder sister Sloane (Alison Brie) for their parents’ attention and approval and even spends time with her ex-boyfriend. As the lies pile up and the distance between them increases, Abby starts to question what she knows—or what she thought she knew—about the woman she wants to marry.

Director Clea DuVall co-wrote the film along with Mary Holland (who also plays Jane, the odd-duck middle sibling in Harper’s family), and both have plenty of experience in front of the camera, but here they prove to be enormous talents behind it. Happiest Season is a hilarious, heartfelt, thoughtful and penetrating look at love, relationships and family dynamics. DuVall has a perfect sense of tone, expertly mixing comedy and drama and making strong statements about acceptance and equality without ever letting the film seem like her soapbox.

Kristen Stewart gives one of her best romantic lead performances to date, flipping the script on the formula she was stuck on for too long (nobody is Bella Swan—especially Stewart). Abby fills in what would be the leading-man spot in a more traditional romantic comedy, and Stewart fits that role perfectly. Those who’ve watched her on Saturday Night Live or saw Charlie’s Angels know how she really shines in comedy. Davis (Terminator: Dark Fate, Irresistible) is a presence who can get me interested in just about anything, and Harper is a surprisingly complex character that not just anyone could have pulled off, but she nails it. Garber is great, Steenburgen even better, and Daniel Levy (Schitt’s Creek) as Abby’s best friend is that rare scene-stealer who knows how to do so without putting themselves ahead of the movie. Aubrey Plaza, who plays weird and quirky as well as anyone, is marvelous at playing it straight (for lack of a better word) as a girl from Harper’s past. But Holland is the real revelation here, giving a daring performance that runs the gamut from hilarious to heart-breaking to empowering.

There’s often a tendency to feel that any movie dealing with LGBTQ+ issues needs to be edgy and push the content envelope as if gay lead characters somehow must mean an R-rating. Happiest Season knows that it’s a sweet Christmas rom-com and it realizes that themes of human sexuality don’t require it to be a sex comedy. It makes for enlightening family viewing to watch with your older children.

Happiest Season is both a great Christmas classic and a ten-best-of-the-year candidate, which is rare indeed. I couldn’t have loved it more, and I give it a very strong recommendation. –Patrick Gibbs