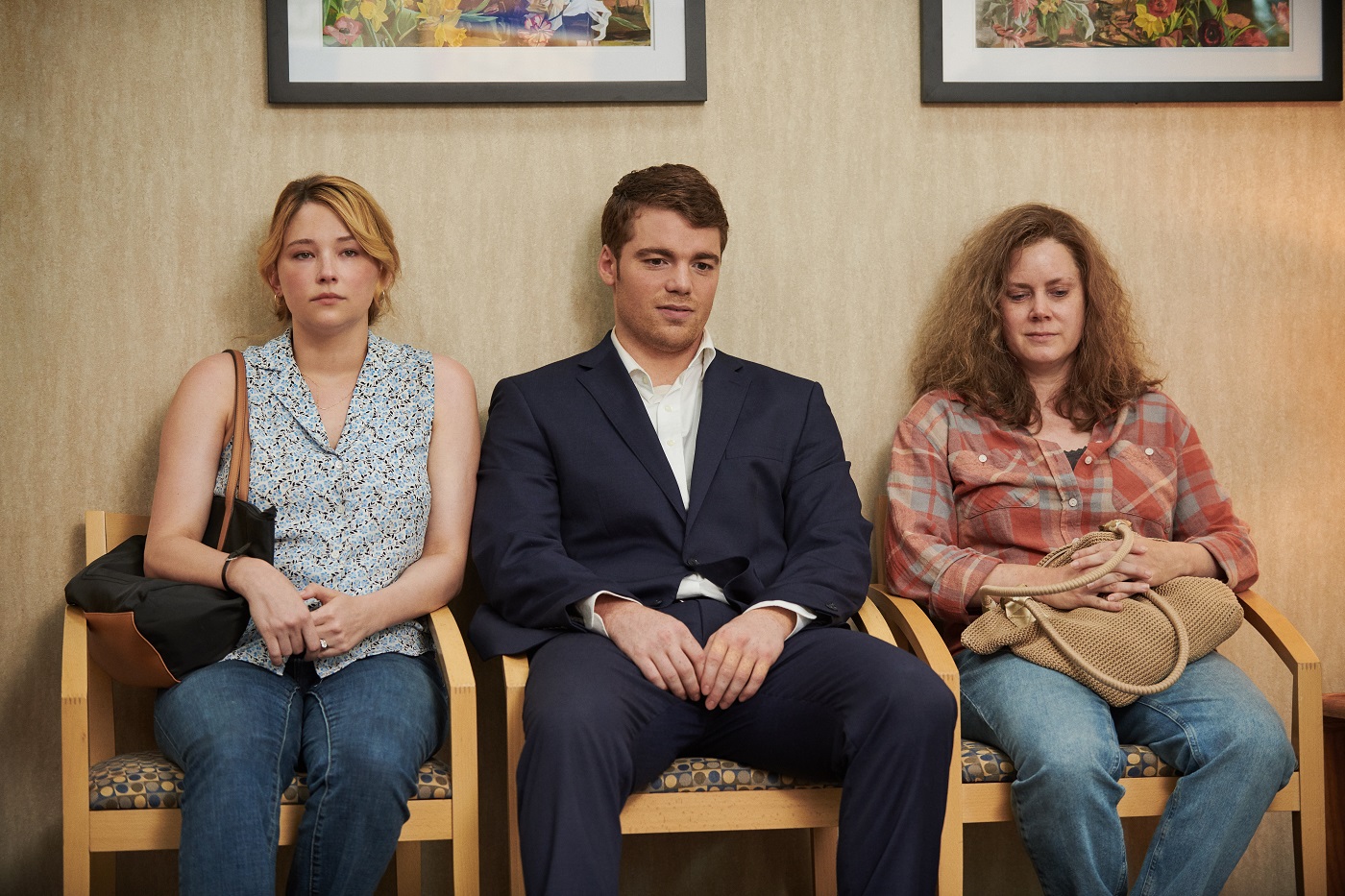 A few years ago, I took a trip to North Carolina to help my brother shoot a documentary. While there, we visited Mount Airy, which is sometimes known as “The Real Mayberry,” in honor of its favorite son, Andy Griffith. There’s a beautiful stone statue of Andy with his TV son, Opie, played by Ron Howard.

There’s more than a little poetic significance in Hillbilly Elegy being directed by television’s quintessential lovable little country boy, who grew up to do big and amazing things, from shooting a movie in  zero gravity to winning an Academy Award for directing A Beautiful Mind, to his hilarious work narrating Arrested Development.

Hillbilly Elegy follows J.D.Vance (Gabriel Basso, Super 8), a former Marine from southern Ohio and current Yale Law student. He’s on the verge of landing his dream job when a family crisis forces him to return to the home he’s tried to forget. Here, J.D. must navigate the complex dynamics of his Appalachian family, including his volatile relationship with his mother Bev (Amy Adams), who’s struggling with addiction. Fueled by memories of his grandmother who raised him, Mawmaw (Glenn Close), J.D. comes to embrace his family’s indelible imprint on his own personal journey.

In addition to being known for his slick, eye-popping visuals, Howard has always been an actor’s director, and Hillbilly Elegy is hardly an exception to that rule. Adams is astonishing in the role of Bev, and while she’s proven her versatility over the years, it’s still a bit hard to believe this is the Princess from Enchanted. There are times when it’s hard not to hate Bev, especially during some of her scenes with teen J.D., played by Owen Asztalos (Diary of a Wimpy Kid: The Long Haul). But there are also moments when you feel love as well, and Asztalos has to get a good deal of credit for that as well with his heartbreaking portrayal of his confusion over how to feel about the single woman who raised him and loves him, but who can also turn verbally, emotionally and even physically abusive with little provocation. In fact, Atsztalos is too likely to be the unsung hero of the cast. With both Adams and the utterly magnificent Glenn Close, most of their best work with him, and he’s given the rather daunting task of feeling their performances through his actions and reactions, as well as committing to his character. Fortunately, his director may be the most vocal advocate for young actors in Hollywood, and Atsztalos couldn’t have asked for a better guide.

Basso does a very capable job as the grown up J.D., nicely juggling the confidence of  the man he has become with the deep seeded insecurities he feels about his home and his upbringing. The two actors really share the lead role in the film, but especially in Basso’s case, J.D. may be the protagonist, but more importantly he’s really our point of view through which we watch the story, and it’s the women who make the story so compelling. Haley Bennett (The Magnificent Seven) is very impressive as both the teen and adult versions of Lindsay, J.D.’s older sister. Frieda Pinto (Slumdog Millionaire) doesn’t get enough screen time but adds so much in what time she has, and I could go on for paragraphs about the searing emotional bravura in Close’s performance, and how her lack of an Academy Award while Hollywood has bent over backwards to get them for her male contemporaries is a perfect example of inequality in the industry.

The screenplay by Vanessa Taylor (The Shape of Water) works hard to avoid cliches, and there’s a conscious effort to put reality ahead of pithiness in the dialogue. The cinematography by Maryse Alberti (Velvet Goldmine, Creed) takes full advantage of the lush greenery, and so many filmmakers would have made the mistake of going for a desaturated look to match the often bleak storyline—but Howard knows this part of the country, and instead he makes a juxtaposition of the natural beauty with the ramshackle houses and the squalor-ly existence.

On the more problematic side, the book is a divisive work that is hard to adapt without upsetting someone, and Howard has chosen to steer clear of the more upsetting and controversial political rhetoric of the source material. I personally welcomed the choice, but it’s understandably getting mixed reactions. While I don’t feel that Howard is distorting or misrepresenting Vance’s views, whether or not he is skirting them entirely is a point that’s certainly open for debate.

While Hillbilly Elegy doesn’t achieve greatness, and frankly came along at the wrong time to get judged on its own merit, I’m still a bit surprised by the vitriolic reception it seems to be getting, and I feel that it’s a better film than its fiercest detractors would have you believe. No, it’s not Best Picture caliber, but it’s a solid entry in the director’s filmography. It’s not among my favorite Howard films—it’s no Apollo 13—but it’s a provocative and compelling portrait of complex people, and I found it to be well worth my time. – Patrick Gibbs