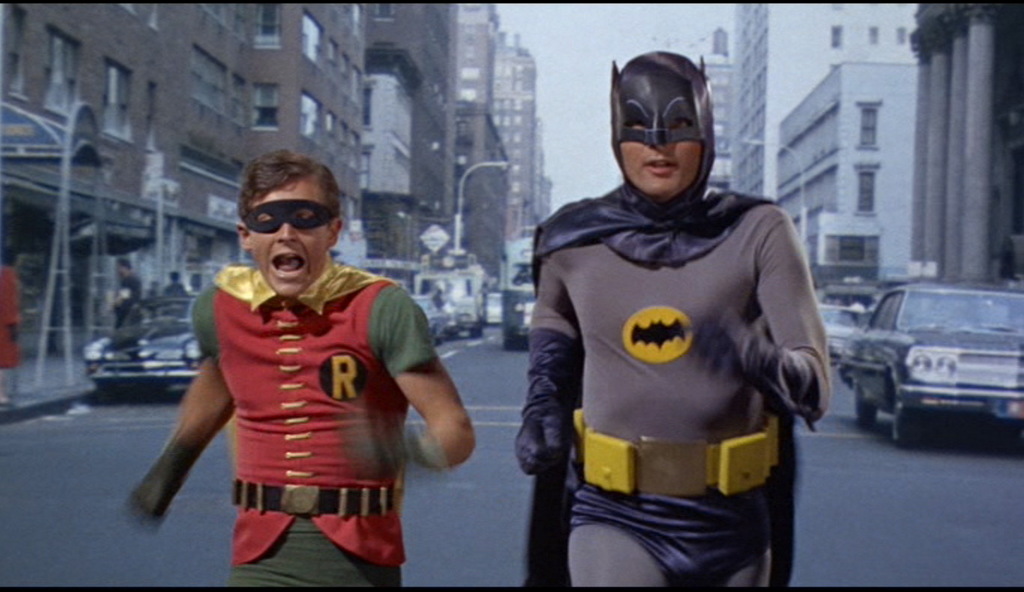 It doesn’t seem to matter what kind of Batman fan you are—whether it be the current Arkham series, Christopher Nolan or Tim Burton’s films, or even just an Animated Series fanatic—there’s a place in everyone’s heart for the ’60s Batman television show. It took about three decades to properly figure out everyone’s rights, seeing how it was an ABC show that was then produced by 20 th Century Fox with a property now owned by Warner Bros. In late 2013, the deal was finally worked out to bring the iconic campy television show to DVD, first as a giant box set in time for 2014’s Christmas season, and then individual seasons over the course of 2015. And with Season 3, making it’s way to DVD on Nov. 3, Bat-fans finally get closure on an important piece of their childhood.

But more importantly, releasing the entire Batman series on DVD for fans old and new to check out has resparked an interest in “camp material.” Intentional camp, specifically, is a style in which whatever you’re watching/reading/listening to acknowledges that the universe it resides in is a parody, and is totally serious about being a parody. In order words, it knows its a joke and is embracing being in on it’s own joke. When Batman first hit televisions screens in 1966, it was playing up what the actual comic book series embodied, which was a super hero story for kids. Go back and read what the family-friendly comics of the ’60s were like in Batman, Superman, The Flash, Green Arrow, Wonder Woman and more. All ridiculous pieces of work centered around a terrible premise that put the heroes in strange danger, and by the end of the issue they found an even more ridiculous way out of it.

The ’60s Batman came at a time in television where much of the landscape primarily fell into one of four categories: variety shows, serious crime dramas, game shows, or outrageous sitcoms. This is an era dominated by shows like The Monkees, Star Trek, Lassie, Flipper, Hogan’s Heroes and Dragnet. The series broke the mold in a lot of ways, being a comedy show for adults that kids could also enjoy made it one of the few prime-time shows of the era that people didn’t need to fight over watching. It put a lot of the crazy characters from Batman’s rogues gallery on network television with fine talent behind each one, even if they were extremely corny and served no purpose beyond making the show work for camp. Not to mention the catchy theme song and phrases like “to the batpoles” and “riddle me this” that hit pop culture faster than lightning.

Even though the series lasted only three seasons, and became an under budgeted joke near the end, the impact Batman served on television is immeasurable. Before the show there were only a handful of examples like Gilligan’s Island, Get Smart and F Troop that could even come close to the same value. After it left television, camp found its way into dramas such as Dynasty and Dallas, sitcoms like Mr. Terrific and action shows like Charlie’s Angels. Throughout history it has become a cornerstone of comedy-like programming like Tim & Eric Awesome Show, Cheap Seats, Are You Being Served? and even The Simpsons.

As to where Batman stands today, the majority of the actors who played the villains from the television show have passed on, even this year we lost the original Batgirl, Yvonne Craig . Adam West and Burt Ward have promised to return in an animated Batman project coming out next year. DC Comics currently run a title called Batman ’66 featuring lesser known villains like Bookworm and King Tut. But the spirit of it lives on in everyone who ever saw it as a rerun on television or wishes to find out what everyone loves so much about it through DVD. Whatever the case may be, all it takes is a single call on a red phone and sliding down the batpoles to get you singing along and enveloped into this universe. Na-na-na-na na-na-na-na, na-na-na-na na-na-na-na…