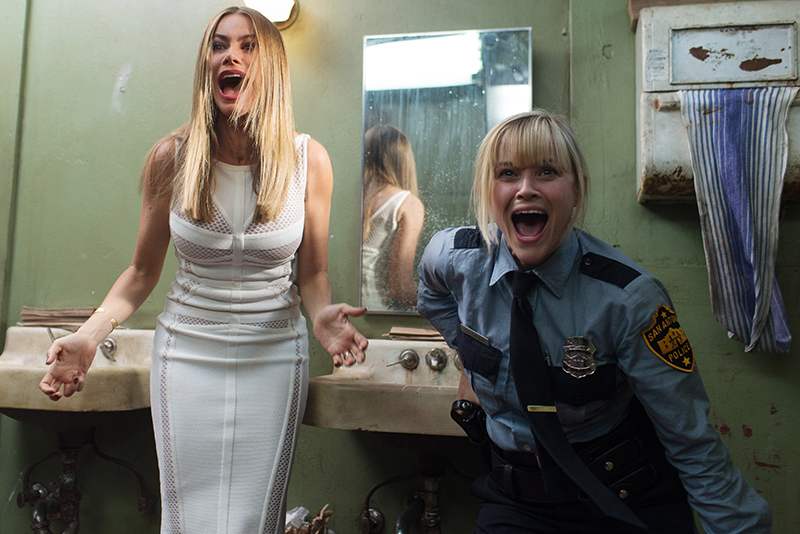 There is nothing more enthralling to an audience than a story about a cathartic change between two people—battling against odds and yet being able to find the humor in the situation and each other. Reese Witherspoon plays a misunderstood and outwardly rigid police officer. She is constantly trying to battle against her legacy of setting a kid on fire with a taser and living up and moving outside of her father’s shadow. Sofía Vergara plays a woman who is married to the financial enforcer for a drug cartel. She is a woman who knows how to use her body and her Latin charm and is cunningly deceptive. Witherspoon is sent to pick up Vergara and her husband with her partner, but is waylaid by two sets of gunman determined to kill her partner and the husband—leaving Witherspoon and Vergara on a wild goose chase to get to Dallas, so that Vergara may testify.

Sounds somewhat interesting and possibly funny, right? I mean, this idea is close to the same premise of the cult classic Me, Myself and Irene but, sadly, no. This movie is nothing more than slow dialogue and close-up shots of Vergara’s breasts. Hot Pursuit follows the same predictable bullshit change-of-heart as seen in the new Mad Max. You know that early feeling of, “Oh, they’re going to be friends,” when you first see the “bad guy” coupled with that simplistic gut feeling one gets when you know just how it’s going to end—once you see the movie poster—that’s Hot Pursuit. The humor in the movie was overdone and completely simple. There was no subtle or high-brow humor—moments were exaggerated and after some jokes, small pauses were given to give the joke a moment to be “appreciated.” The humor of this movie would be if Me, Myself and Irene had a child with Get Hard (minus the social commentary) and that child grew up to be Daniel Baldwin making half-baked jokes on World’s Dumbest. The acting of Witherspoon, Vergara and anyone else in the film was lackluster. Sure, Witherspoon was able to portray an uptight pain in the ass with daddy and control issues and Vergara was able to play a ditzy Colombian woman married to a drug lord. However, with their combined talents, they actually made the movie worse. Witherspoon’s character was too rigid and her one-dimensional acting comes off like someone you try to buy for a drink at the bar but then halfway through the conversation, slowly walk away, not making any quick movements. Vergara’s character kept changing her accent. While talking with Witherspoon, she would speak in a white Southern accent, but when talking to males would accentuate her Spanish accent. Her character followed a lot of the same rhetoric as the easily palpable and sexualized character she has played on Modern Family and Soul Plane.

All these factors together created a vacant skeleton with brittle bones and no muscle, fat or skin—no soul. Hot Pursuit’s acting and jokes are so poor that it will also leave the viewer more empty and soulless than a Tinder one night stand. This movie exemplifies the current flux of Hollywood movies such as Ant Man and Mad Max—no real substance, slow content and little to no words in the dialogue that has more than four syllables. The 8-percent score received on Rotten Tomatoes was too kind and probably was given that high of the rating because of the two actresses.