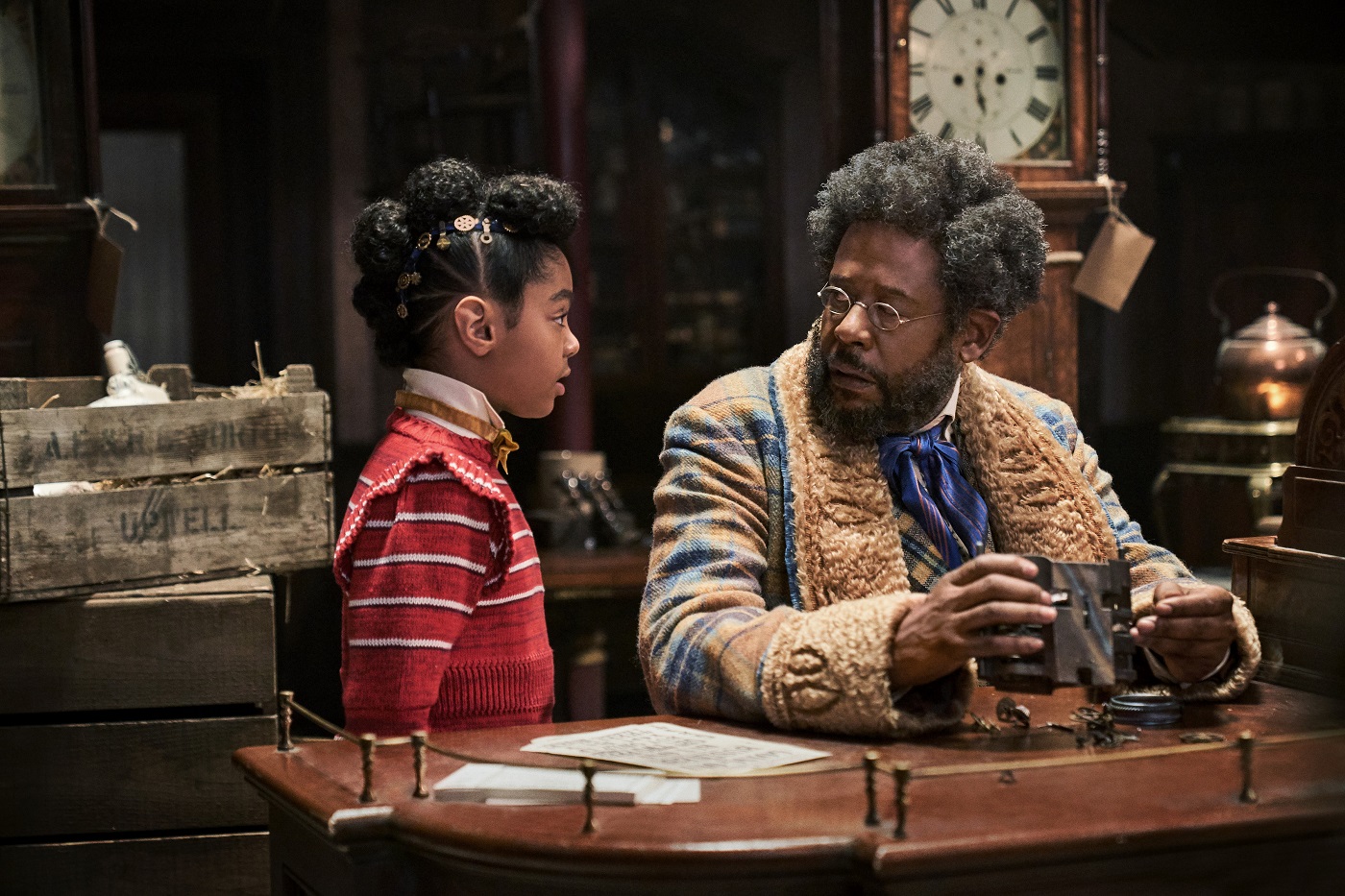 As I’ve mentioned before, when reviewing a film, you have to grade on a curve: You’re not judging Bill and Ted Face the Music on how it compares to Shindler’s List. There are some genres that require reviewing through a very particular lens, and family-oriented Christmas movies are at the top of that list. There are a select few films are both great holiday treats and actual, honest-to-goodness great films in their own right, and Klaus, the big yuletide offering from Netflix last year, was one of those rare classics. But the vast majority of Christmas movies are definitely not great films, and they need to be judged in terms of whether they make for serviceable holiday entertainment.

This year, Netflix offers us ​Jingle Jangle: A Christmas Journey, which is framed as a story that a woman (Phylicia Rashad) tells to her two grandchildren.

In the quasi-Victorian town of Cobbleton, there lived a legendary toymaker named Jeronicus Jangle (Justin Cornwell), whose fanciful inventions burst with whimsy and wonder. But when his newest creation, a self-obsessed robotic matador toy (amusingly voiced by Ricky Martin) convinces Jangle’s trusted apprentice, Gustafson (Miles Barrow), to steal the book of blueprints for inventions and pass them off as his own, Jeronicus is ruined and driven to despair. The years pass and Jeronicus becomes old, bitter, and Forest Whitaker. But when his bright and inventive granddaughter, Journey (Madalen Mills), comes to visit, she sets out to heal the old man’s broken spirit and reawaken the magic within him.

Writer-Director David E. Talbert (Baggage Claim, Almost Christmas) was driven to make the film after trying to introduce his son to Chitty Chitty Bang Bang and discovering that the boy felt no connection to it because he couldn’t see himself in the all-white cast. This put the movie in proper context for me, recognizing both the sad truth that the era of ’60s musicals were about as inclusive as the most posh country clubs of that era, and also that just because I grew up with Chitty Chitty Bang Bang, it doesn’t mean it’s a great or particularly cohesive film (but it’s still a magical one).

Jingle Jangle is magical, even if it’s also a frenetic and jumbled mess. The film often makes very little sense, and it’s filled with enough high fructose corn syrup to keep the Coca-Cola company going for three months. But it’s a Christmas musical for kids—energetic, fun and made with heartfelt good intentions. The enthusiastic cast fully commits to making it digestible, and the production design by Gavin Bocquet (the Star Wars prequels) is gorgeous. Talbert’s direction is capable, though between the set design and the energetic dance choreography, he shoots largely in wider angles that sometimes make it feel like a stage production or TV special. But the choice to do some of the narrated sequences in animation—made to look like hand carved wooden toys—is an enchanting one.

The original songs, written by John Legend, Philip Lawrence and Davy Nathan, are very lovely, even if there isn’t a true show stopper in the bunch. Whittaker has a surprisingly strong singing voice, and his performance, and that of newcomer Mills as his granddaughter, anchors the movie. Keegan-Michael Key, who seems to be in every third movie these days, does terrific work as the older version of Gustafson, though the character doesn’t give him enough chances to shine, and he deserves a star vehicle of his own. But far more unfortunately underused is Anika Noni Rose (The Princess and The Frog) as Jangle’s estranged daughter. She’s good, and I could have done with a lot more of her.

Jingle Jangle: A Christmas Journey is a vibrant and at times joyful holiday experience, even if it never really even approaches greatness as a film. The critic part of me will not be thinking about it when I’m compiling my list of the best films of 2020, but the part that is an unabashed Christmas freak who is off and running on November 1st may well add it to his personal list for yearly viewing. –Patrick Gibbs