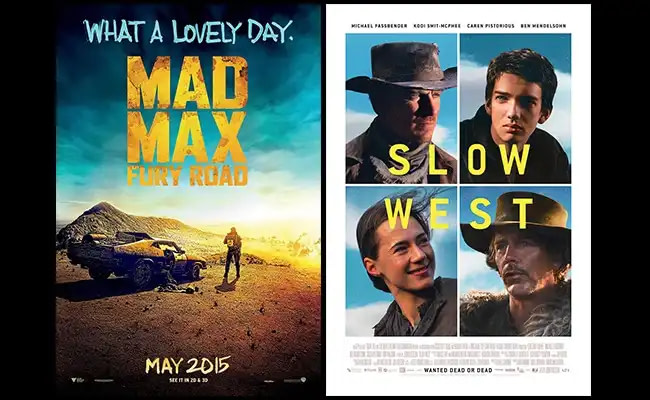 After three films, Pete Docter has perfected the art of making grown men cry while watching his animated projects—the end of Monsters Inc., the be- ginning of Up and now with multiple scenes in Inside Out. The story follows Riley (voiced by Kaitlyn Dias), a carefree teenager as she moves to San Francisco, but the real story is inside her head.

The audience is introduced to her emotions, which include Joy (voiced by Amy Poehler), Sadness (voiced by Phyllis Smith), Disgust (voiced by Mindy Kaling), Fear (voiced by Bill Hader) and Anger (voiced by Lewis Black). Docter explores how memories affect emotions and what happens to a teenager’s behavior when Joy and Sadness are removed from the equation. Here’s a hint: She gets very moody, like ANY teenager.

This feels like the first Pixar film that was not designed with children as the primary target audience. It’s exceptionally imaginative and complex with its examination of the psychology of children. With that said, children can enjoy the wacky characters and vibrant colors, and teenagers can relate to the main character, but parents will appreciate the content on a much different level. Once again, Pixar raises the bar on the capabilities of animation, and I shake my fist at Pete Docter while my other hand wipes away the tears. –Jimmy Martin

It’s hard to believe it’s been 30 years since we’ve had the pleasure of joining Max Rockatansky on an adventure. The role has now been placed in the hands of the gifted Tom Hardy, and director George Miller proves that, like a fine wine, he only gets better with age.

The story follows Imperator Furiosa (Charlize Theron), a war rig driver who betrays her leader, Immortan Joe (Hugh Keays-Byrne), by rescuing his multiple wives, who’ve been forced to bear his children, in order to take them to “the green place.” After this 10-minute setup, Miller delivers a nonstop chase sequence that refuses to let off the accelerator until the credits roll. The practical effects are mind-blowing, and every single frame of the film is worthy of hanging in the Smithsonian.

To be honest, this is Theron’s movie, and she’s fantastic—she knows how to throw a punch and commands the screen with alluring authority. Hardy is one of the greatest actors working today because he always offers something new rather than being a one-note performer. From beginning to end, Miller brings the world a game-changer with this masterpiece that is 100–percent brilliant madness. –Jimmy Martin

It would be easy to criticize the fact that Me & Earl & the Dying Girl appears to have been genetically engineered to be a summer box office moneymaker. It’s an adaptation of a young adult novel about adolescent friendship in the midst of terminal illness, which is hot shit in Hollywood right now, thanks to The Fault in Our Stars. Basically, I went in to this film wanting to despise it for its utter marketability.

Upon seeing it, however, I was reminded that movies can be commercially successful and good at the same time—and that’s OK. The film chronicles the senior year of Greg (Thomas Mann), his friend Earl (R.J. Cyler) and Rachel (Olivia Cooke), who has been diagnosed with leukemia. Though all of the teen dramedy tropes are present—awkward parents, the teacher who gets it, the exploration of high school cliques—the excellent supporting cast keeps the narrative fresh.

Greg’s parents (Connie Britton and Nick Offerman) add an eccentric jolt of parental weirdness to their scenes, and The Walking Dead’s Jon Bernthal takes archetypal cool-teacher role into some original territory with his tattoos and battle-scholar vibe. While I found myself wanting more in regard to Rachel’s character, the film’s treatment of her friendship with Greg is both darkly funny and realistically somber. This is one movie that is safe to see regardless of its soon-to-be huge commercial appeal. –Alex Springer

While I never saw the first installment of this franchise, it wasn’t too difficult to put the pieces of this mediocre puzzle together. After becoming renowned in the a cappella community, the Barden University Bellas become a global embarrassment after a wardrobe malfunction with the President in attendance. Now, the group must win the World Championships, a feat never achieved by an American team, in order to be reinstated.

With eight actresses involved, you would think at least one would have the capability to lead a film, but such is not the case, since this cast is composed of only supporting talents. In fact, someone needs to take Rebel Wilson aside and whisper in her ear, “You’re not Chris Farley.” The only laughter comes from the side characters, including Keegan-Michael Key, David Cross, John Michael Higgins and Elizabeth Banks, who actually directed the film, so it’s not surprising she gave herself all of the funniest lines of dialogue.

If you were to play a drinking game where you take a shot every time a montage happens, you would be dead at the halfway point. All in all, this film comes across like a bad episode of Glee, except Glee would only waste an hour of your life. –Jimmy Martin

In what may be one of the most aptly named films at this year’s Sundance Film Festival, Slow West is in no hurry to tell the story of Scotsman Jay Cavendish (Kodi Smit-McPhee) and his continent-spanning quest to find Rose (Caren Pistorius), the long-lost love from his hometown.

Things get complicated when a desperado named Silas Selleck (Michael Fassbender) decides to accompany Jay on his journey—possibly to cash in on a bounty that hangs over Rose’s head. Taking a cue from neo-Westerns like Jim Jarmusch’s Dead Man, Slow West uses the chaotic landscape of the American frontier as an allegorical exploration of love and death. There is something surreal about seeing the Old West interpreted through the lens of New Zealand, where the film was shot, and it added to the story’s dreamlike tone.

The immensely watchable Fassbender exudes some serious Han Solo vibes as he guides Jay through the unforgiving wilderness while trying to act like he doesn’t give a shit. McPhee’s boyish, innocent appearance is ideal for a character whose belief in true love has guided him so far into the lions’ den. While the film’s ending is sure to polarize audiences, it was a ballsy way to emphasize the point that the frontier was an ecosystem all its own, indiscriminately filling some hearts with purpose and others with bullets. –Alex Springer