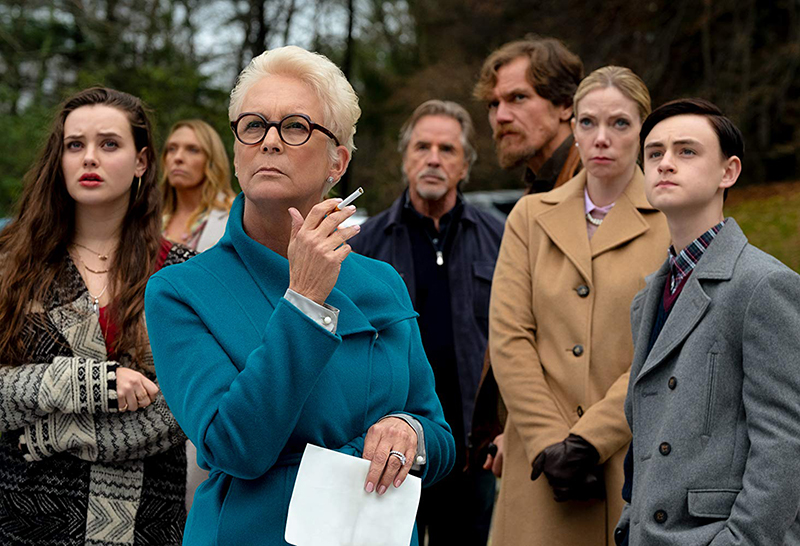 When I left the press screening of director Rian Johnson’s The Last Jedi, the audience (made up exclusively of film critics) seemed to be in agreement that we’d just witnessed something special: It was a bold and daring movie that shook up the Star Wars formula while lovingly saluting it at the same time. The ensuing online backlash caught us completely by surprise. For years, fans had been begging for a truly grown up Star Wars film; now that they had one, all they could do was trash it. These angry, anti-PC fanboys didn’t necessarily represent the largest section of the audience, but they were certainly the loudest.

Johnson’s new film, the Agatha Christie homage Knives Out, is ostensibly a darkly comic murder mystery, but it’s also a subtle—if not candid—response to those haters. The premise is quite simple: Wealthy crime novelist Harlan Thrombey (Christopher Plummer) invites his family to his remote mansion to celebrate his 85th birthday. The next morning, Harlan is found dead in what is assumed to be a suicide. The family’s mouths begin to water at the prospect of the will, but a complication emerges when the police arrive with renowned detective Benoit Blanc (Daniel Craig), who suspects foul play.

As is usually the case with a whodunnit, there is more going on than meets the eye. Johnson’s wickedly clever screenplay is a biting commentary on online culture, class division and the anger and paranoia that seems to fuel so many of our interactions with one another in modern society. The cast is terrific, ably led by Craig as a southern-fried Hercule Poirot and Chris Evans, who reminds us that before he was the squeaky-clean Captain America, he specialized in playing a self-absorbed playboy. Ana de Armas (Knock Knock, Blade Runner: 2049) gives a star-making performance as Harlan’s personal nurse, and Christopher Plummer is delightful as the beleaguered patriarch.

Johnson crafts this atmospheric thriller with the kind of expert pacing and clever dialogue we have come to expect from previous works such as Brick and Looper, delicately balancing a mix of laughter and suspense.

Knives Out is easily one of the smartest and most entertaining films of the holiday season. If you love a good mystery and a good time, it should find a place on your “must-see” list. –Patrick Gibbs