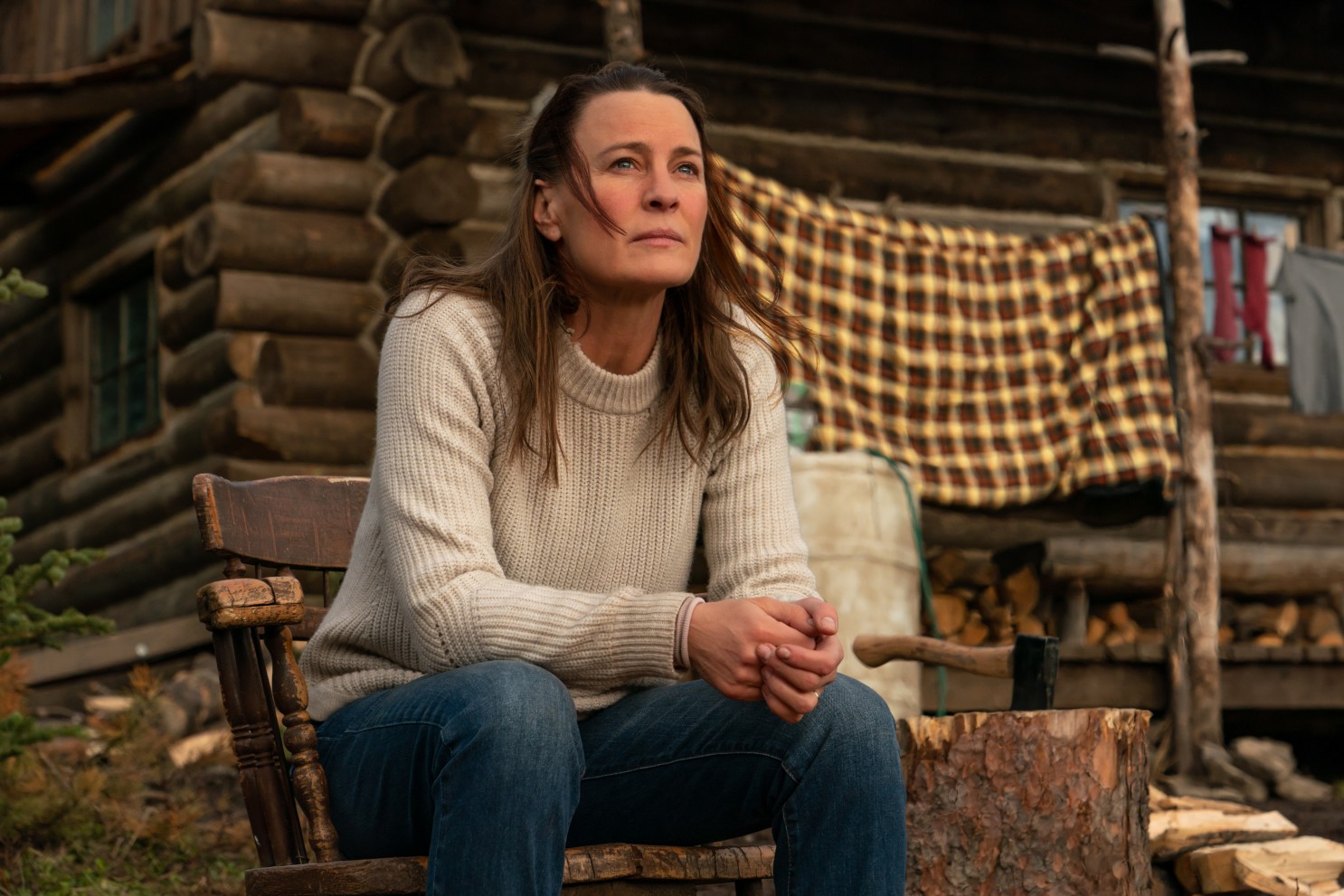 I’ve been something of a fan of Robin Wright since way back in 1987, when she got her big break in Rob Reiner‘s penultimate classic, The Princess Bride. But it was her iconic yet underrated performance as Jenny in Forrest Gump that made her one of my favorites, and this performance will always be special to me. Wright’s tour de force performance in Robert Redford‘s unsung classic The Conspirator, for me, stands among the most egregiously underappreciated of the 2000s, and this connection to Redford, combined with the gorgeous mountain scenery in Land, Wright’s directorial debut, make it feel more than appropriate for a premiere at Sundance—it feels like a sort of homecoming.

Land is the story of one woman’s search for meaning in the vast and harsh American wilderness. In the aftermath of a life-altering tragedy, Edee (Wright) finds herself unable to stay connected to the world she once knew. She is even driven to thoughts of suicide, though her sister, Emma (Kim Dickens, Deadwood, Gone Girl), pleads with her to promise not to hurt herself. In the face of uncertainty and despair, Edee retreats to the magnificent but unforgiving wilds of the Rockies. After she almost freezes to death, a local hunter named Miguel (Demián Bichir, The Hateful Eight, The Midnight Sky) brings her back from the brink of death, but Edie must still find a way to live again.

One of the reasons I’ve admired Wright for so long is that her choices in material tend to be unpredictable without becoming flashy or self indulgent, and that very much applies to her directorial approach. The camera movement is kept to a minimum, with more emphasis on framing and picturesque imagery than money shots. While sometimes the best way to shoot a gorgeous landscape is just to keep the camera planted down, it’s hardly the best way to say “look at me and my mad directing skills!”—which is often a priority when a star makes their first feature. Cinematographer Bobby Bukowski (The Messenger, The Last Thing He Wanted) relies heavily on natural lighting, giving Land a realistic texture that is muted and gloomy during interior scenes but sharp and vibrant when it’s in the great outdoors, echoing Edee’s own personality.

Wright the actress conveys the anguish of the character with a low-key, committed performance, beautifully portraying a broken soul that is lost and gradually finds itself again. But I tend to measure an actor-director at least as much by their utilization of the rest of their cast, and Wright passes that test nicely by allowing Bichir, who is fast becoming a favorite of mine, steal much of the film with his thoroughly charming portrayal of Miguel. Wright and Bichir have phenomenal chemistry, and the platonic friendship between these two is one of the most moving character relationships I’ve seen in some time. Miguel likes to sing ’80s tunes—rather badly—a trait that’s oddly endearing, and his quiet wisdom earns him the nickname “Yoda” from Edee.

The screenplay by Jesse Chatham and Erin Dignam (The Crossing Guard) is smart and cinematic, in the sense that it doesn’t rely on dialogue to communicate everything. The story and all of its details unfold over time and in fragments, but it’s never difficult to follow.

All of this is not to say that Land reinvents the wheel or is some bold leap forward in filmmaking. It didn’t quite blow me away, but I don’t really think it was meant to do so. It’s a quiet, introspective and metaphorical film that I found to be a rewarding experience and a very promising first feature. It’s a shame that it’s opening in wide release when many people, myself included, won’t be able to appreciate the sumptuous scenery on the big screen because of the pandemic, and it’s likely that most of its audience will be online festival viewers or those who wait for the video release. But however you choose to view it, Land is well worth your time.  –Patrick Gibbs