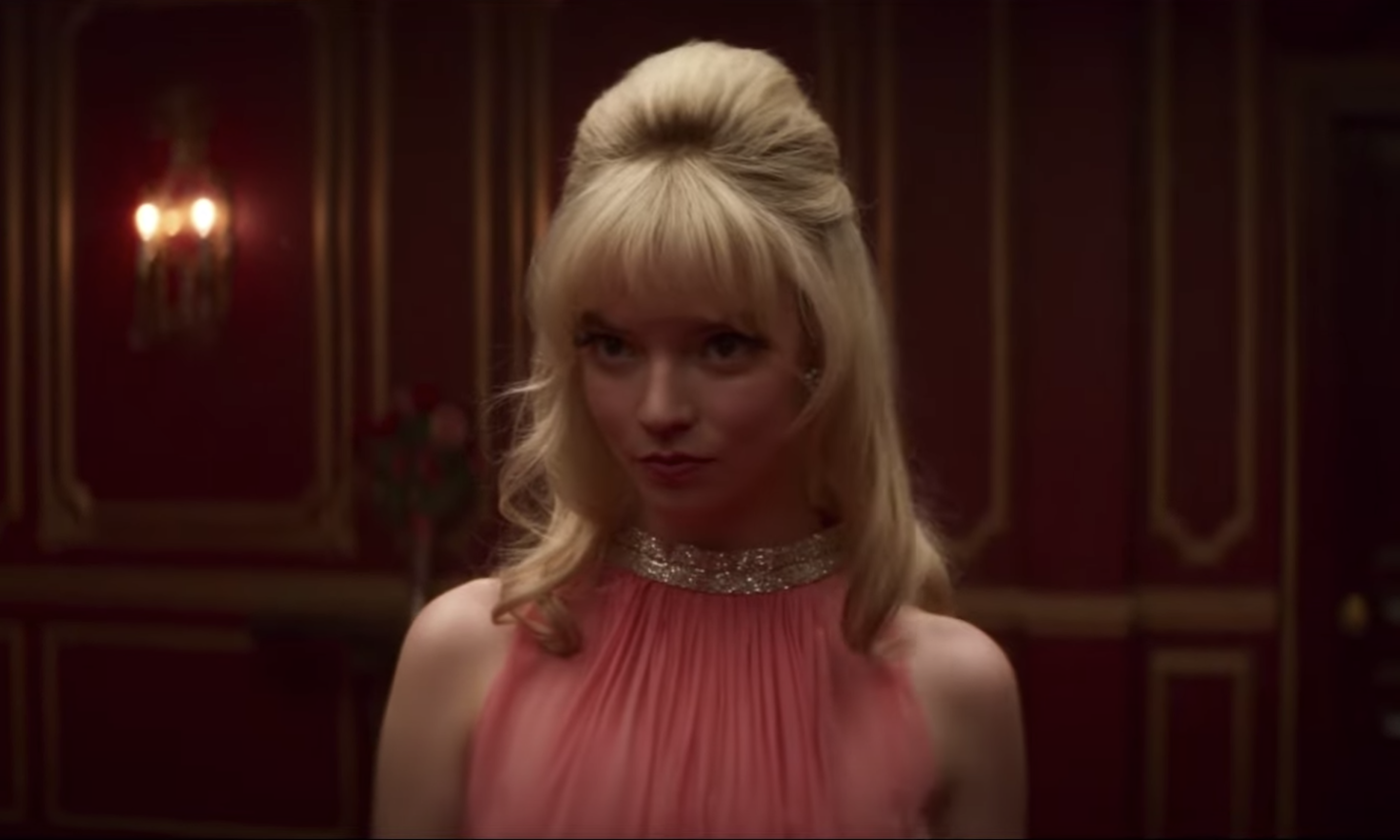 Whenever a director reaches a level at which they become a brand name, it can spell either artistic triumph or ego-driven doom. Last Night in Soho, Edgar Wright’s new psychological thriller, doesn’t fall entirely into either category but spends plenty of time dancing on the edge.

Last Night in Soho is the tale of Eloise (Thomasin McKenzie, Jojo Rabbit, Old) aspiring fashion designer from a small town who has a borderline obsessive love of the early 1960s. She can also feel the presence of her late mother and even occasionally sees her reflected in mirrors. When Eloise goes away to school in London to study design, she discovers her ability to enter a portal to the ’60s. Here, she encounters the glamorous, budding young singer Sandie (Anya Taylor-Joy, The Queen’s Gambit). Sandie catches the eye of every man in the city, including Jack (Matt Smith, Doctor Who), a cool, connected fellow who promises to make Sandie a star. Eloise follows Sandie every night—the pair are figuratively joined at the hip and at times literally interchangeable. But, the glamour is not all it appears to be. It isn’t long before the dreams of the past start to crack and splinter into something far darker.

Wright (Shaun of the Dead, Scott Pilgrim vs. the World, Baby Driver) is a master of style and precision, and Last Night in Soho allows him to indulge those stylish sensibilities to their fullest. He creates a transportive sensory experience that dazzles the eyes and ears from the intricate production design and moody cinematography to the killer ’60s soundtrack. He’s also got a perfect Audrey Hepburn type in McKenzie and the ultimate Hitchcock blonde in Taylor-Joy, a combination that would make any classic cinema enthusiast’s mouth water at the possibilities. Last Night in Soho is never short on atmosphere, but it has a tendency to stumble a bit in the storytelling department. It keeps the viewer hooked but moves a bit too slowly and circuitously at times, and the third act reveal is far too easy to see coming. What’s more, the wrap up left me with a number of nagging questions.

McKenzie has a definite star quality that holds Last Night in Soho together, though I must admit that I tend to find her to be a bit annoying when she’s playing upset and pouty. She’s a very human and endearing presence, and she gets a very strong assist from Taylor-Joy; the two make a good duo in a “Marrianne and Ginger trip out in hell” way. Smith, who was so endearing as the 12th Doctor but has had only slightly better luck on the big screen than Justin Guarini, finally gets a memorable character to play wickedly against type. Terence Stamp (Spirits of the Dead, Superman II) is great as a mysterious old man who may be hiding something, as is the late Diana Rigg, best known for the British ’60s television phenomenon The Avengers, On Her Majesty’s Secret Service, Mystery! and, most recently, Game of Thrones.

Last Night in Soho works well enough to forgive its flaws, and I can see it becoming a spooky Halloween tradition, but it’s more a mildly psychedelic niche movie than a great film. If you’re looking for chills and thrills in a darkened theater this weekend, you could do a lot worse than going trick-or-treating with Edgar Wright. –Patrick Gibbs