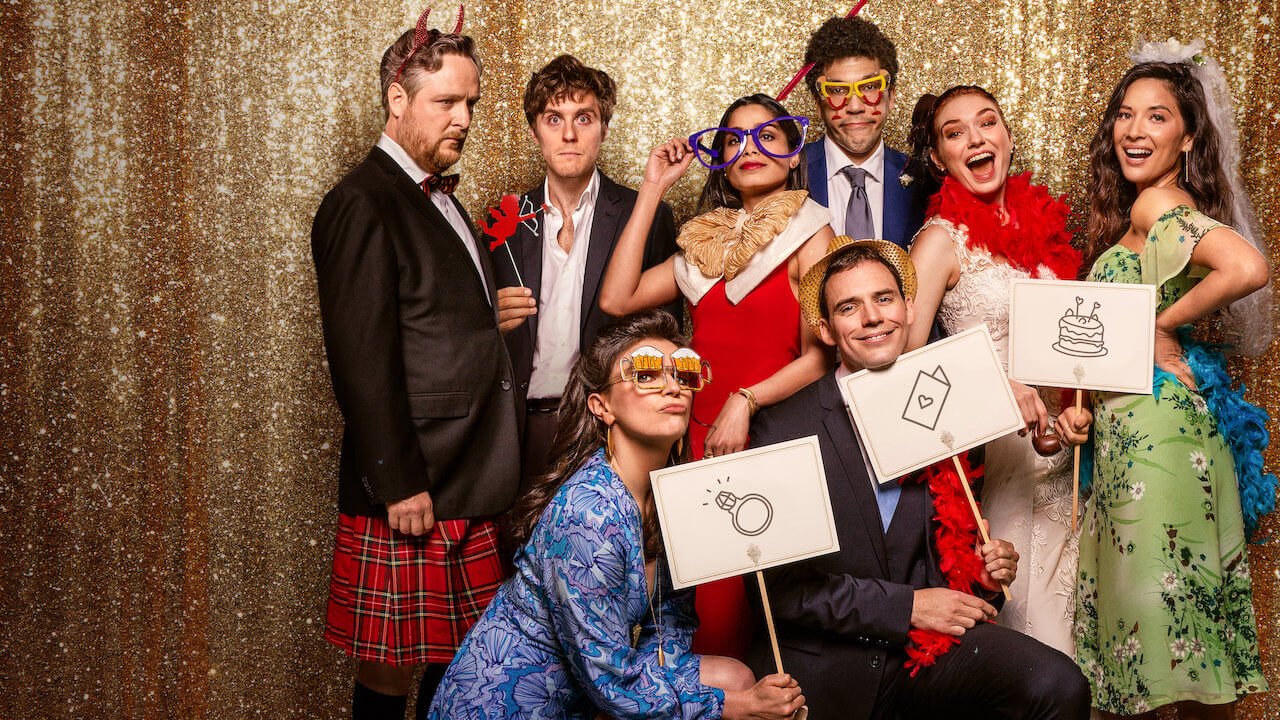 One of the reasons that romantic comedy is such an inconsistent genre is that there are generally  two major goals: One is creating situations that the audience can relate to, and the other is creating characters they can live through vicariously. These are far too often at odds with each other, and we usually only get one or the other. In the case of the Britcom nuptial farce Love. Wedding. Repeat, we get neither.

In Italy, Jack (Sam Claflin) is preparing to walk his sister Hayley (Elenanor Tomlinson) down the aisle at her lavish dream wedding. She then gets teary-eyed and states that “I wish Mum and Dad could be here,” a phrase that can be found in The Big Book of Shorthand Plot Exposition, right next to “You’ve been my best friend since the third grade” and “It’s been six months since the accident and he still hasn’t spoken a word.”

Jack and Hayley are the only family the other has got, dammit, and Jack is determined to make sure his sister has a perfect day. But little does he know that a group of children are going to play with the seating plan at his table by mixing up the names, and attempted hilarity ensues. Jack must contend with an angry ex-girlfriend, an uninvited guest with a secret, a sleep sedative, the girl that got away, and—obviously—being given the constant direction to “do it like a young Hugh Grant would have.” As the wedding falls apart, the action abruptly stops and we are treated (I use the term loosely) to alternate versions of the same day unfolding, all based around the interplay between chance and fate and love—blah blah blah. I’m pretty sure I blacked out at that point.

The cast is by far the best thing this film has going for it. In particular, Claflin (The Hunger Games sequels and Journey’s End) and Tomlinson (Jack The Giant Slayer) are immensely likable even if the script doesn’t allow them to be particularly funny. Olivia Munn doesn’t fare nearly as well as the girl Jack is pining after, coming across as dull, self-absorbed and distant. But the major problem here is that first time director Craig (best known as the screenwriter of both versions of Death at a Funeral) has no sense of pacing whatsoever. This may be the most meandering, plodding farce I’ve ever seen. The film has a total of one genuine laugh in it, and it comes somewhere around the 50 minute mark.

This is the kind of movie that believes that all you have to do to achieve cinematic gold is to combine treacly romance with a constant stream of vulgar sexual references. People speak aloud about nudity and bodily functions, just as a 100-year-old Italian lady walks up next to them, because that’s absolutely something that happens in real life.

Love. Wedding. Repeat is made up of jokes that are old, very little that is new, performances that feel borrowed and language that is unnecessarily blue. It may be just barely diverting enough to watch once, but it feels like precious time wasted, even now, when we have so much of it to kill. –Patrick Gibbs