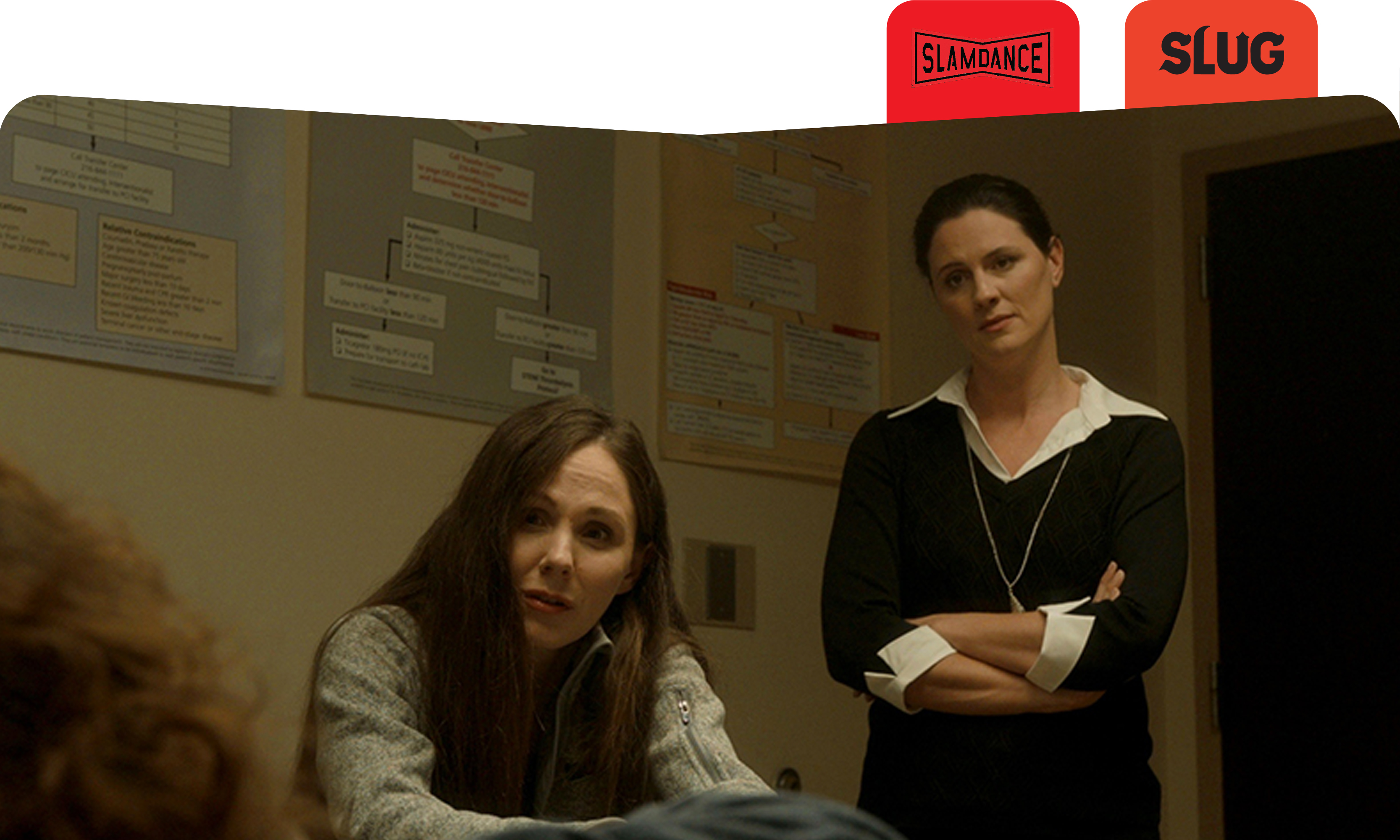 After finalizing her late-in-life divorce, Mel (Maryann Plunkett) finds herself crying uncontrollably and past the point of a nervous breakdown. Connie (Jennifer Lafleur) and Casey (Eilis Cahill), her two adult daughters, convince her to spend a week in the psych ward, where Mel spends her time making collages with inspiring quotes, leaving voicemails for her ex-husband, and listening to the eager ramblings of fellow patient Jerry (Mark Reeb). Meanwhile, the acrimonious Connie, who garners security in her traditional success—good degree, good career, loving husband and two young kids, etc.—suddenly finds herself struggling when her company files a legal suit against her. The wayward Casey, on the other hand, is 26, recently joined a writers’ group and grapples with feelings of inferiority and self-doubt.

As the three women try to work through their own uncertainties, what ensues is MAD—mutually assured destruction—a farcical dramedy that manages to be both biting and poignant. On its own, the plot isn’t particularly compelling, even trite. After all, the film is centered on a needy, manic-depressive mother, her two daughters—one bitter, the other petulant—and the resentment that courses throughout their interactions. Writer/director Robert G. Putka’s script, however, propels MAD with excellent, relentless and 100-percent believable dialogue, which is more wry comedy than tense drama, veering from overblown rants to cutting, underhanded side comments. Noteworthy performances by Plunkett, Cahill and Lafleur lend a solidly character-driven candor to each haranguing exchange. Surprisingly, the most revealing exchanges aren’t those that the women have with one another, but instead in each individual’s various encounters throughout their own lives: Mel with a kooky, somewhat burned-out therapist with good intentions; Connie, who fondly chats with her young daughter, confides in her stay-at-home husband and seethes at her coworkers; and Casey, who endures strange, passive-aggressive judgments from the patronizing leader of her writer’s group.

It’s easy to see where Putka draws his directorial influences. MAD brings to mind David O’Russell’s penchant for affirming dysfunctional family members and the sometimes ridiculous, sometimes brutal ways that they treat each other. The care with which each character is written evokes Alexander Payne and his ability to humanize what would otherwise be unpleasant and objectionable individuals. The film lacks pretension, unhindered by heavy-handed and sensational cinematic effects, which does well to unveil the complicated motivations and visceral feelings that underpin each laden exchange. On the other hand, MAD never quite peaks. There aren’t any transformative eureka moments, nor any scenes that are particularly affecting or poignant. The film’s conclusion is rooted in a similar vein: Neither happy nor sad, each character stumbles into a new and delicate sense of familial unity, but each are still entrenched in an unpredictable, unresolved and transitory place. Like the dialogue in MAD, though, these aspects are entirely appropriate, working to the film’s benefit as it crafts a true-to-life glimpse into the subtle ways by which we change, grow and navigate our relationships and lives.