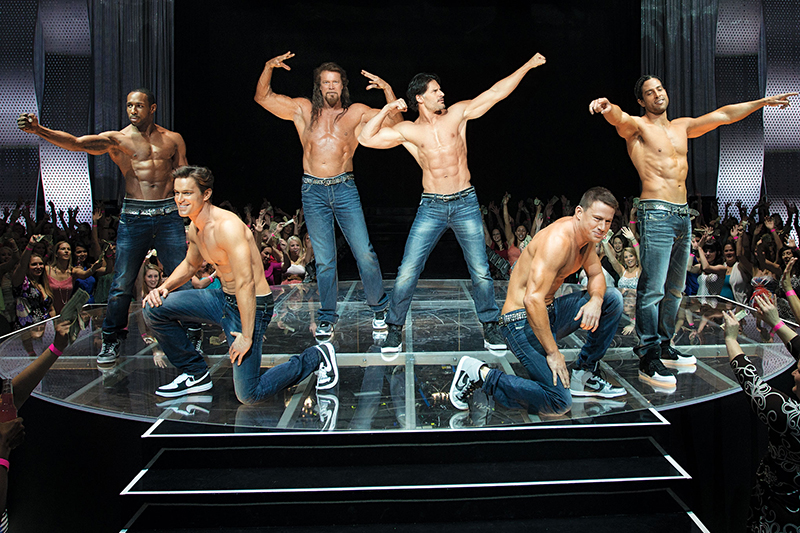 Well, because my wife and every other squealing theater attendee loved the Kings of Tampa so much three years ago, Hollywood has decided to get the troop back together for one more round of grinding crotches. In Magic Mike XXL, years have passed, and Mike (Channing Tatum) is out of the stripper business and making custom furniture pieces, but when his former colleagues show up unannounced, it’s time to get back in the game at the annual stripper convention in Myrtle Beach, South Carolina (Yes, it’s a real thing). Road trip! First off, let’s all put our honesty cards on the table. Anyone going to this film isn’t going for the plot, which is good because there isn’t one. You’re going to watch beefcakes shake their banana hammocks, and that’s totally fine and totally dandy. Just don’t tell me you and your friends are “going to the cinemas.” Lies! Also, I’m from the South. A drive from Tampa to Myrtle Beach takes eight hours, not three days. Harumph! For a two-hour movie, there’s only about 20 minutes of dancing—granted, the dances are hysterical, but you’re better off going to see the real deal at a club. Just don’t eat the popcorn there. Yuck! –Jimmy Martin