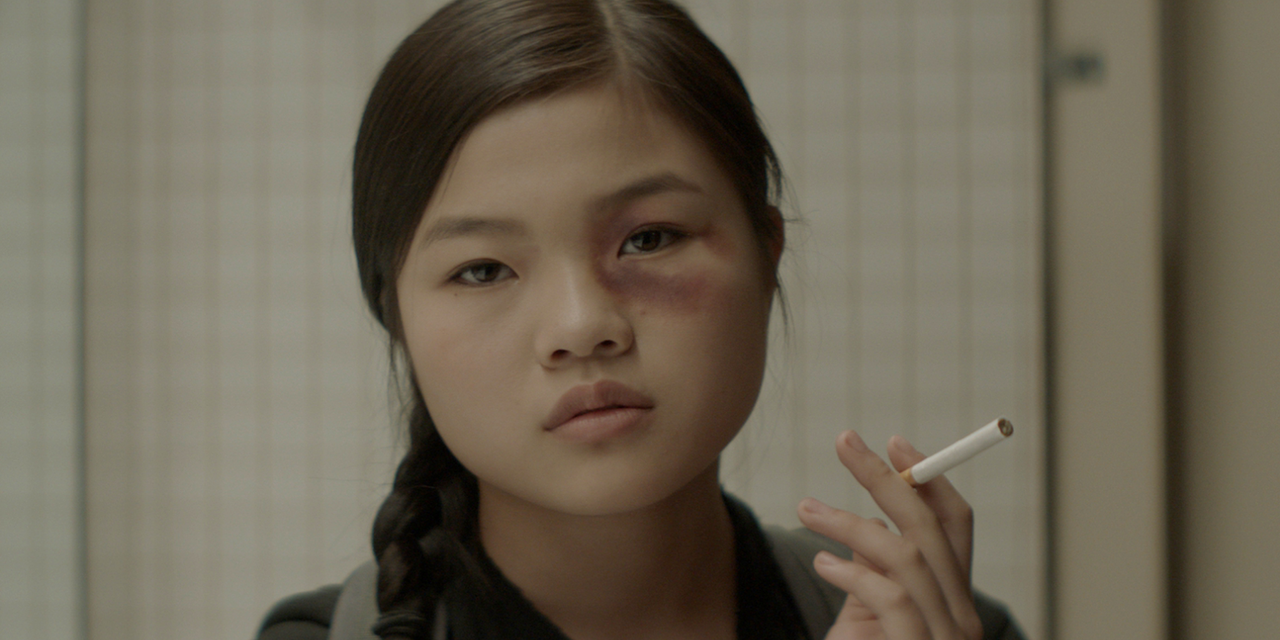 I’m pretty sure that all of us have, at one time or another, wondered what The Karate Kid would have been like if the kid was Asian and Mr. Miyagi was Carla from Cheers. On the surface, writer-director Kate Tsang’s Marvelous and the Black Hole appears to be just that, but if you dig deeper, it’s really more akin to an afterschool special that somehow gets away with using the word “fuck” twice.

13-year-old Sammy Ko (Miya Cech) is struggling to cope with the death of her mother and her relationships with older sister, who finds solace in the world of online gaming, and her father (Leonardo Nam, The Perfect Score), who spends all his time at work or with his new girlfriend. After Sammy is caught vandalizing one of her school’s restrooms, her father enrolls her in a summer course at the community college—if she fails, she’ll be sent to a boot camp for delinquent youth. After storming out of her first class, Sammy meets the surly magician Margot (Rhea Perlman). Margot forces Sammy to be her assistant for a performance, and although Sammy seems uninterested, she seeks Margot out after the show and asks to become Margot’s pupil. Margot agrees, and as their unlikely friendship grows, we learn that she and Sammy understand each other more than they expected.

As a writer, Tsang’s biggest credits to date are the TV series Adventure Time and Steven Universe, and there’s no question that she’s got a talent for creating entertainment for kids, even if Marvelous and the Black Hole is aimed at older ones. It’s a sweet little film that’s very watchable, bolstered by enjoyable performances from the two leads, and has very good intentions when it comes to representation and dealing with issues of grief and loneliness. But it’s a formula movie that only gets more predictable as it goes, has one stock character arc while everyone else remains stationary and tries too hard to be edgy when it really doesn’t need to be.

Cech is a charming presence as Sammy, whose attitude problem is delightful at times, and the chemistry between Cech and Perlman makes for some very cute moments. In fact, the movie is pretty cute most of the way, and as a light diversion, it’s weak but watchable. But Marvelous and the Black Hole really wants to be a sensitive and insightful movie that connects with audiences, and the unfortunate truth is that it’s not. It’s a movie that leaves you feeling like a promising first draft hit a mental roadblock, a lot of place holders were inserted and then Tsang went ahead with everything when she found out she had three weeks to shoot it or she’d lose her funding. Of course, that’s not what happened, but the sad fact is that I’d have more respect for the film under those circumstances, and it honestly brings me down to be writing such a negative review of something so innocuous, and I want to cut the movie as much slack as possible.

Marvelous and the Black Hole is by no means terrible, and it kills almost 90 minutes adequately enough, but everything that it does relatively well was done so much better by The Babysitter’s Club on Netflix. It deserves a participation trophy, but that’s about it. –Patrick Gibbs