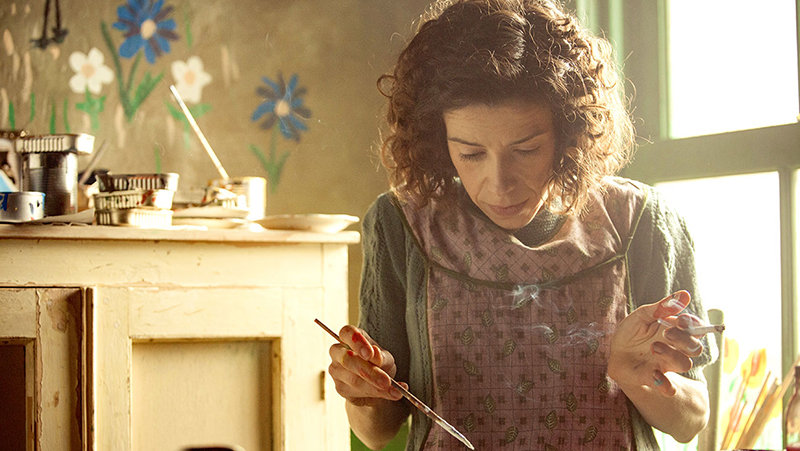 At the risk of sounding like an uncultured oaf, I’m starting to have a problem with films like Aisling Walsh’s Maudie. There’s nothing wrong with it cinematically—in fact, the 1930s-era production design is spot on, Guy Godfree’s rich cinematography expertly captures the sweeping Newfoundland landscape, and both Sally Hawkins and Ethan Hawke deliver nuanced performances that translate into a beautifully subdued chemistry. So why did I walk away from Maudie feeling like I just sat through a film that I’ve seen a hundred times before?

As I was puzzling over this apparent mental contradiction, something quietly dawned on me. Period pieces and biopics based on cultural icons are the comic book movies for the generation of filmgoer that hates comic book movies. Their superheroes are not clad in spandex and capes, they do not liberate metropolises from grandstanding super villains, and they most certainly avoid the use of CGI. Instead, these superheroes wear the clothing of bygone eras—meticulously reproduced by talented costume designers as opposed to computer animators—and liberate their own tortured souls from archaic social restrictions and the like. By that comparison, Maudie is yet another well-directed, well-cast and well-filmed entry in a genre that somehow continues to draw audiences and make money despite the fact that it’s revisiting narrative territory that hasn’t been fresh for decades.

I realize that it’s not necessarily fair to judge Maudie harshly because it happens to be the film that catalyzed this cynical rant—it does have some really good things going for it. For one, it shines a well-deserved spotlight on Maud Lewis, one of Canada’s most revered folk artists—one of her paintings was recently auctioned off for $45,000, to give you a sense of her cultural capital. Lewis was known for painting colorful depictions of her quaint Nova Scotia hamlet while coping with a debilitating case of rheumatoid arthritis. Hawkins (Blue Jasmine) plays the titular role with a pent-up mischief that reflects an artist’s mind trapped within a cage of flesh and bone. Hawke turns a surprising performance as Everett Lewis, the man whom Maud would eventually marry after answering his ad for a live-in housekeeper.

The film takes the viewer through Lewis’s biographical milestones in a predictable fashion, but such is the way of period-piece biopics. Hawkins and Hawke make these scenes blister and heal respectively, and their onscreen presence is what makes this film memorable. Their characters are both social oddballs when they first meet—Maud’s domineering aunt treats her like a helpless invalid, and Everett’s years of solitude have made it difficult for him to accurately express himself. When they meet via the ad that Everett places in the local grocery store, their relationship grows from the rocky soil of a borderline abusive employer/employee relationship into an unexpectedly fortified marriage.

Maudie also treats the audience to some well-crafted moments that illustrate Maud’s inherent need to paint—her first reverent moments with a stray paint can that she finds in Everett’s tiny house show us her deep connection with color and expression. Soon, Maud’s and Everett’s isolated shack becomes an artist’s canvas that blossoms with flowers, birds and other pastoral images—an accessible metaphor for the couple’s evolving relationship.

Overall, fans of period-based biopics or fans of Maud Lewis herself will find plenty of reasons to enjoy Maudie. Sometimes it’s a special kind of refreshing to visit a new film that unfolds precisely the way you want it to. –Alex Springer