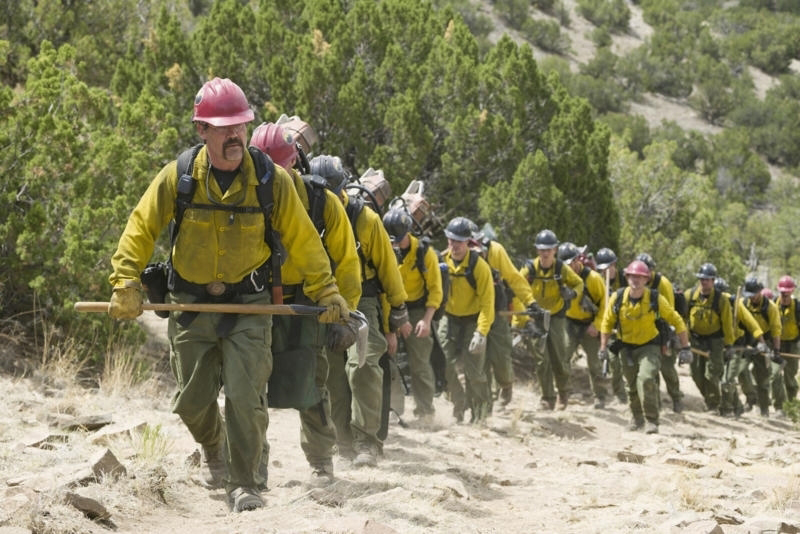 Film Review: Only the Brave

Only the Brave
Director: Joseph Kosinski

It seems like Hollywood is getting quicker and quicker at releasing movies based on real tragedies. It’s almost like you’ll be watching a story on the news, and when they cut to a commercial break, there’s a trailer for the story you’re watching. There’s already been films made for oil spills and marathon bombings, and now, the story of 19 firefighters losing their lives to save a community in Arizona is already on the screen four years after the actual event. This film tells the heroic tale of the Granite Mountain Hotshots, an elite task force of firefighters who laid everything on the line to protect thousands of civilians. What makes this story special is the ordinary aspects of our heroes. They didn’t wear suits of high-tech armor. They weren’t given super-soldier formula. They had their faults. They had their addictions. However, with all of that, they believed in a cause. This is the first time director Joseph Kosinski has stepped out of the science-fiction genre and told the unbelievable story of extraordinary human beings who risked everything to make a difference. The film comes together with the acting power. Josh Brolin commands his squad as Eric Marsh, who refuses to accept anyone not willing to commit 100 percent, which includes Miles Teller as Brendan McDonough, who turns his drug addiction around once he learns that his child is on the way. Along with the courageous at the front of the lines, the wives and families waiting for their loved ones to come home shine a different light on the events, which are captured wonderfully by Jennifer Connelly as Amanda Marsh. There may not be a perfect time to release these types of stories as to whether they’re too early or too late, but the overall factor is that they should be told. These individuals are the true superheroes. –Jimmy Martin