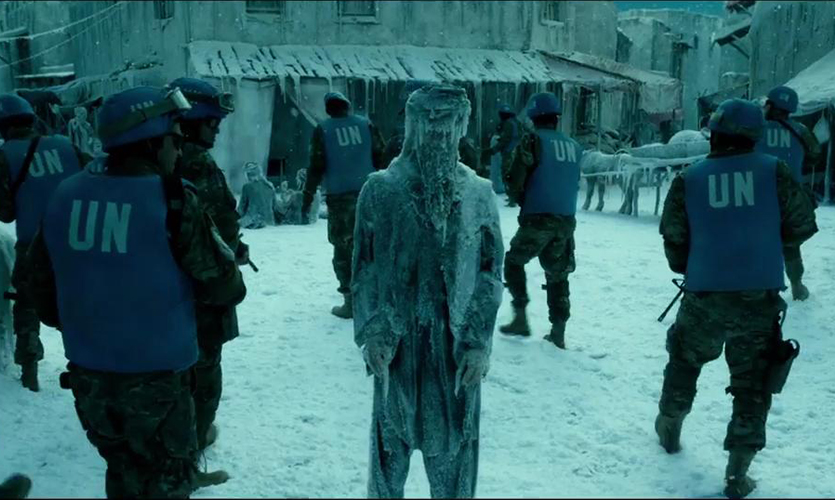 Technology is great, but how long until it destroys the things we’re trying to protect? Hurricanes are leveling countries, creating hell on Earth for millions of people. Earthquakes and typhoons are evaporating communities and making it as if they never existed. If the technology to eradicate these events were available, should we immediately take action or weigh out the pros and cons before jumping the gun? In the not-so-distant future, Jake Lawson (Gerard Butler) has developed such technology, but when it goes awry, fingers are pointed, and catastrophes happen. As oceans freeze and volcanoes erupt, Jake must work with his brother, Max (Jim Sturgess), and his fiancée, Sarah Wilson (Abbie Cornish), to make sure the world doesn’t explode in a rapid succession of environmental disasters. While the action elements of this disaster-porn fiasco look top-notch, the primary focus of this production directs elsewhere. Sure, those looking for skyscrapers collapsing and airlines falling out of the sky will be entertained, as the film is more of a mystery thriller with a “who done it” angle. There are reports of the film sitting on a shelf for multiple years, as those in charge did not know how to push the film. With the recent weather-related happenings across the globe, this may be the perfect time for its release. At times, the project comes across as a made-for-television production, but the majority of viewers will get what they paid for. After all is said and done, it’s just nice to know that the dog survived. You’ll know exactly what I’m talking about after watching it. –Jimmy Martin