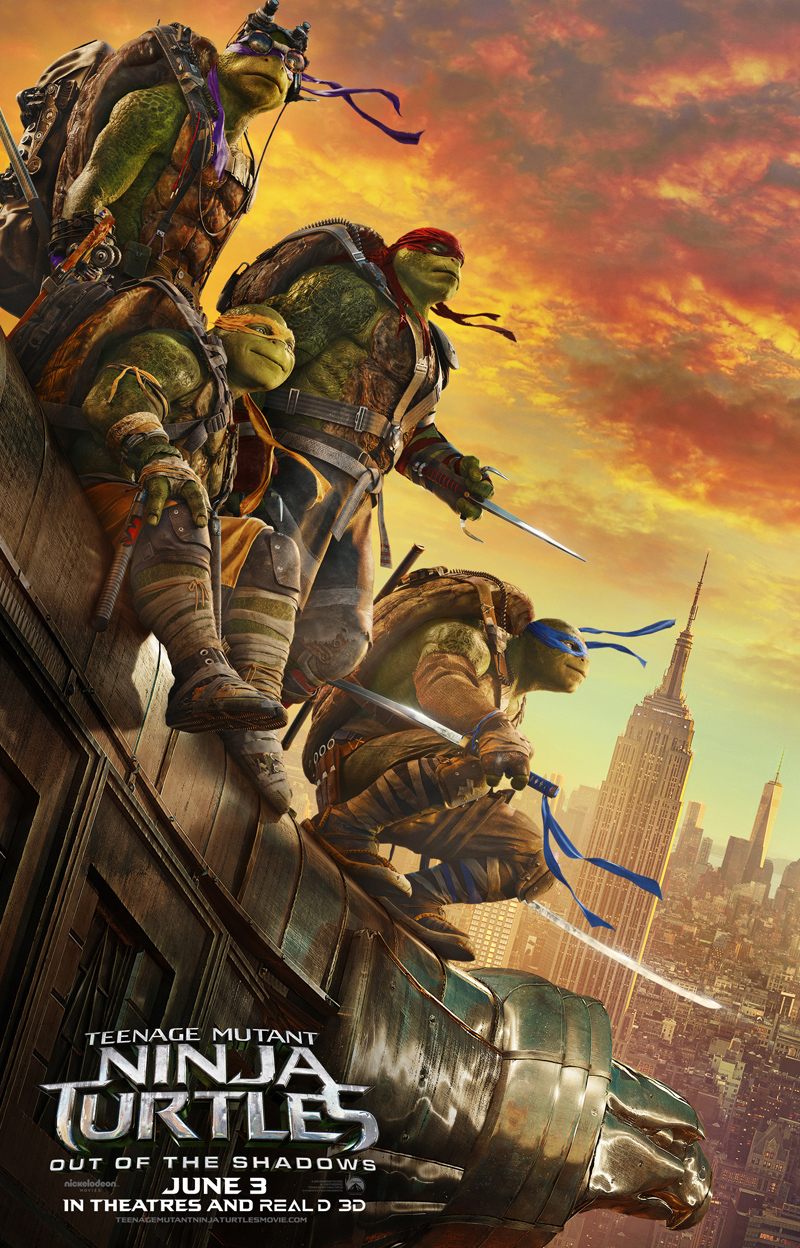 Movie Review: Teenage Mutant Ninja Turtles :Out of the Shadows

Teenage Mutant Ninja Turtles :Out of the Shadows

Teenage Mutant Ninja Turtles was one of my favorite franchises during my childhood. From the cartoon to the first trilogy (yes, even the one with Vanilla Ice’s “Ninja Rap”), I loved watching the martial arts madness where they never really used their weapons. Two years ago, when Michael Bay decided to revamp the franchise, I was nervously excited to see the team back on the big screen. It turns out that my suspicions were correct, because the last project was an abomination. As this new production started rolling out, there were hints of an apology. There was the introduction of Bebop, Rocksteady, Baxter Stockman, Casey Jones and Krang! We got to see Dimension X and The Technodrome! It was everything a Turtles fan could ever want … but from Michael Bay. It’s like getting the best birthday present ever from your douchey uncle. With all of that said, could it be a decent follow-up? Shockingly, yes. The plot is simple. Krang and Shredder team up to transport The Technodrome to Earth, and the turtles attempt to stop them while contemplating their sheltered lives in the sewers of New York City. By no means is it perfect, but it is a HUGE step in the right direction for the franchise. Director Dave Green focuses more on what made the cartoon so much fun and goofy, which is clearly evident in this version’s tone, since Shredder is primarily benched for the wacky antics of his minions Bebop and Rocksteady. Krang is wildly over the top, but that’s how he was portrayed in the ’80s, so no harm, no foul. The greatest correction from the 2014 production is that Michelangelo isn’t trying to get down April O’Neil’s pants the entire time. While many of the jokes fail to land, the action is fun, and I’m interested to see what’s next, which is far more positive than my exit two years ago. –Jimmy Martin