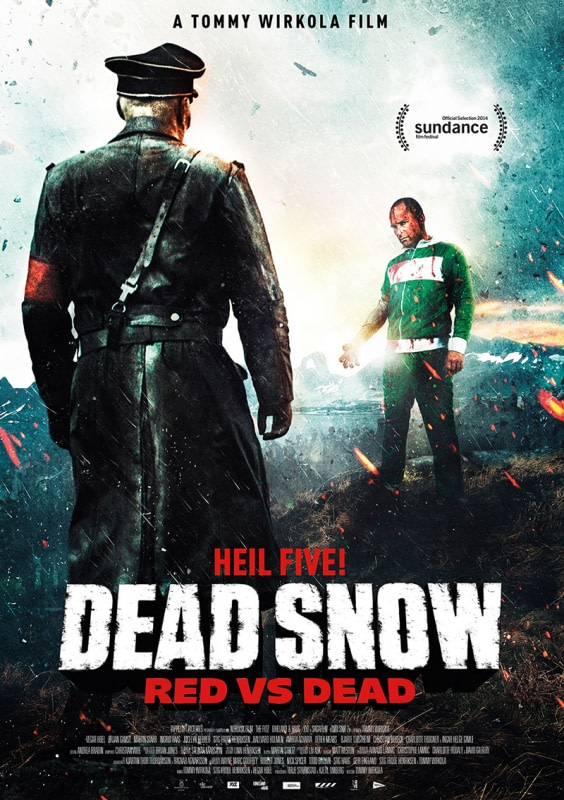 Kristen Stewart plays Amy Cole, a small-town girl who joins the Army to do something important with her life and is assigned to Guantanamo Bay. Despite orders not to treat the prisoners—er, detainees—as humans, Cole forms a kind of friendship with Ali (Peyman Moaadi), one of the imprisoned Jihadists.

At first, Cole/Stewart’s tough-girl façade seems forced and unbelievable, but she pulls it off and gives a surprisingly good performance as she participates in dehumanizing disciplinary acts, is struck with a “shit cocktail,” and is victim to misogyny on both sides of Guantanamo’s internal war. Moaadi, though, might be the best part of the film—he hilariously pesters Cole to procure a Harry Potter book for him and forces her to question the very basis of what she and her country stand for.

The film feels a bit drawn out toward the middle, but James Laxton’s beautiful photography keeps your attention. Sattler’s focus on human interactions and attitudes rather than politics is sure to please crowds while simultaneously questioning the “War on Terror.”

It does seem pretty cheesy when a montage tries to draw parallels between soldiers saluting a flag and Muslim prisoners bowing toward Mecca, though. Camp X-Ray is worth seeing, if not for its criticism of U.S. military practices, then for the only film performance by Stewart that doesn’t suck—although she still bites her bottom lip about a hundred times. –Cody Kirkland

Five years after its predecessor, Wirkola picks up the story at the exact moment where he left us. The sole one-armed survivor of the first endeavor, Martin Hykkerud (Vegar Hoel), narrowly escapes the clutches of General Herzog (Ørjan Gamst) and his army of undead soldiers, but not before tearing off the commander’s arm as well.

After crashing his car in the getaway, Martin regains consciousness in the local hospital only to realize that he has been accused of his friends’ deaths and the surgeon has attached Herzog’s arm to his body. Think 1924’s The Hands of Orlac or 1991’s Body Parts. The appendage has a mind of its own.

For some inexplicable reason, Wirkola decides to tap into the Hollywood tradition of filmmaking and includes the “Zombie Squad U.S.A.,” a trio of zombie aficionados, led by Martin Starr, who travel to The Land of the Midnight Sun to assist Martin’s efforts of putting an end to Herzog’s reign while constantly spewing out annoying lines of dialogue from Star Wars. Where Wirkola succeeded in 2009 with a gruesome horror film that included bits of comedy, he fails this time around with this cheesy comedy that includes bits of horror.

Sure, there are multiple laughs to be had, but it’s not the same fragrance that we fell in love with five years ago. Maybe Wirkola’s introduction to Hollywood last year with Hansel & Gretel: Witch Hunters changed his filmmaking style, but I miss the true grit he once possessed. –Jimmy Martin

There’s nothing more rejuvenating than witnessing a mediocre film somehow strike a chord with audiences around the country, watch it nearly triple its budget at the box office, and know that an unwanted sequel is soon to follow. Such is the case with the dramatizations of the operations taking place at the Clearwater Marine Hospital in Florida.

This time around, Winter, the dolphin with the prosthetic tail from the previous production, is left alone after her tank mate, Penelope, passes away. With the USDA regulation that all marine life must have a partner in their quarters bearing down on the employees, time dwindles as the facility must find a suitable pairing or risk losing their main attraction. While the real life experiences of this facility are extraordinary, watching them in a fictionalized capacity is not.

Director Charles Martin Smith does offer footage from the actual events, just before the end credits roll, which upsets me even more so because I’d rather have watched 107 minutes of that. The disparaging elements to this franchise are the monotonous characters and their first-world problems.

Do I go to a luxurious semester at sea on a beautiful yacht and sail around the world, or do I stay with my dolphin friend? Who cares? However, it was nice of Morgan Freeman to return to his role, deliver the film’s moral lesson for five minutes, collect his paycheck and exit. –Jimmy Martin

If you know anything about the films that have been adapted from Dennis Lehane’s novels (Mystic River, Gone Baby Gone), then you know the multi-tiered emotional states that each character is given and the challenge it is for the actors to fully immerse themselves in those lives. In The Drop, Bob (Tom Hardy) bartends at his cousin Marv’s (James Gandolfini) establishment.

However, Marv lost control of the tavern to mobsters, who now use it to exchange illegal funds from one hand to another. The situation goes from bad to worse when two masked men rob the bar and the mob set the blame on Bob and Marv.

The most prominent accomplishment of this feature comes from the performances of a well-versed cast, which also includes the talented Noomi Rapace. Gandolfini offers one last, powerful performance before his untimely death, but he certainly went out on a respectable note.

While the characters and their shadowy pasts are the film’s highlight, the pacing and storyline need attention. The paranoia and thrilling tones rev their engines to the fullest extent, yet fail to deliver an adequate reaction to the buildup. This shortage of fulfillment could be due to the fact the film is based on a short story rather than a complete novel. –Jimmy Martin

It’s been 13 years since Denzel Washington partnered up with director Antoine Fuqua for Training Day, the role that garnered him the Academy Award for Best Actor in a Leading Role. The two have reunited to bring life back into the 1985 television series that revolved around retired government operative Robert McCall, who fights for those who cannot defend themselves.

In this revitalization, McCall (Washington) lives a quiet life working at Home Mart and dining at the same diner at the same table every evening. Upon witnessing Russian mobsters abusing a young prostitute (Chloë Grace Moretz), the trained killer takes it upon himself to set the wrongs right. Washington and Fuqua hop back on the saddle as if they never left it and continue to produce stylized action that oozes with calculated charisma.

I don’t know what deal Washington made with the devil, but he continues to get more badass as time moves forward. The violence embedded within the film is not for the faint of heart, but it’s definitely in alignment with Fuqua’s previous endeavors.

If you thought this director loved power tools with his Stanley Tools commercial at the beginning of his career, wait till you see what he has Washington do with a power drill. You’ll never look at a Home Depot or a Lowe’s in the same fashion again. Yikes! –Jimmy Martin