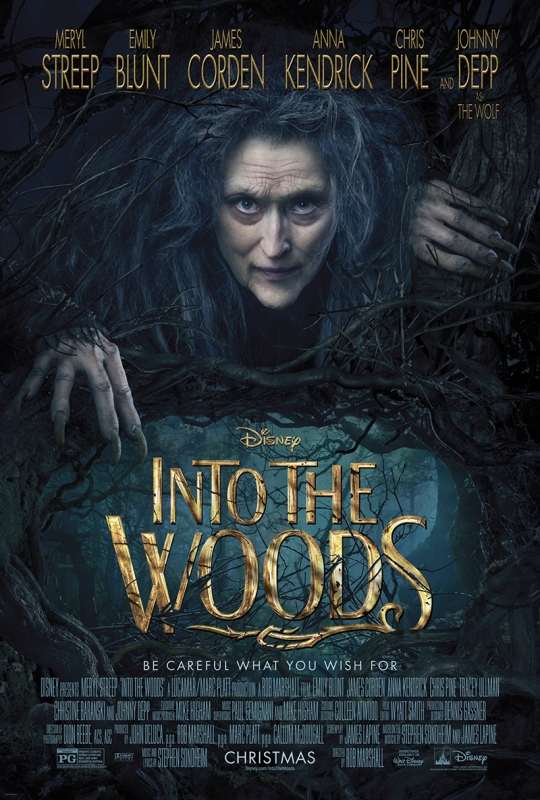 Annie
Director: Will Gluck
Sony
In Theaters: 12.19.14
Upon hearing that Will Smith and Jay Z were producing a cinematic remake to the 1982 musical Annie with Willow Smith (Will’s daughter) as the lead, expectations were miniscule, to say the least. However, when Quvenzhané Wallis—star of 2012’s Beasts of the Southern Wild—signed on, the sun came out from behind those dreadful clouds. The story follows foster child (not orphan) Annie (Wallis) as she becomes a media stunt for New York billionaire Will Stacks (Jamie Foxx) as he campaigns for mayor and attempts to charm his way into the office. As the ploy appears to be working, the two form a bond that may not be as bogus as the scheme they’re pulling on the voters. Memorable musical numbers such as “Tomorrow” and “It’s the Hard Knock Life” get the bass-induced remixes thanks to Mr. Z, but it’s in the downtime moments that this film finds its true heart and soul. Wallis and Foxx share an authentic father-daughter chemistry in between songs, but the amateurish choreography appears to be too much for the child star and her young peers. If I can ask the world for one favor, it’s to never have to listen to Cameron Diaz sing another note. That’d be delightful. On the other hand, director Will Gluck has definitely improved his craft and sense of humor since his first feature, Fired Up!, which I have credited as the nastiest review I have ever written, and deservedly so. –Jimmy Martin

The Hobbit: The Battle of the Five Armies
Director: Peter Jackson
Warner Bros.
In Theaters: 12.17.14
It’s been 13 years since director Peter Jackson brought audiences into his version of Middle Earth with the Lord of the Rings trilogy. Once those were completed, it was nine years later when he released the first of three films that adapted J.R.R. Tolkien’s prequel to the former stories. Now, we have reached the conclusion of Jackson’s journey with hobbits, orcs, dwarves and elves with The Hobbit: The Battle of the Five Armies. We pick up precisely where the second cliffhanger concluded with the dragon, Smaug, laying waste to Laketown in a fiery attack. Without giving too much away, the majority of the film is dragon-less, and the spotlight is set on the dwarves as Thorin Oakenshield (Richard Armitage) copes with the acquisition of his castle, but must immediately defend it as word spreads of the mountainous fortunes residing in his palace. While many Tolkien fanatics despise Jackson’s additions to the storyline, for someone who has never read the source material, I quite enjoyed the inclusion of Legolas (Orlando Bloom) and Tauriel (Evangeline Lilly). In fact, they add the greatest elements to the action sequences. Martin Freeman as Bilbo Baggins has been a delight since the first foot was set forward, and the tradition continues to the end credits. Jackson leaves Middle Earth on a high note with a stunning battle that embodies the majority of the film. –Jimmy Martin

Into the Woods
Director: Rob Marshall
Disney
In Theaters: 12.25.14
This critic is a sucker for musicals. There’s something special about hearing catchy show tunes on a stage or in a movie theater and immediately singing them in the car on the way home. However, such is not the case with Stephen Sondheim and James Lapine’s Broadway show, brought to the screen by director Rob Marshall. The story follows a baker (James Corden) and his wife (Emily Blunt) as they attempt to complete the tasks given to them by a witch (Meryl Streep) in order to lift a curse that has been keeping them from being able to conceive a child. Along the journey, a clutter of fairy tale characters impact the outcome, including Cinderella (Anna Kendrick), Prince Charming (Chris Pine), Red Riding Hood (Lilla Crawford), The Wolf (Johnny Depp) and Jack (Daniel Huttlestone) with his magical beans. While the theatrical stage-play elements with costuming and set designs are inviting, Sondheim’s musical components are not. As the end credits scrolled down, I could barely recollect one worthwhile musical number. Marshall is no stranger to the musical universe (his adaptation of Chicago won Best Picture in 2003) and delivers superb performances from the ensemble cast, but this musical execution is far from that caliber of greatness. –Jimmy Martin

Top Five
Director: Chris Rock
Paramount
In Theaters: 12.12.14
It’s been far too long since we’ve seen Chris Rock be funny on the big screen. Sure, the checks he’s cashed from Adam Sandler’s cinematic catastrophes clear at the bank, but this was once one of the funniest comedians on the circuit. To this day, he is still my favorite host of the Academy Awards because he gave that room of celebrities exactly what they deserved: the truth. As you can imagine, it’s great to see Rock step away from the Happy Madison atrocities and sink his teeth into this passion project in which he directed, wrote and produced. Essentially, Rock plays a characterized version of himself named Andre Allen, who is currently promoting his latest dramatic role when all anybody wants is their once entertaining comedian. Enter journalist Chelsea Brown (Rosario Dawson), who wants to write an honest profile piece on Andre and begins by asking him why he isn’t funny anymore. Ouch. Rock walks a fine line between reality and fiction as he delves into hysterical stories of his former days as a stand-up comedian and introduces Chelsea—and the audience—to his real friends. It’s obvious that Rock made a favor call to all of his comedian pals—and it’s good that he did. Witnessing Jerry Seinfeld make it rain in a sketchy strip club was absolutely priceless. Rock reignites his inner hilarity by breaking free of clichéd family comedies and reminds us of the comedic golden gun he can still shoot like a skilled marksman. –Jimmy Martin

Wild
Director: Jean-Marc Vallée
Fox Searchlight
In Theaters: 12.05.14
It seems like only yesterday that Reese Witherspoon was the innocent teenager in films like Fear and Cruel Intentions. It’s crazy what almost two decades and a Best Actress Oscar can do to someone’s career. In this tale of rejuvenation and self-realization, Witherspoon portrays the real-life Cheryl Strayed as she decides to hike 1,100 miles on the Pacific Crest Trail after a tragic event brings her crumbling life into perspective. Witherspoon sheds more than her makeup in this daring role that leaves her vulnerable to the elements of man and Mother Nature. Director Jean-Marc Vallée successfully completes the task of turning a story of a dysfunctional woman walking alone—which could easily collapse into a monotonous expedition—into an engaging and humorous story of redemption, and, with the help of cinematographer Yves Bélanger, he captures the ever-changing colorful beauty of the Pacific Coast’s rural regions. As Cheryl takes one step after another, she comes across a slew of unique individuals that either reaffirm her trust in mankind or make her weep for the future. Witherspoon offers yet another award-worthy performance that is sure to garner the attention of multiple ceremonies, and I wouldn’t be surprised if she needed to clear some room on the mantle for what’s to come. –Jimmy Martin