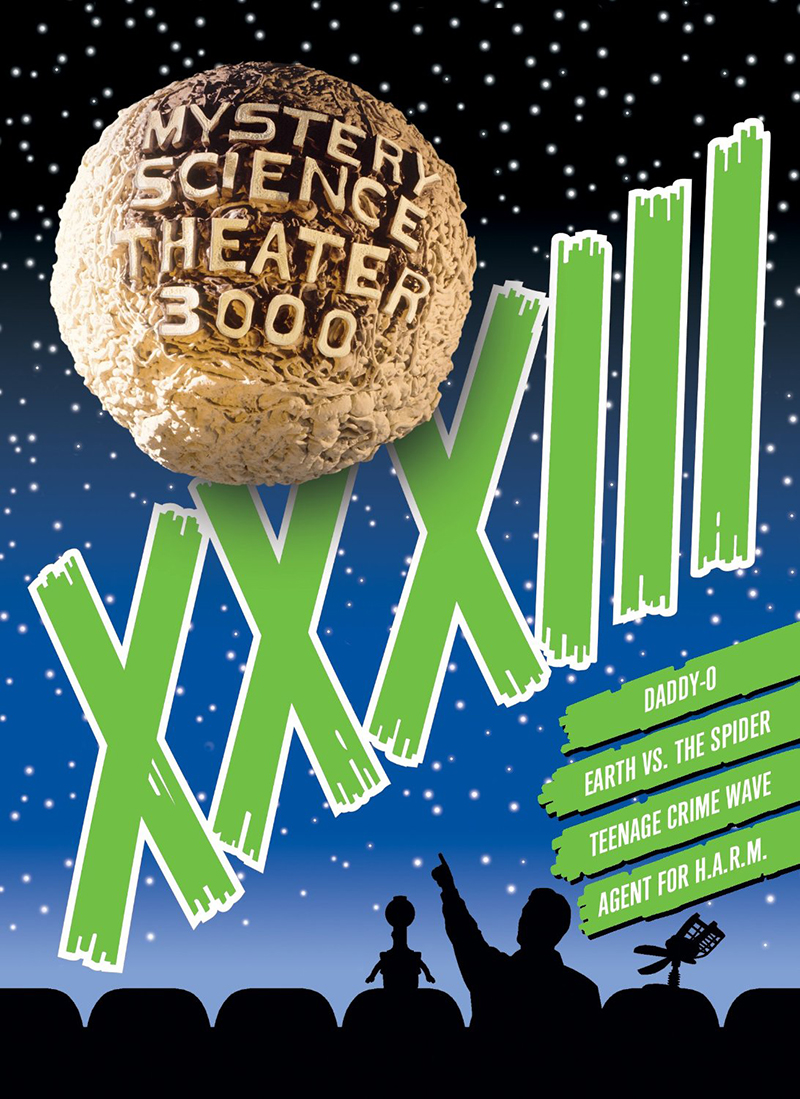 Continuing their dominance over The Simpsons for most DVD volumes released from a single television series, MST3K releases their 33rd volume of films from the satirical series. I’d call this run a more down-to-earth volume, as you’re only given one sci-fi flick in the mix in the form of Earth vs. The Spider. But the other three are amazing piles of odd in their own right, with Teen-Age Crime Wave, Daddy-O and Agent Of H.A.R.M. You get the usual assortment of Joel/Mike episodes to make the fans happy, with the usual assortment of special features like the wrap-around segments for when they split the episodes into 1-hour shows. The best feature of the set has to be the interview with Peter Mark Richman, a character-actor that many would recognize from ’60s and ’70s television, talking about being the lead actor in H.A.R.M. and parts of his own amazing career in film and television. To be blunt, this is an average volume in the collection when you compare it to all the special features you’ve seen before, but at the same time, you have to realize they can’t keep making retrospect features when they’ve covered all the ground they can. The Mystery Science Theatre 3000 films are still fun to watch, so just go buy it, you super-fan you! –Gavin Sheehan