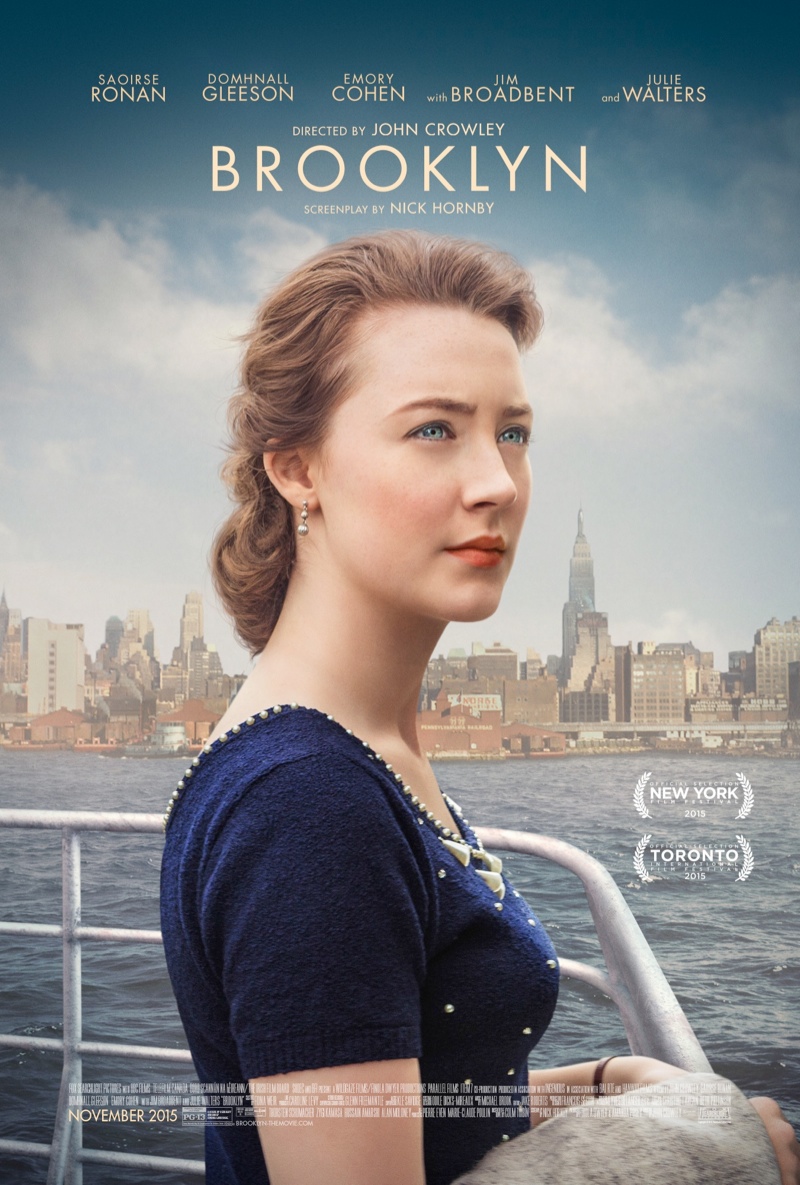 It’s always a pleasure to witness a child actor successfully make their way across the bridge to adulthood while maintaining their craft. It’s not an easy task—ask Mary-Kate and Ashley Olsen. Such is not the case with Saoirse Ronan as she literally transforms in John Crowley’s tale of a young Irish girl leaving her homeland to find herself in America. Ronan stars as Eilis Lacey, a shy, straight-laced young woman who is given the opportunity to move to Brooklyn, New York. In the beginning, she keeps to herself and refuses to stir up any trouble, but as she makes friends, attends college and finds love with Tony (Emory Cohen), Eilis discovers her true calling. That is, until tragedy strikes back home, which sends our protagonist back across the pond and forces her to reevaluate her life. Ronan is fantastic as the audience watches an insecure child develop into a confident woman in the span of two hours. While the story is simple, a major plot point feels artificial with the progression Eilis has made. Without ruining too much, to portray her character as someone who would question her solid romantic relationship for anyone who bats an eyelash and is polite is objectionable. With that said, Crowley transports viewers with a brilliant cast and authentic set decoration. –Jimmy Martin