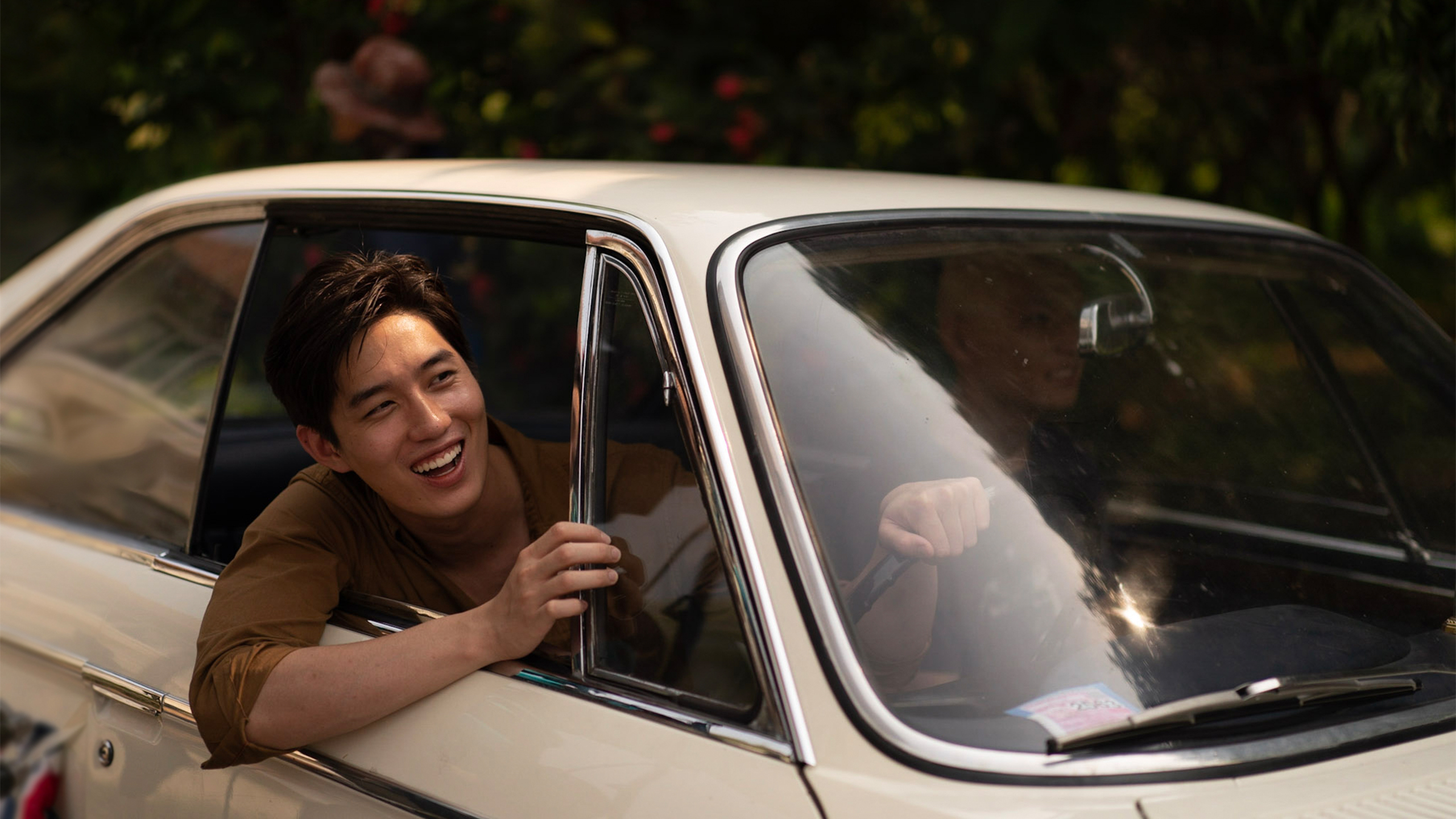 Sundance Film Review: One for the Road

One for the Road
Director: Baz Poonipiriya

In One for the Road, Boss (Thanapob Leeratanakajorn, Heart Attack) lives a seemingly charmed life running a popular bar in New York City, bedding an endless parade of female customers after hours. One night, his estranged friend Aood (Ice Natara, The Collector) calls from Bangkok with the news that he’s dying and asks Boss to come home. The two travel down memory lane throughout Thailand (metaphorically, that is: it’s not the name of an actual street, and in a movie lacking in subtlety, the clarification is needed) returning items to Aood’s ex girlfriends, one by one. Boss becomes more and more impatient with his friend’s sentimentality and lack of focus on chemotherapy, drinking or getting laid, but Boss doesn’t know the whole story. When Aood has one last gift to return, the event provides quite a bombshell that will test the pair’s friendship and add a whole new layer of sexism to this already chauvinistic and immature exercise in smug, whiny self indulgence.

There’s no shortage of talent on display in One For The Road, with Thanapob and especially Natara giving very strong performances. Violette Wautier deliver’s a charming supporting turn, but the knockout is Aokbab Chutimon Chuengcharoensukying in a small role as an aspiring actress. Cinematographer Phaklao Jiraungkoonkun does truly excellent work, and while Director Baz Poonpiriya has a lot of visual skill, he uses all of it to imitate other directors, including Baz Luhrmann, John Woo and even Michael Bay. In fairness, some of this is for comedic effect, and when that’s the case, it works pretty well, but I never really felt like I was hearing Poonpiriya’s own cinematic voice. One for the Road is very much an example of a movie of other movies, and as such it feels contrived and phony most of the time, and has almost nothing to do with real life. (And as a side note, can we please all agree that the only emotion that can ever be invoked by using “One Is The Loneliest Number” is anger at the thought of really bad songs sometimes become immortalized?)

If Poonpiriya had fully embraced the fact that he was making a larger-than-life millennial fantasy, One for the Road would have worked a lot better for me. But the final act takes itself so deadly seriously and thinks it’s so much more of a game-changer than it really is, particularly in terms of making Boss into a sympathetic and likable character. For me, all of the central characters are phenomenally selfish, and the ham-fisted attempts to place the blame for all of Boss’s odious behavior on others in the last third doesn’t absolve him of anything—it just illustrates that none of these are people I wanted to be wasting two hours of my life with and left me questioning why anyone would want to date or be friends with any of them.

I really wanted to like One For The Road, and it’s hardly without its moments. But it’s irritating, flashy and shallow beyond words, and I was thoroughly disappointed and ultimately very glad when it was over and I didn’t have to spend another moment with these people. –Patrick Gibbs