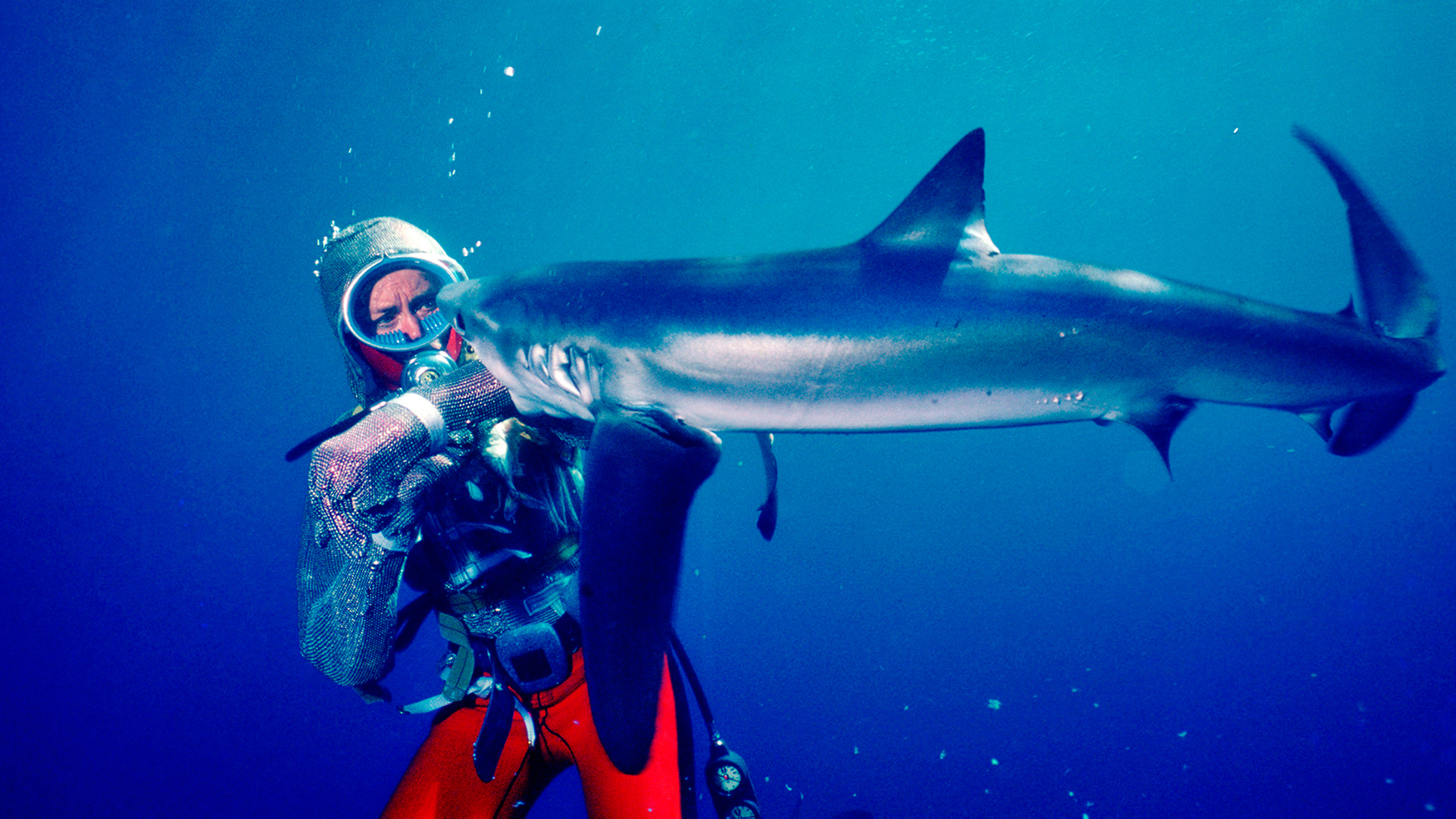 The answer to the question of how to make documentaries interesting to mass audiences has long been to take them underwater, and in particular, to feature sharks. But director Sally Aitken’s Playing with Sharks is so much more than just the latest cash grab on the subject—it’ s a loving tribute to an extraordinary person.

Valerie Taylor is a fearless diver, marine conservationist and Australian icon who has dedicated most of her life to exploring the beauty of sharks. She forms a sought-after underwater cinematography team with her husband, Ron, and even shoots the real sharks in Steven Spielberg’s Jaws, the movie that made sharks into a worldwide obsession. But with this tremendous success came a downside, when what was meant to be a work of fiction colored perceptions and stigmatized the animals in ways that put them in danger as a species, and the Taylors promptly and boldly began a mission to educate the public on the truth, even when that meant putting on a chainmail suit and trying to get sharks to bite her—which they did—much in same way a dog would do.

Valerie is now in her 80s, reflecting on her lifelong journey in and under the sea and alongside the man she loved, and her candid and sometimes emotional interviews are as breathtaking as the remastered 16mm footage which transports us to the mysterious deep and testifies to the richness of the ocean as it once was.  Today, only a small percentage of sharks are left, but the ones we have, and our greater understanding of them, are in no small part due to the work of the Taylors.

Aitken (The Pool, In The Wake of Captain Cook) may well have created her masterpiece with this stirring, beautiful and wildly entertaining experience. I’d love to see Playing With Sharks playing on IMAX screens some day, but for now, I just consider myself privileged to have seen it.

The stock footage that Aitken has managed to assemble is a treasure trove of cinematic and scientific history, and the new material is just as good. This film made me fall deeply in love with Valerie Taylor, and not just in the way so many did back when she was a young gorgeous blond girl making diving interesting to those who cared nothing about marine life: The sheer human goodness she exudes in her interviews and those eyes that are deeper than the ocean itself are beyond inspiring.

Spielberg is my cinematic God, having been one of the most pivotal players in inspiring my obsession with the medium, and I couldn’t even guess how many times I’ve seen Jaws. Aitken gives the movie its full due as the groundbreaking triumph it was and still is, but doesn’t let it off the hook (no pun intended) when it comes to the disservice it did to the very species it immortalized, and Valerie Taylor’s mixture of emotions toward the film are fascinating to try to absorb.

I so don’t want to stoop to the cliché of saying that if you only see one film at Sundance, Playing With Sharks is the one to choose, but I think I just did, and I don’t regret it. This movie made my heart soar and it made me feel alive and in awe of the wonders of nature and the tenacity of an amazing woman who has spent her life doing what she loves and making a difference in the world in the process, and I cant wait to see it again. –Patrick Gibbs