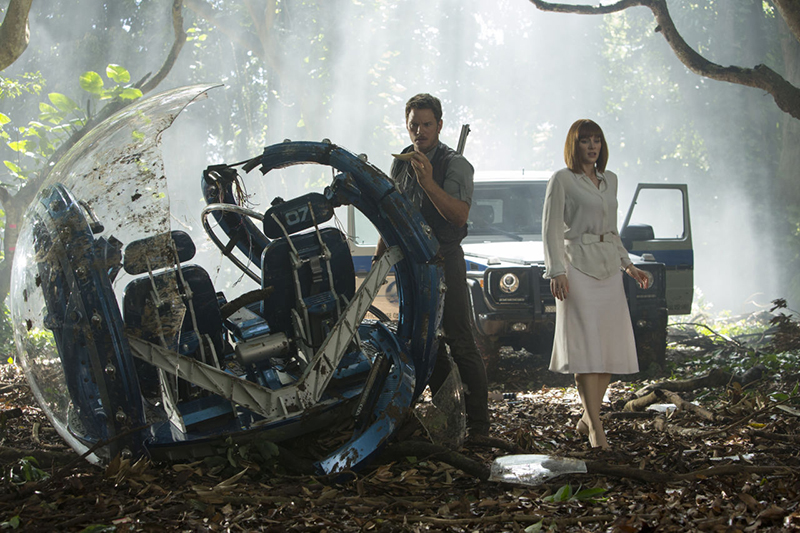 It’s hard to believe that it’s been exactly 22 years since the original Jurassic Park attempted to open its doors, but that’s where Jurassic World begins. Now that John Hammond’s idea has become a reality and Claire (Bryce Dallas Howard) is doing everything she can to run a successful theme park, the notion of creating new dinosaur breeds by splicing various DNA strands together is the latest attraction. Once the Indominus Rex breaks out— and of course she does, or else it’d be a boring movie—Navy vet Owen (Chris Pratt) must track down the beast before disaster strikes. Spoiler alert: Disaster strikes. The greatest accomplishment of director Colin Trevorrow’s vision is the solid foundation of the park’s establishment. From the VIP wristbands and petting zoo to the spinning-egg ride and Jimmy Buffett’s “Margaritaville,” it all feels too real. The venture is the epitome of a summer blockbuster. Turn your brain off and drool into your popcorn. The second you start picking away at the impracticalities of a dinosaur theme park, you’ll lose your mind and forget the purpose of the production. I do appreciate the fact that Howard is not always the damsel in distress, especially since she saves the leading man’s life on multiple occasions. While this chapter may not live up to the original’s classic status, it certainly revived the franchise in a much-needed fashion. –Jimmy Martin