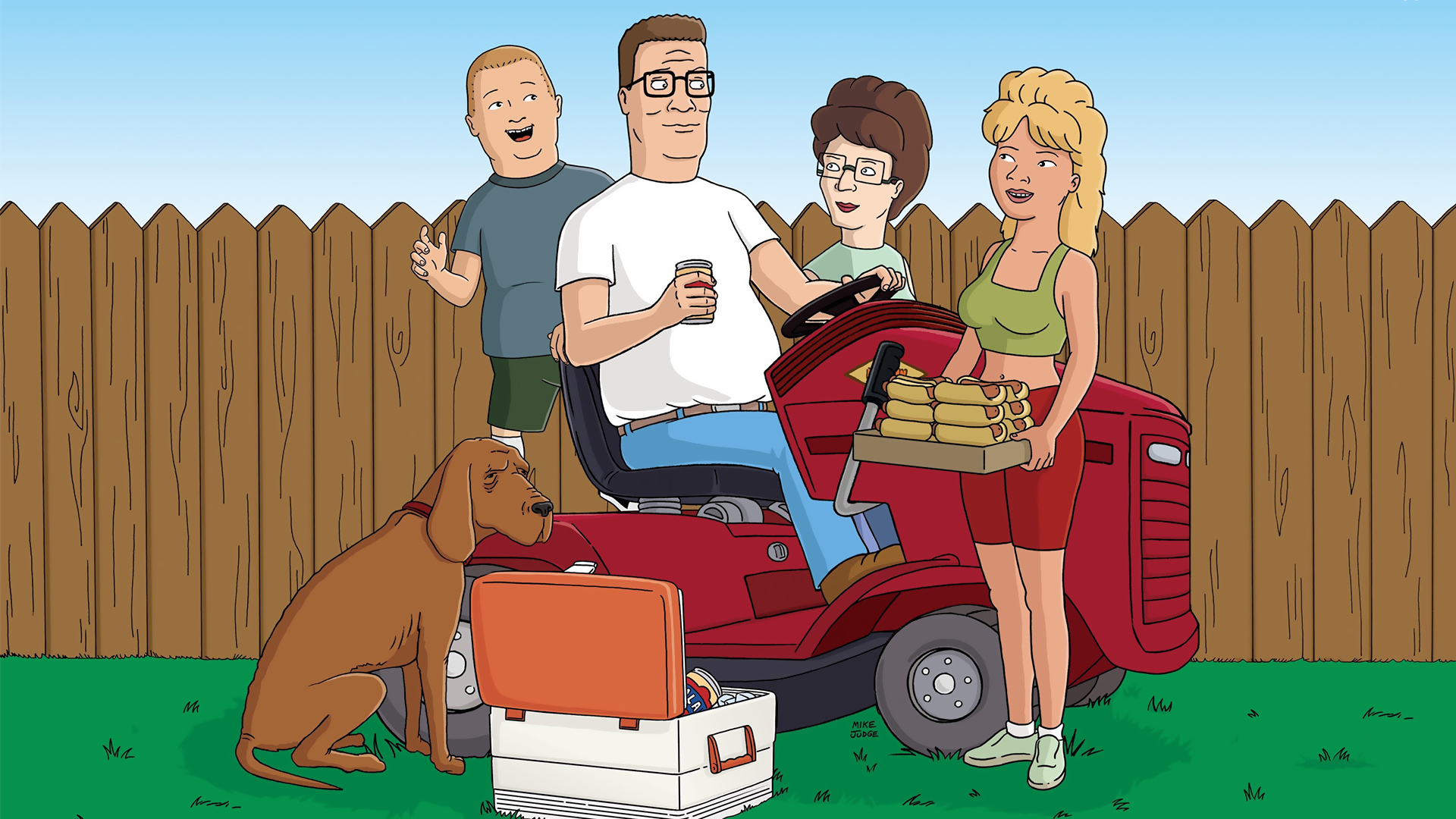 Review: King of The Hill: The Complete 11th Season “I tell you whut…” King of The Hill stands up as one of the funniest animated shows for adults. The best part is that the older I get, the funnier it is. Back in the day when Hank Hill was just a minor character in Mike Judge’s Beavis and Butthead arsenal, I could have never imagined that as an adult I would actually end up knowing people like Mr. Hill. I know Utah doesn’t quite equate to Texas, but the smaller the town you live in here, the more Hill families you know. Hell, you may BE a Hank, Peggy, LuAnne or Bobby. Whether you are laughing with them, or at them, I guarantee you are still laughing.

The 11th season originally aired on Fox the first half of 2007. It’s highly possible that some of the people going out to buy this 2 disc DVD pack weren’t even old enough to be allowed to watch it when it hit the airwaves. You can, at long last, tell your mom to cool it, as it is relatively tame compared to most other cartoon shows for adults, and is especially more kid-friendly than its source material. You could watch this season with your cooler relatives and older kids (the younger kid-folk might not understand most of the humor), or you could turn it into a drinking game with your buddies. For example, take a shot every time Hank cries out in horror, or Peggy botches Spanish. You’ve got a lot of opportunities for all the Hill-isms as each episode basically centers around a different character.

The season starts off with one of my all-time favorite King of The Hill episodes: The Peggy Horror Picture Show. No, it’s not a musical (thank god). Peggy finds a new shoe store, that just happens to cater to a more “fabulous” crowd. Knowing both her and Hank’s tender sensibilities, they are oblivious to the fact that the new friend Peggy brings home from this store selling enormous women’s shoes is, in fact, a transvestite. The episode is actually very open, frank, and understanding. It’s not her friend Carolynn that is discriminated against for being a man in lady’s clothing, it’s Peggy that feels the brunt of otherness for being a biological woman. The idea of drag as an art form isn’t played up for cheap laughs, and it’s surprisingly progressive and inclusive. The lesson is overwhelmingly feminist—that ladies come in all shapes and sizes, and femininity is in the eye of the beholder. After 10 previous seasons joking about Peggy’s enormous man-like feet, she is finally vindicated and allowed to be the woman she is.

Stick around for other episodes like “Serpunt,” where Hank and Dale lose Bobby’s new pet snake in the sewer system. Best part: laugh giddily like I did to LuAnne screaming “It knows I’m a Christian!” as the snake comes toward her. You’ll go on to learn a little more about Bill Dauterive’s backstory on his family and the history of his amazing barbeque sauce. Connie and Peggy team up to sell houses in “Glen Peggy Glen Ross,” and every time “squid boat” is yelled out, it becomes funnier and funnier. On disc two, Bill gets an unlikely girlfriend that freaks out the entire town, and Hank has some amazingly cringe-worthy awkward moments. For video game fans looking for some 2007 nostalgia, Peggy gets a little addicted, and the games are just how I remember them. She’d probably be lining up this year for Fallout 4. And, oh hey, LuAnne finally gets married!

If you are a fan of King of The Hill, or even if you have never bothered checking it out, get this season. It’s got a little something for everyone, and it’s not terribly offensive so that it can be enjoyed by all ages and levels of swears. Plus, you get bonus comedy factor if you can picture your neighbor, co-worker or weird cousin in one of the roles. Texas might, in fact, do things a little bit bigger, and Mike Judge has always done comedy in his own sardonic, genius way. –Rachel Jensen