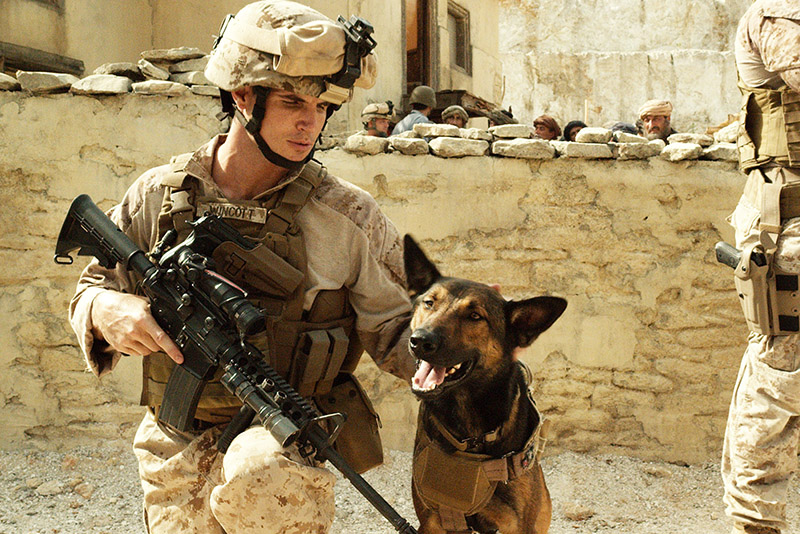 I honestly had no idea how long dogs had been used in the military to seek out mines and weapons caches, or that some could acquire PTSD like their human handlers. In Boaz Yakin’s family-friendly tale, we follow a Belgian Malinois named Max who loses his handler, Kyle Wincott (Robbie Amell), during a firefight in Afghanistan and can no longer perform his duties due to PTSD. Since Robby’s Law prohibits the military from simply euthanizing the animals (thank Crom), Max is adopted by his handler’s family, which consists of Ray (Thomas Haden Church), Pamela (Lauren Graham) and Justin (Josh Wiggins), who already have their own issues. However, when Kyle’s former friend and fellow soldier Tyler (Luke Kleintank) returns home under questionable circumstances, Justin begins to unravel the mystery of his brother’s death. Yakin’s script feels as though it’s been sitting around for decades and no one thought to freshen it up. His heart is in the right place, but the execution is hindered with dated dialogue and unexplainable racism. The inclusion of teenagers riding their bikes everywhere is much appreciated, but that’s certainly not enough to claim victory. The overt use of patriotism is enough to make you want to move to Canada. Max (aka Carlos) is adorable, and children will love him, but most parents will be found asleep in the chair next to them. –Jimmy Martin